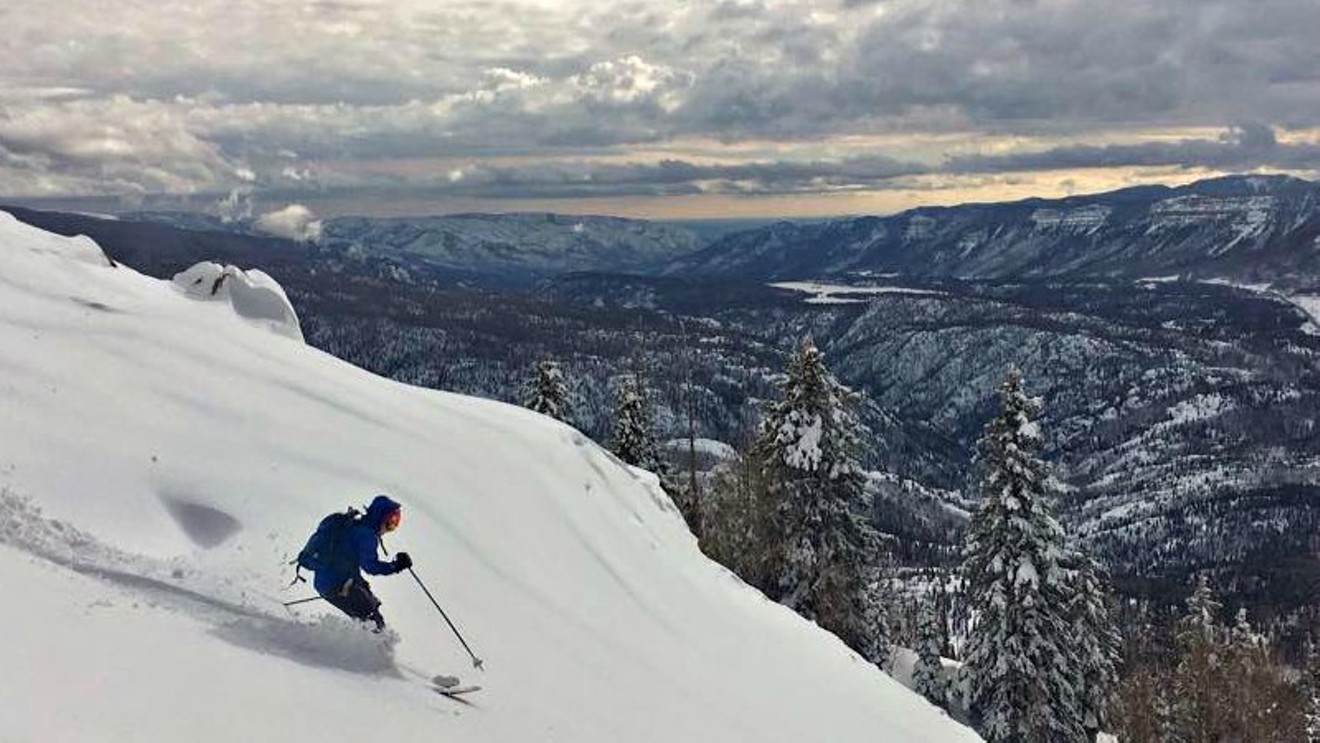 Abel Palmer cutting through virgin powder in a Facebook photo shared last February. Facebook
The first person to die in a 2018 avalanche in Colorado has been identified as Abel Palmer, a 27-year-old who was raised in Telluride before relocating to Durango. He's being remembered as a great friend and a classic outdoorsman who lived by the motto "Legends never die."

As we've reported, the incident involving Palmer took place on Sunday, January 21, between Red Mountain Pass and the Town of Silverton, in an area known to locals as Sam's Trees.

The North American Avalanche Danger Scale used by the indispensable Colorado Avalanche Information Center has a five-level scale. Over the weekend, the mountains that include Sam's Trees were ranked in the third slot, labeled "Considerable," in part because "the Northern San Juans [saw] up to 20 inches of new snow in a 24-hour period," according to San Miguel County Search and Rescue.

The CAIC is currently investigating the accident, with a report expected by week's end. But center director Ethan Greene told the Durango Herald that Palmer was skiing with a partner when the avalanche was triggered, likely because new snow atop a weaker, thinner layer from previous weather systems broke free. "The avalanche wasn’t very big, but in the wrong place it can be very dangerous," he told the paper. 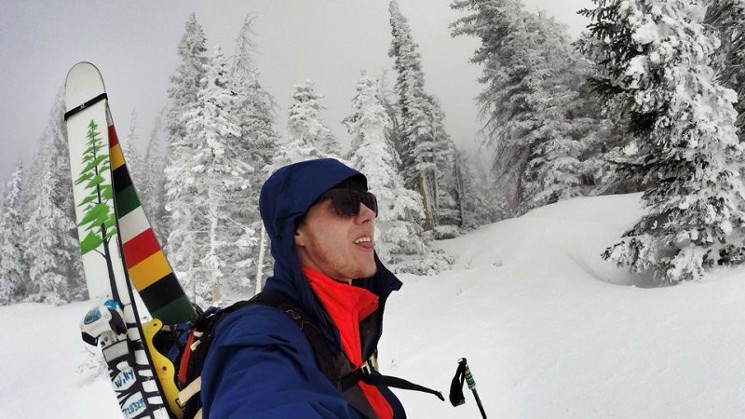 Abel Palmer in the high country circa 2015.
Facebook
Palmer's Facebook page reveals that he attended Telluride High School, studied at Fort Lewis College and was working, appropriately enough, at the Durango Sports Club. His photo gallery is filled with images of him skiing and enjoying other outdoor activities.

In the hours after news broke about Palmer's passing, the page turned into an online memorial. One friend wrote, "What a tremendous honor it was to know and love you, Abel Palmer. You were a light, and it was a profound blessing that I had the opportunity to feel you shine. Thank you. My prayers and thoughts to all the Telluride family in this time of grief."

Another added: "You were one of the most caring, compassionate and devoted friends I have known. Abel Palmer expressed such a passion and excitement for life. Thank you for all of the memories. Few people take advantage of life with as much enthusiasm and passion as Abel. Rest peacefully my friend."

Plenty of images have been shared as well, with one of the most notable being a brief letter built around a favorite Palmer phrase: 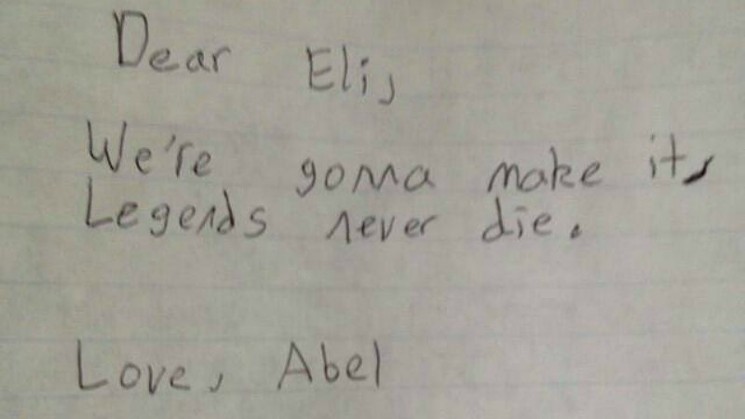 These words are echoed in a number of additional posts. Here's an example: "Rest In Peace, Able Abel Palmer. Truth be told, legends never die. Stay up Telluride. Sending love to everyone. Gonna miss you my friend."

The theme is also echoed in an item that reads: "'Everything is changeable, everything appears and disappears; there is no blissful peace until one passes beyond the agony of life and death.' 'Even death is not to be feared by one who has lived wisely.' Abel Palmer rest in peace homie! I'll see you soon:)"

One loved one wrote: "The earth is short one bright light today. Abel Palmer you will be missed deeply. Your energy was truly great and you had a smile that could change my day. You are one of the most bad ass, adventurous people I know. I am grateful for the times we shared together. Through mine and the hearts of many others you will live on. #resteasy #legendsneverdie."

Following the hashtags is this paragraph, labeled "PSA:"


People please be careful out there!!! Danger is real. When getting outside to enjoy the great weather or the fresh snow or whatever — know your shit. Test the snow and don't take unnecessary risks. Accidents happen, whatever you can do to stay safe healthy and alive do it!!! Your life is precious and people love you!!!

Services for Abel Palmer are pending.