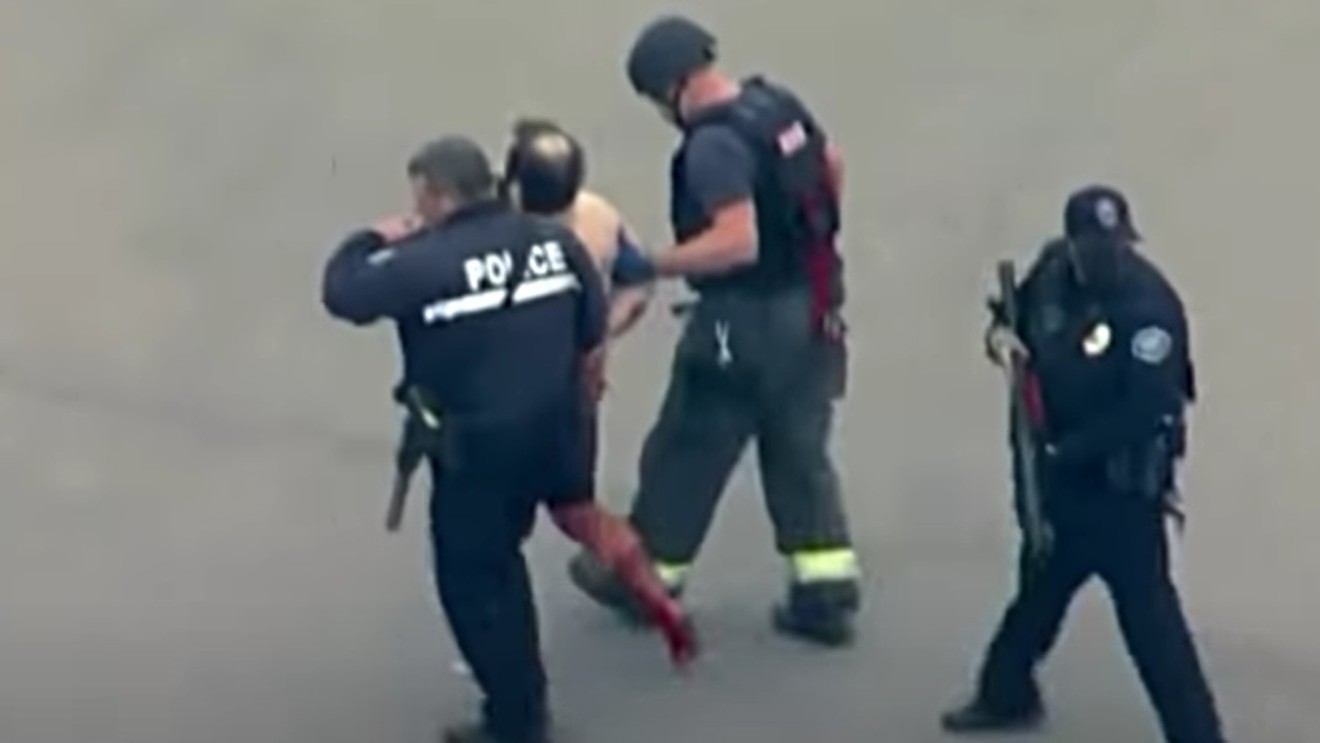 The King Soopers shooting suspect being led away from the scene by police officers. ABC News via YouTube
During the second of two press conferences following the tragic March 22 shooting at a Boulder King Soopers that left ten people dead, Boulder Police Chief Maris Herold referred to the firearm wielded by the thus-far-unidentified gunman as a "patrol rifle" — a description widely interpreted as referring to an AR-15-style assault weapon.

Such armaments were prohibited in Boulder in 2018, but they just became legal again on March 12. And the organization that deserves a large slice of either the credit or the blame (depending on your point of view) for this development is the National Rifle Association, which supported the lawsuit that doomed the Boulder law.

"Inside New NRA-Backed Attempt to Kill Boulder's Assault Weapons Ban," our story published in July 2018, included an interview with Richard Westfall, the attorney leading the charge against the ban on behalf of two private citizens, Robert Lynn Chambers and James Michael Jones, as well as the Colorado State Shooting Association and Gunsport of Colorado. Their complaint focused on "the state preemption issue," he explained.

"The Colorado General Assembly identifies firearms issues as matters of statewide concern," Westfall continued. "So when there were questions about local jurisdictions having conflicting gun laws, they weighed in and created a very comprehensive preemption statute that basically bans local jurisdictions from engaging in this kind of piecemeal regulation of firearms." 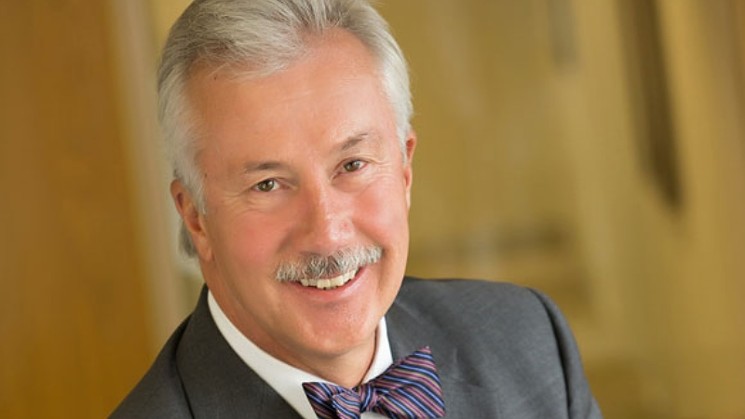 Attorney Richard Westfall was among the attorneys who filed the original lawsuit against the Boulder assault-weapons ban.
westfall.law
As Westfall read the statute, he saw it as clear evidence that "local jurisdictions have been told they aren't supposed to wade into this area."

The NRA wasn't an official plaintiff in that case, but Westfall confirmed that its Institute for Legislative Action was providing powerful assistance. At the time, the organization's executive director, Chris W. Cox, offered this statement: "Prohibiting law-abiding 18- to 20-year-old adults from purchasing firearms and banning some of the most commonly used self-defense firearms in America will do nothing to improve public safety. Gun control only makes it harder for law-abiding citizens to protect and defend themselves. The NRA will do all we can to restore the Second Amendment rights of Boulder's law-abiding citizens."

That happened on March 12, when Boulder District Judge Andrew Hartman ruled in favor of the plaintiffs, using the same legal rationale that Westfall had outlined.

One section of Hartman's order argues that Boulder's assault-weapons ordinance "materially impedes the state’s interest in preventing inconsistent local firearms regulations because assault weapons are not prohibited under state law, possession and transfer of them is lawful in other Colorado jurisdiction, and the Ordinance subjects people to inconsistent laws making them civilly and criminally liable for otherwise lawful conduct when in Boulder. Furthermore, assault weapons are not prohibited under Colorado law as the General Assembly omitted assault weapons from its list of prohibited firearms.... Therefore, the Ordinance’s Assault Weapons Possession, Sale, and Transfer Ban forbids what the state law impliedly authorizes."

The NRA responded to the ruling with this celebratory March 16 tweet:

In an @NRAILA-supported case, he ruled that the city of Boulder’s ban on commonly-owned rifles (AR-15s) and 10+ round mags was preempted by state law and STRUCK THEM DOWN. https://t.co/wmdhGG16pc

The NRA hasn't offered a specific response to the Boulder King Soopers shooting. But just after 6 p.m. on  March 22, after authorities in the city confirmed multiple casualties, including a police officer later identified as Eric Talley, the NRA twice tweeted an image from the U.S. Constitution and this quote: "A well regulated militia, being necessary to the security of a free state, the right of the people to keep and bear arms, shall not be infringed."

Authorities have not revealed when the King Soopers shooter obtained his patrol rifle — whether it was during the period when Boulder's ban was in effect, or if he bought it during the ten days after the ban was lifted. But there's no question that when he was using that firearm to take so many lives, such a weapon was legal to possess in Boulder.

We've reached out to Westfall for comment about the events in Boulder yesterday; in the meantime, click to read Colorado State Shooting Association, et al., v. the City of Boulder, as well as Hartman's Robert Lynn Chambers and James Michael Jones v. City of Boulder order.
KEEP WESTWORD FREE... Since we started Westword, it has been defined as the free, independent voice of Denver, and we'd like to keep it that way. With local media under siege, it's more important than ever for us to rally support behind funding our local journalism. You can help by participating in our "I Support" program, allowing us to keep offering readers access to our incisive coverage of local news, food and culture with no paywalls.
Make a one-time donation today for as little as $1.