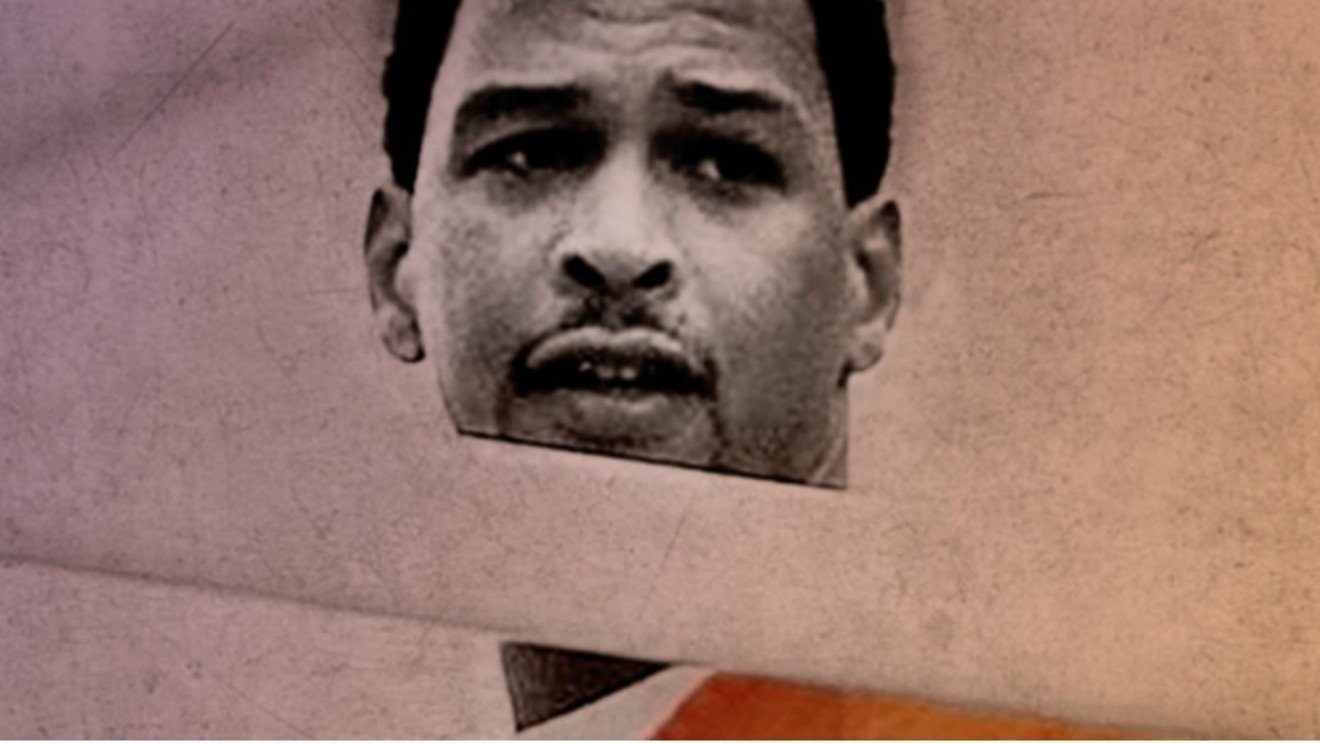 The gifted wide receiver was a member of the NFL's Carolina Panthers when he was arrested for conspiring to murder Cherica Adams in 1999, when she was eight months pregnant. Cherica's child, Chancellor Adams, survived the ordeal but suffers from cerebral palsy linked to his traumatic birth.

Chancellor is now in his late teens, and in a letter from earlier this year reproduced in its entirety below, Carruth wrote that he wanted to have a relationship with his son upon his release from prison, scheduled for next Monday, October 22. A few weeks later, he dropped the idea, publicly acknowledging he had come to realize that keeping his distance was "in everyone's best interest."

The podcast is a joint production of McClatchy Studios and the Charlotte Observer. Its host, Scott Fowler, has been reporting about the crime for the Observer since shortly after it happened, just shy of nineteen years ago.

Here's a video introduction to Carruth:

And here's an audio trailer:


The seven-chapter podcast, accessible via links at the bottom of this post, focuses on the killing of Adams and its aftermath, and the tale it tells stands in stark contrast to Carruth's history of success as a CU Buff between 1992 and 1996. He caught more than fifty passes in each of his last two years at the university, in addition to serving as an occasional kick returner.

After leading the Big 12 Conference in touchdown catches and receiving yards in 1996, Carruth was drafted by the Panthers in the first round of the 1997 NFL draft. But his professional career wasn't nearly as stellar.

He snared 44 passes in his first year, but his total fell to only four balls the next season because of a broken foot. And he made just fourteen grabs during the first six games of the 1999 season.

At that point, trouble with the law ended his athletic career once and for all.

During this period, Carruth had been going out with Cherica — and on November 16, 1999, the pair went to a movie called The Bone Collector. The film was about a serial killer.

Afterward, Cherica followed Carruth in a separate vehicle — and when he stopped, she did likewise.

Then a vehicle pulled up alongside her car and opened fire. This graphic includes excerpts from her frantic 911 call.

A photo of Cherica Adams juxtaposed with the transcript from her 911 call.
YouTube file photo
Several weeks after speaking these words, Cherica perished from her wounds — but Chancellor was saved in part because none of the four bullets that struck his mother hit him.

Physicians delivered Chancellor early, and when he emerged, he was blue from a lack of oxygen — a probable factor in his development of cerebral palsy.

Afterward, Chancellor badly needed a champion. And fortunately, he had one: Saundra, his maternal grandmother.

Saundra took the boy home from the hospital on December 31, 1999, more than a month after Carruth was busted for instigating the shooting; his cuffing took place on Thanksgiving. Van Brett Watkins, the man who pulled the trigger, and two other conspirators, including Michael Kennedy, were eventually convicted alongside Carruth, who was sentenced in 2001.

As for Chancellor, his condition was so serious that doctors thought he'd neither speak nor walk without assistance.

Chancellor Adams shortly after his birth.
YouTube file photo
They were wrong. He's able to communicate, move with the aid of a walker and even ride horses. He appears to be happy and loved.

The aforementioned letter, first shared by WBTV in Charlotte, threatened a major disruption in Chancellor's life, as well as that of his grandmother. In it, Carruth charged Saundra with lying about him arranging for Cherica's murder because he didn't want to pay child support and telling untruths about his personality and his connection to Chancellor's mom (which he insisted was superficial and only about sex).

According to this missive, Carruth felt Saundra's actions were intended as magnets for the media, which he noted he's despised since his time at the University of Colorado. Nonetheless, he used the same press that he abhors to get out a message that hardly cast him in the best light. At one point, he actually seemed to suggest that all transgressions are essentially the same via this jaw-slackening line: "The thing is, sin is sin, no matter how big or small an individual may want to perceive his/hers."

Not that Carruth expected anyone to forgive him for his horrific behavior, as he conceded in an introduction to his letter. In his words, "I have long accepted my lot as a social pariah" — albeit one who's about to be free in a matter of days.

The Carruth podcast is available via the Charlotte Observer or Apple Podcasts. In the meantime, continue to read the transcription of the letter, followed by a link to a copy of the original, handwritten version.