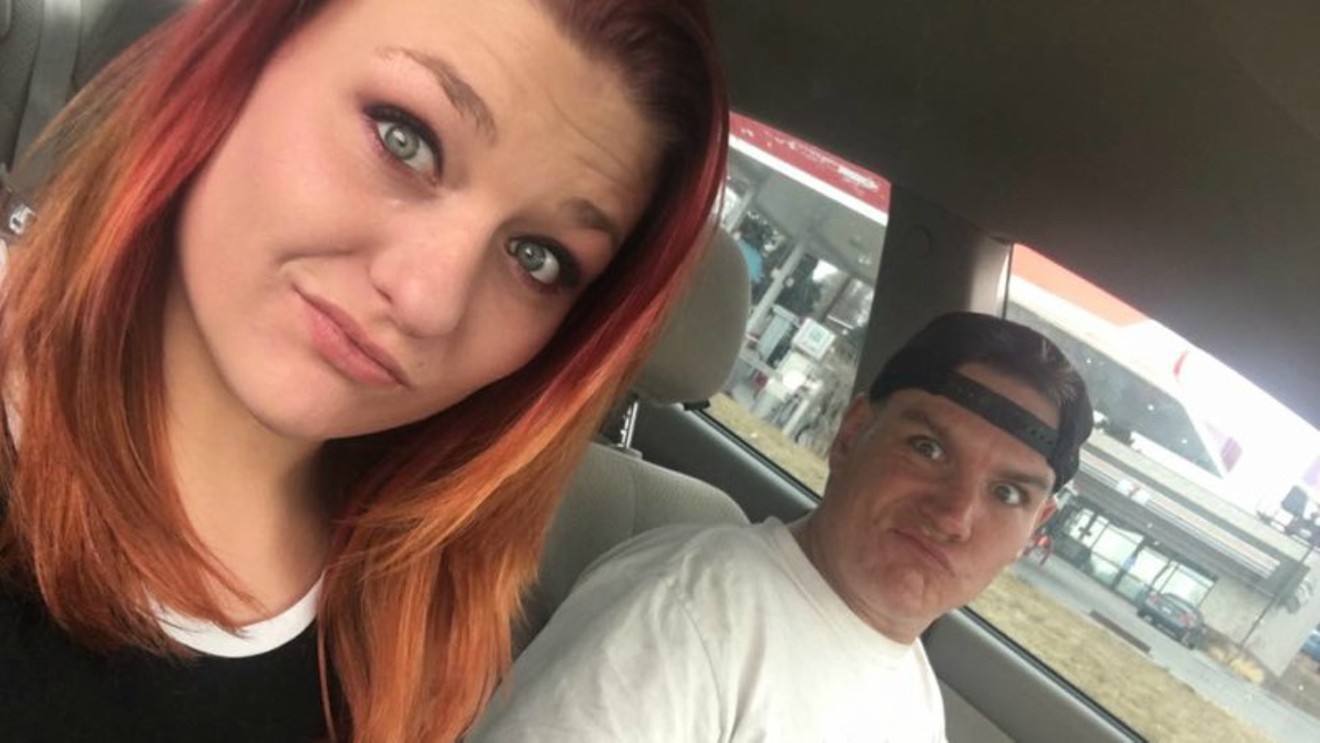 A Facebook photo of Chayley Tolin with James Helms, who was with her when the shooting occurred. Facebook
Early on January 16, an officer-involved shooting took place in a parking garage for Swedish Medical Center in Englewood. After the incident, the Englewood Police Department revealed that a 26-year-old woman had suffered injuries that left her in critical condition, and added that a 35-year-old male was taken into custody.

Now the EPD has released the names of the parties in question: Chayley Nicole Tolin and James Helms.

Of the two, Tolin, who's being held in the Arapahoe County Detention Facility, is facing the most serious potential charges: She's suspected of attempted first-degree murder of a peace officer. 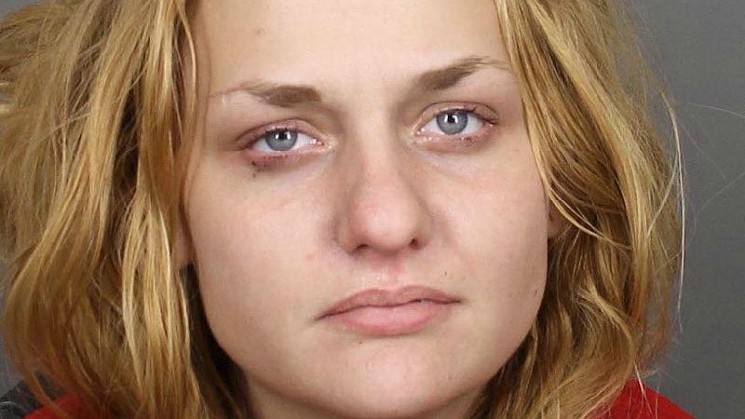 Chayley Tolin's booking photo.
Arapahoe County Sheriff's Office
Her photo gallery is loaded with app-altered shots that make her look like cute animals, as well as pictures of her posing with Helms, known on Facebook as Jamesin Ya. Helms's page identifies him as a Denver resident originally from Bailey.

As for the incident that landed the pair in custody, the EPD maintains that it got under way at around 7:45 a.m. on the 16th, when officers responded to a report of a stolen vehicle in the parking structure, located across the street from the hospital.

Upon their arrival, the department recap continues, the officers found the stolen vehicle occupied by two individuals, now ID'd as Tolin and Helms — and she was subsequently shot as she was trying to flee police.

The booking photo of James Helms.
Arapahoe County Sheriff's Office
"Preliminary investigation revealed that Tolin attempted to flee the area, and in doing so, attempted to drive over officers on scene," the latest account states.

Police officers firing into moving vehicles is a controversial tactic. In June 2015, the Denver Police Department changed its policy allowing this response following the death of seventeen-year-old suspected car thief Jessica Hernandez in an officer-involved shooting the previous January.

However, many other departments across the country continue to allow the practice.

In the Englewood shooting, bullets flew across the fourth level of the parking structure during what appeared to be a shift change at the hospital. The car window of a nearby vehicle (parked a short time earlier by my wife and co-owned by yours truly) was likely shattered by an errant shot. 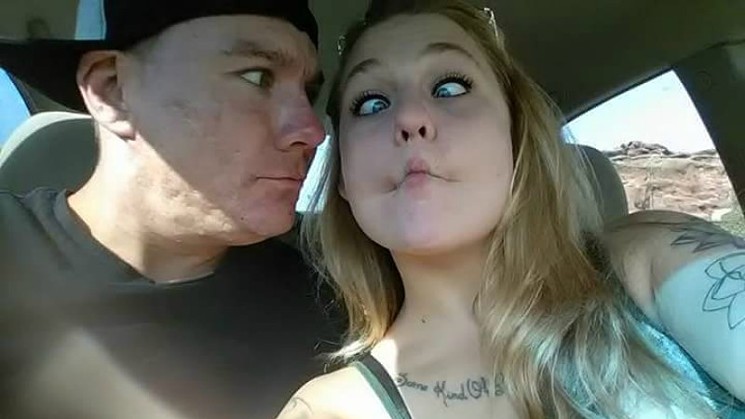 A lighthearted photo of Chayley Tolin and James Helms.
Facebook
After Tolin recuperated from her wound enough to be taken off the critical list, she was discharged from the hospital and booked into the Arapahoe County jail.

For his part, Helms was arrested on what's described as an outstanding warrant. "Helms does not have any additional charges relating to this incident, and was a passenger in the vehicle that Tolin was driving," the EPD reveals.

No officers were injured during the incident — the tenth officer-involved shooting in Colorado in 2019 to date. The Englewood cops who responded to the call have been placed on administrative leave, which the department points out "is standard protocol anytime there is an officer-involved-shooting."

The 18th Judicial District Critical Response Team is investigating the shooting.
KEEP WESTWORD FREE... Since we started Westword, it has been defined as the free, independent voice of Denver, and we'd like to keep it that way. With local media under siege, it's more important than ever for us to rally support behind funding our local journalism. You can help by participating in our "I Support" program, allowing us to keep offering readers access to our incisive coverage of local news, food and culture with no paywalls.
Make a one-time donation today for as little as $1.