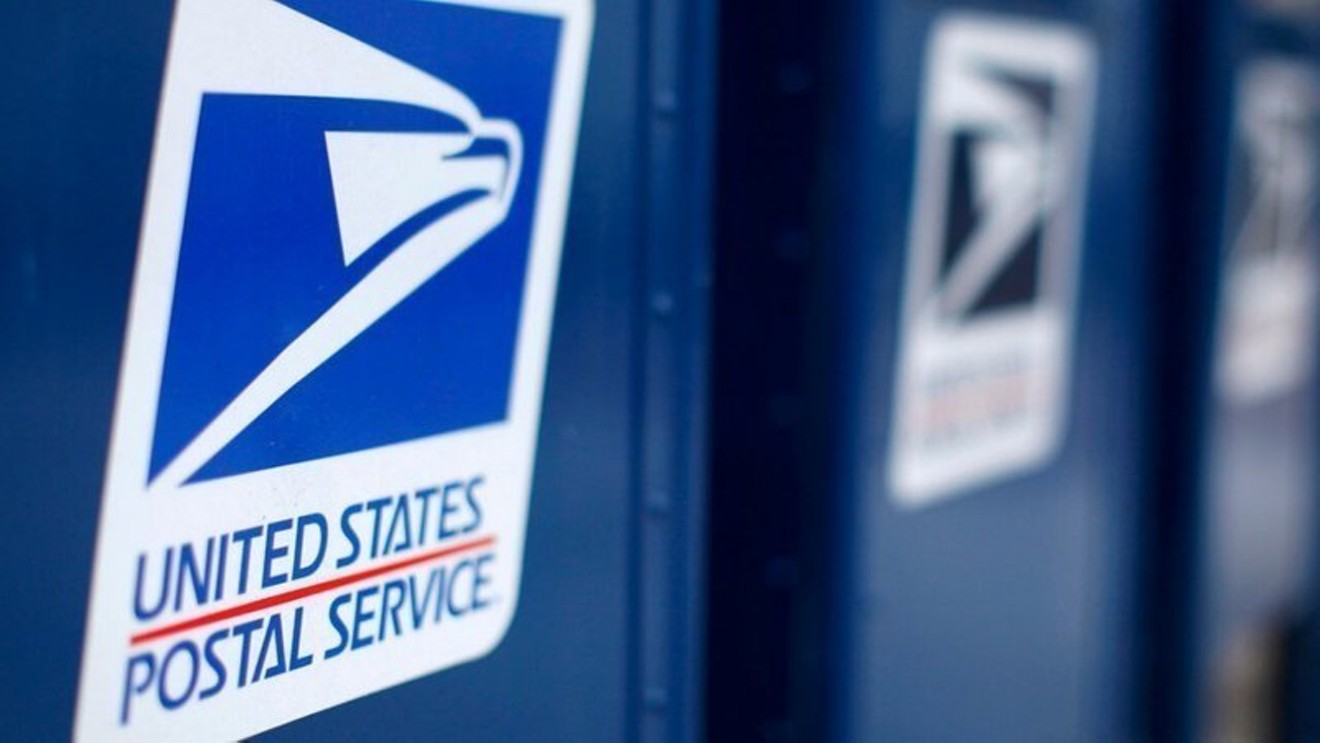 Even though state Republican leaders agree that the November 2020 elections in Colorado — home base of Dominion Voting Systems, the focus of voter-fraud rumors around the country over the past few months — came off without a hitch, five pieces of legislation have already been introduced to change the state's voting procedures, including Lundeen's controversial proposal regarding Colorado's vote-by-mail system.
Last week the Republican from Monument introduced Senate Bill 21-007, which would restrict voting by mail and early voting in the state.
Since 2013, all registered Colorado voters have automatically received their ballots in the mail, with the option of casting those ballots or voting in person instead. But SB 007 would require that registered voters indicate that they would like to receive a mail-in ballot; otherwise, they would not get one automatically and would instead have to vote at an in-person site. And under the proposal, those sites would only be open for a seven-day period — the six days before Election Day and Election Day itself.

"What we're trying to do here is get the conversation going," Lundeen explains. "Colorado is good; what can we do to make it better?"

Colorado isn't alone in looking at its election system. The Brennan Center for Justice at New York University has been tracking all election-reform bills that have been introduced, pre-filed or carried over by state legislatures so far in 2021. Its latest report, dated February 8, notes that 706 election-reform bills have been proposed by legislators in forty states. Of those,165 are what the center calls "restrictive bills" that, like Lundeen's, seek to bolster election confidence by increasing restrictions throughout the voting process. Meanwhile, lawmakers have also introduced 541 "expansive bills" designed to reduce barriers to voter access.

The number of bills is unusual, according to the Brennan Center; by early February of the 2020 session, only 223 election-reform bills had been introduced. And the center's February 8 count didn't include Lundeen's bill or other Colorado proposals — such as SB 21-010, which calls for more stringent ballot signature verification requirements, and HB 1053, which broadens criteria for who can request a recount.

In fact, Lundeen says, his proposal was inspired in part by the absence of any Colorado bills in the Brennan Center's recent report. "I figured if it's a 1-to-4 Republican-to-Democrat ratio of people that think we should be doing the work to improve election confidence, that's something that is bipartisan in nature, and we ought to be looking into it," he explains. 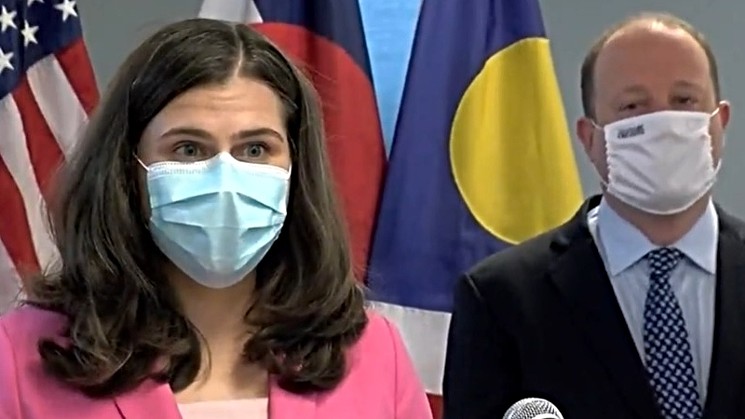 Colorado Secretary of State Jena Griswold and Governor Jared Polis.
colorado.gov
But others question how bipartisan the effort really is. Within 48 hours of the introduction of Lundeen's bill, Denver Clerk and Recorder Paul López and Secretary of State Jena Griswold both released statements criticizing the proposal. Their statements note that the vast majority of voters relied on vote-by-mail in the most recent election; according to data from the Secretary of State's Office, 94 percent of Colorado voters used the vote-by-mail system in the 2020 election.

They also point out that Colorado's voting system has been widely called the "gold standard," partly because it was the first to adopt a robust, risk-limiting audit for its ballot counts — and that audit confirmed the accuracy of 2020's tally, López notes.

Colorado Republican Party chair Ken Buck, the U.S. representative for Colorado's 4th Congressional District, said he found no problem the state's election systems. And while Griswold is a Democrat, her predecessor, Republican Wayne Williams, also backed up the work of the office.

"It's important as secretary of state to speak up when I see our fundamental right to vote under attack," Griswold says. "There's a group of bills intended to disenfranchise voters and scare people, and I am concerned some of the Republican legislators are trying to further degrade our democracy. We're always open to have a real, good-faith conversation about our electoral system — but none of these bills were stake-held with us; we learned about them when they were introduced."

"We should be thinking of ways to make voting even more convenient, not less," adds Denise Maes, policy director of the ACLU of Colorado, which plans to officially oppose Lundeen's proposal. "We saw the light with our voting law in 2013, and Senate Bill 007 will just take us backward."

Lundeen says he welcomes such comments, even if he doesn't necessarily agree with them.

"Now that we've got legislation on the table, they're finally engaging," he explains. "The secretary of state is sitting up and engaging in the process, so I'm grateful for that."

Dominion systems are used in more than 60 of Colorado's 64 counties. Not only did none of those counties experience voter fraud in 2020, but the accuracy of Dominion's systems across the country was supported by an independent report released February 19 by the MITRE National Election Security Lab, a not-for-profit research center. That report found no evidence of fraud or compromise in elections over the past four years, and determined that counties using Dominion did not have unexpected spikes in Democratic votes.

Meanwhile, Dominion has come out swinging against its critics. Earlier this year it filed suit against attorneys Sidney Powell and Rudy Giuliani, as well as many other individuals and media outlets. And on February 22, the company sued Mike Lindell, the rumor-spouting CEO of MyPillow, for $1.3 billion in the U.S. District Court for the District of Columbia, charging that the exec defamed Dominion by claiming it had rigged the election for President Joe Biden.
KEEP WESTWORD FREE... Since we started Westword, it has been defined as the free, independent voice of Denver, and we'd like to keep it that way. With local media under siege, it's more important than ever for us to rally support behind funding our local journalism. You can help by participating in our "I Support" program, allowing us to keep offering readers access to our incisive coverage of local news, food and culture with no paywalls.
Make a one-time donation today for as little as $1.

Casey Van Divier grew up in Colorado and graduated from the University of Colorado Boulder. She now works as a Denver area journalist covering local news, politics and the arts.
Contact: Casey Van Divier