Who Will Control the Future of Psychedelics in Colorado? 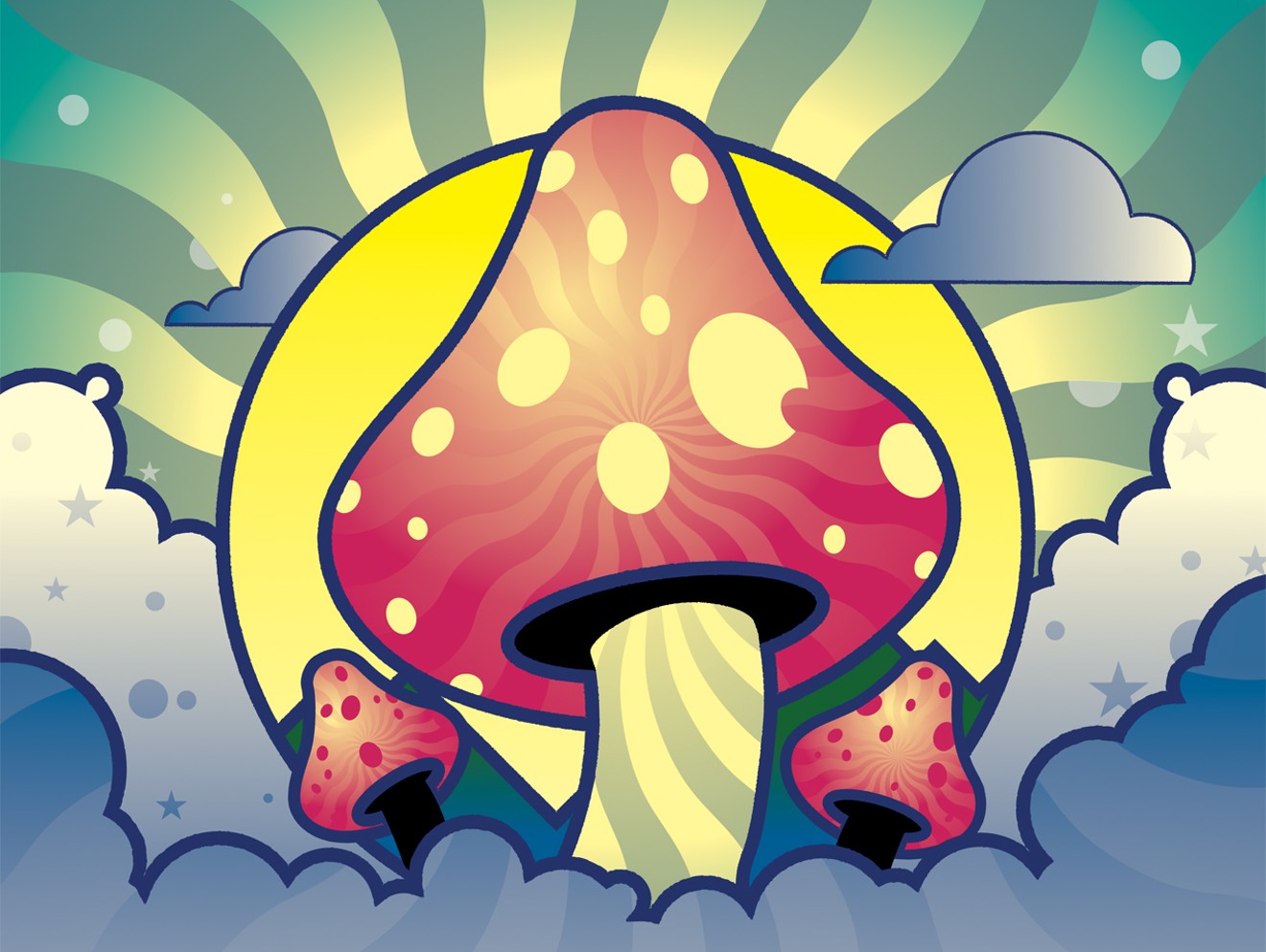 Jay Vollmar
Get ready, Colorado voters: Come November, there’s a chance you may get to decide on not one psychedelics ballot measure, but two.

Decriminalize Nature Colorado just officially entered the fray, submitting a proposed ballot initiative to the Secretary of State’s Office on January 28 that seeks to decriminalize the possession, use and facilitation of entheogens — the organization’s preferred term for plant and fungi-based psychedelics with spiritual properties. These include the psychoactive agents found in magic mushrooms – psilocybin and psilocin – as well as ayahuasca, ibogaine and mescaline, but excluding peyote.

The announcement of the filing, which Decriminalize Nature Colorado made public during the Colorado Psychedelic Convergence this weekend, hit like a mic drop within the psychedelic community.

A national political action committee, New Approach PAC, has already submitted its own initiative that includes decriminalization measures as well as a legal pathway for psilocybin therapy in Colorado. In fact, New Approach initially filed two proposed initiatives in December, has since altered both, and tried to court the very activists who are now pushing their own proposal.

As a result, voters could face two visions for how to best move forward with psychedelics reform in Colorado: one proposal with carve-outs for state regulation, and one that has none. Exhibit on display at the Colorado Psychedelic Convergence.
Chris Walker
Denver made history in May 2019 by becoming the first U.S. city to decriminalize psilocybin mushrooms. This decision by the city's voters removed the ability for local government to police or levy criminal charges against anyone in Denver for personal possession, use or cultivation of magic mushrooms.

Decriminalization is not the same as legalization, however, and that's a key distinction in the two statewide proposals regarding psychedelics. In contrast to decriminalization, legalization sets rules around how a substance may be used, and those typically involve some kind of regulatory framework that enforces how the legal substance can be purchased, sold and consumed — and in what amounts. Cannabis and alcohol are both examples of legal substances in Colorado.

Not long after Denver voters decided to decriminalize psilocybin mushrooms, a wave of municipalities followed suit. To date, thirteen other cities around the United States have decriminalized psychedelic mushrooms (and, in some cases, other psychoactive substances). Increasingly, these efforts have fallen under the umbrella of the Decriminalize Nature movement, which has a national chapter as well as local chapters around the country. The main message of these campaigns is that people have a right to access and use natural medicines, and it’s not the government’s place to restrict that right.

At the same time the “decrim” movement picked up steam, however, New Approach PAC emerged as a major player in the psychedelic space. The political action committee came from a background in cannabis organizing; in 2020, it turned its focus to psychedelics and convinced voters in Oregon to pass the groundbreaking Measure 109. Oregon is currently on its way to creating a system for licensed therapists who can administer psilocybin to patients at supervised facilities for ailments such as PTSD and depression. If it comes together as planned, the program will represent the first legal framework to allow for psilocybin treatments under a state-overseen medical model.

New Approach PAC soon identified Colorado — with its progressive politics and state leadership — as a state where it could pass a ballot measure similar to Oregon’s, establishing a legal framework for psilocybin therapy in the state. New Approach PAC tapped Kevin Matthews, who'd headed the 301 campaign in Denver, to help make the push in this state. But many local psychedelics advocates were surprised by how quickly New Approach wanted to file a statewide initiative, one that called for a program that could potentially go into effect by 2025 and be administered by the Department of Regulatory Agencies, along with a special oversight board appointed by the governor.

As a result, New Approach’s initial meetings with Colorado activists did not go smoothly. Courtney Mathis, board chair of SPORE, recalled some of the initial conversations with New Approach PAC.
Chris Walker
As Courtney Mathis, board chair of the local organization SPORE, detailed during one of the conference's panels, she had a friend who attended one of New Approach’s first zoom meetings, and when that friend reported back, "She was in tears,” Mathis recalled. “She said [she] was just on a call in a room full of white men. What the fuck? We're right back to square one. This looks and feels just like cannabis. A whole bunch of white men behind closed doors making big decisions that are impacting communities of color, Indigenous communities and legacy workers.”

That’s when SPORE decided to organize a series of town hall meetings, which took place from November to January, during which the organization solicited community feedback about what Coloradans — especially psychedelics practitioners and Indigenous stewards of plant medicines — wanted to see in a statewide initiative.

And what did the community want?

Broadly speaking: stronger decriminalization measures, as well as guarantees that a regulated medical model wouldn’t usher in the type of corporate capital and inequities that have plagued Colorado’s experience with cannabis.

The community pressure worked — to a point. Along with its proposed therapy model, New Approach had always planned to include some decriminalization measures in its Colorado ballot proposal — for psilocybin, at the very least. And over the past month, New Approach submitted new versions of its initial initiative that expanded the list of decriminalized substances and lifted all limits on possession, which had been a sticking point with decrim advocates.

Even so, New Approach’s tweaks to its ballot language didn’t go far enough to dissuade Decriminalize Nature Colorado from submitting its own ballot initiative.

But this development may have been inevitable, considering the emerging philosophical divide about when and how to introduce regulation to psychedelics — and who gets to decide that future. Those concerns were on full display at the Colorado Psychedelic Convergence, a ticketed event at Forge970 on January 29.

“If there's one thing to take away from this, it's this: Capitalist interests invading this space is a nationwide problem," said Bryan Kim, an organizer with Decriminalize Nature Portland who traveled from Oregon to speak on a panel about decriminalization efforts across the country. Bryan Kim of Decriminalize Nature Portland says Oregon's psilocybin therapy program is not inclusive.
Chris Walker
Kim warned that Oregon’s psilocybin therapy program has ignored underground practitioners who have been working with these substances for decades. “The philosophy of the regulated crowd is, ‘Oh, we have to make sure this is done safely because the medicine is so powerful,’ he said. “And it's almost always condescending, well-educated, white medical professionals who all took this medicine unregulated, but then they don't have the fucking faith in working-class or Indigenous people or people of color to take their own medicine and be in charge of their own healing."

Kim had the room nodding in agreement, a room filled with attendees and panel speakers who were unusually diverse for a psychedelics conference. Hosted by the Black-owned organization Oakland Hyphae and sponsored by SPORE, the conference was organized by California-based Reggie Harris, who'd filled the Denver panels with Black, minority and Indigenous voices often left out of psychedelic policy discussions. The day also featured workshops on cultivating fungi — and not just the fantastic kind.

Kevin Matthews had been scheduled to speak at the conference but cancelled; organizer Harris said that some guests had cancelled at the last minute because of COVID. Reggie Harris of Oakland Hyphae (far back) brought speakers from across the nation to Colorado.
Chris Walker
Like Kim, many of the speakers were also from Decrim Nature-type groups, and highly suspicious of top-down regulation (at least before decriminalization measures are secured) as well as alarmed at how multi-million-dollar psychedelics corporations like Compass Pathways and Atai Life Sciences are already trying to control the space.

After her panel ended, Foerster provided additional details to Westword.

"We drafted this initiative to ensure that full decriminalization is on the table," she explained. "The precedent on the grassroots level right now is to fully decriminalize first. If you do both [decrim and legalizing medical access] at the same time, you are prioritizing legalization.” Nicole Foerster of Decriminalize Nature Colorado submitted a ballot initiative to the Secretary of State's Office.
Chris Walker
That’s because she fears New Approach PAC’s initiative might give the State of Colorado the ability to weaken or change the rules around decriminalization — and that’s even if New Approach PAC decides to go forward with its latest, most community-driven version of its initiative. "They have four drafts right now that are going through the title board hearings,” Foerster pointed out. “We don't know what's going to be on the one that actually is set.”

Foerster isn’t taking any chances; she wasn't going to wait on the sidelines until she saw New Approach’s final proposal. And so her group came up with its own.

And that's not all: Some state lawmakers in the legislature are considering setting up a study panel to look at using natural psychedelics for mental health treatment.

In the meantime, both Foerster's organization and New Approach PAC now need to get their final ballot language and title approvals from the state, then start collecting the 124,632 signatures required to get their respective measures on the November ballot. According to Foerster, Decriminalize Nature Colorado’s proposed initiative has a hearing at the Colorado Secretary of State’s Office on February 11, and the final title could be set by February 16; it provided a link to the language in its proposal this morning.

Foerster thinks it's possible that not only will there be two proposals on the November ballot, but that Coloradans could pass both. In that case, Colorado law dictates that the measure that receives more votes prevails in areas of overlap/conflict.

And Foerster isn't shy about revealing which measure she thinks will get more votes:

"We're confident that a short and simple revision of the Controlled Substances Act — one that makes the adult possession, use and facilitation of [outlawed] entheogens no longer a crime — is going to speak to voters over a complicated act that's going to cost money to implement."
KEEP WESTWORD FREE... Since we started Westword, it has been defined as the free, independent voice of Denver, and we'd like to keep it that way. With local media under siege, it's more important than ever for us to rally support behind funding our local journalism. You can help by participating in our "I Support" program, allowing us to keep offering readers access to our incisive coverage of local news, food and culture with no paywalls.
Make a one-time donation today for as little as $1.