In response to an inquiry from Westword, Peter Han, vice president of external relations for the Colorado School of Mines, corresponding via email, offers the following response: "Colorado School of Mines is committed to providing a safe environment for our students that is free of harassment, sexual violence and sexual exploitation. Mines has taken concrete steps to implement prevention programs, provide support to students who may experience sexual violence and ensure that all situations are handled fairly and justly."

Han adds: "We do not, by practice, comment on the details of litigation matters. It is also our policy to protect the privacy of those involved in these matters."

Likewise, Andrew Miltenberg, an attorney with New York-based Nesenoff & Miltenberg LLP, offers no comment about the Mines case. The quotes from him that appear in this post were shared during earlier interviews, although not all of them had been published, and they don't specifically address the latest matter.

The DU and CSM complaints aren't the only ones from Colorado currently on Miltenberg's agenda. As we reported last September, he had previously filed separate suits on behalf of another DU attendee, a CU Boulder student and CSU-Pueblo's Grant Neal, who reached a settlement with his former university in July.

Although these cases aren't identical, they share common characteristics. In general, Miltenberg accuses schools of discriminating against those who are accused of sexual misconduct at universities — they're usually, but not always, male — for fear of public backlash if they're not found guilty. 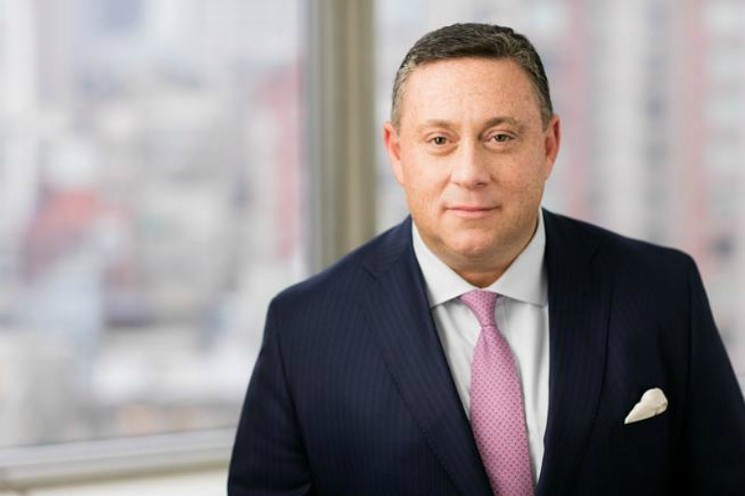 Attorney Andrew Miltenberg.
Courtesy of Andrew Miltenberg
"Unfortunately, schools take the position of, 'Go ahead and sue us,'" he told us last month, "because the greater risk is to not punish the accused and then face a lawsuit from the accuser, like what happened at Columbia" — a reference to a recent controversy involving a female student at the New York university who demonstrated her displeasure with how her rape case was handled by the school via an art project in which she carried a mattress with her while on campus.

"They held rallies and did other things that were bad for business," Miltenberg said about the Columbia case, which resulted in a recent settlement with the male student in the incident. "That's not good for university admissions or alumni giving. So they choose the path of least resistance, the path that has less risk financially and reputationally — which is to find against the young man, assuming that only one out of every ten will have the fortitude or the resources to actually take on a university with an endowment that could be in the hundreds of millions and is often seen as a pillar of the local community. David versus Goliath doesn't even do justice to it as a metaphor."

Miltenberg also objects to investigative guidelines that frequently eschew hearings or the opportunity to directly question witnesses in favor of a model in which an investigator puts together a report and reaches a conclusion that tends to be rubber-stamped by a school's administrators. As he told us in 2016, he sees this approach as "outdated and ineffective. Basically, you're putting one person in charge of the entire process, as opposed to the model many schools have moved to, where there are multiple investigators — usually two — interviewing all the witnesses and the parties and issuing a report. After that, the parties have an opportunity to comment on that report, the investigators issue a final report, and the Title IX coordinator decides if there's enough information for a hearing, usually before one person or a panel."

Against this backdrop comes the latest complaint, which alleges that Colorado School of Mines "investigated and adjudicated Plaintiff in an arbitrary and capricious manner and discriminated against Plaintiff on the basis of his male sex. CSM failed to adhere to portions of its own guidelines and policies, which themselves are insufficient to protect the rights of male students. CSM's process and discipline of finding sexual misconduct and ordering removal prior to any hearing of the issues exhibited a discriminatory bias against male students and an underlying motive to protect CSM's reputation and financial well-being."

The document adds that John Doe "has sustained damage to his future education and career prospects as a result of the reputational harm suffered as a result of CSM's branding him responsible for a sexual offense he did not commit. Plaintiff has lost the money spent on obtaining a college education at CSM along with a $30,000 academic scholarship. The sacrifices made by Plaintiff's family in order for him to receive a college education from defendant CSM has been wasted." 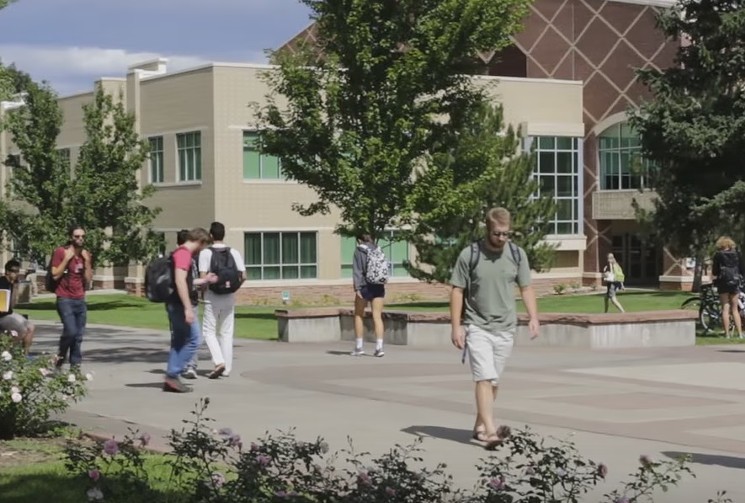 The Colorado School of Mines campus.
YouTube file photo
On the night of October 8, 2016, and the morning of October 9, the lawsuit states, John went to an off-campus party that was also attended by Jane Roe and her friend Megan Poe (these names are pseudonyms, too). He'd known Megan since freshman orientation. Over the course of the evening, all three consumed alcohol, with John supposedly becoming more inebriated than either of the women. However, he'd arranged to catch a ride with a designated driver, and when he left the get-together, Jane and Megan joined him. En route, John and Megan are said to have been "making out."

The trio soon arrived at John's fraternity house, the lawsuit continues, and Jane and Megan accepted his offer to spend the night in a spare room. The three got together there a short time later, and after more kissing, John allegedly asked Megan if she "wanted to do anything more." She's quoted as telling him they couldn't have sex because she was "on her period," but she was game for oral sex — and after she started performing this act, Jane "approached the two and began removing her clothing and joined Megan Poe in oral sex."

The document maintains that "Plaintiff did not invite or request any sexual contact from Jane Roe," but he raised no objections when she straddled him for intercourse even though he wasn't wearing a condom — although he subsequently found one in his wallet and slipped it on, the suit allows. Amid this act, John reportedly "blacked out" and has no memory of what happened until the following morning. But the complaint stresses that he had earlier asked Jane if she was sure she wanted to have intercourse and she answered, "Yes."

Later that day, the document goes on, John "learned from a classmate that a posting from his phone, on the rugby team's chat group, contained a video of Plaintiff having oral sex with Megan Poe and another video with Jane Roe partially nude." He quickly had the videos removed — the main concerns of Megan and Jane, according to the lawsuit. But on October 10, a member of the frat reported the incident to the school's deputy Title IX coordinator, and one month later, on November 10, a report found that John had violated the institution's policy prohibiting gender-based discrimination, sexual harassment and sexual violence by "(a) having engaged in sexual activity with Jane Roe while she was mentally incapacitated as a result of drinking alcohol, (b) by having taken video of a sexual activity, and (c) distributing these videos without consent of the recipients."

The November 10 report marked "the first time that Plaintiff learned of the actual charges and allegations against him," even though he was supposed to have received a notification of them when the investigation was launched, the suit says. The document adds that witness statements were summarized, with no copies of the transcriptions kept, alleges that John was a victim of bias because he was far more intoxicated than either Jane or Megan, and falsely claimed that he admitted to taking the videos, even though he couldn't recall doing so. Moreover, the complaint accuses the school of refusing to let John appeal the decision, question witnesses or present new evidence. A letter dated January 31, 2017 indicated that the college's "policy and procedures do not require a 'formal hearing' to resolve these types of conduct matters."

The lawsuit seeks a different kind of resolution. It cites six separate causes of action and demands that "the outcome and findings by Colorado School of Mines be reversed; Plaintiff's reputation be restored; Plaintiff's disciplinary record be expunged" and more. Additionally, the complaint asks that the court award John Doe with "further relief as the Court deems just, equitable and proper."