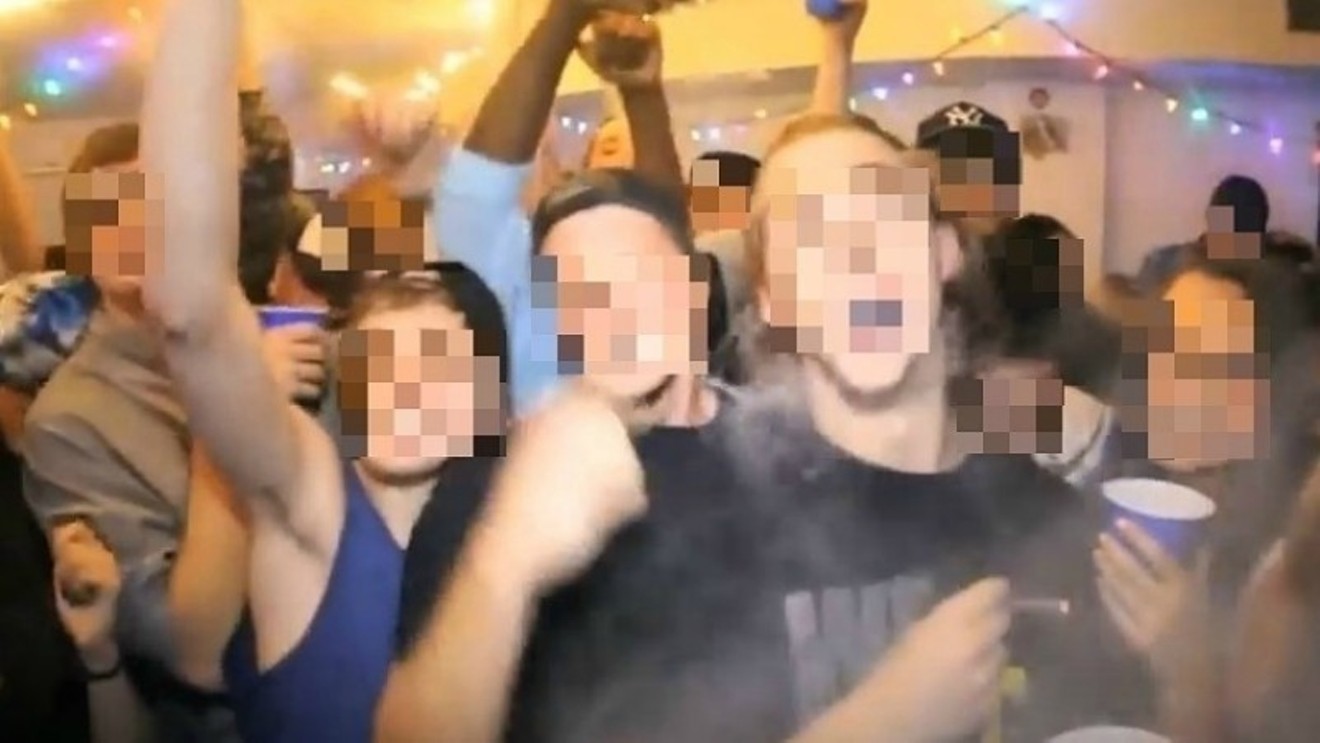 File image
The latest order in a 2016 lawsuit filed against the University of Colorado by a male student who was expelled after being accused of sexually assaulting two fellow enrollees dismisses a claim that he was a discrimination victim under Title IX but is allowing an assertion that his due process rights were violated to move ahead. And the lawyer for the student confirms that the suit will continue.

"This finding prevents us from appealing to the 10th Circuit," notes New York-based attorney Andrew Miltenberg, corresponding via email, "but we intend to press forward on the balance of the case and appeal the Title IX issue if needed."

In response, a spokesperson for CU Boulder offers the following statement about the order by U.S. District Judge William Martinez, which is accessible below: "We respect Judge Martinez's decision, which occurred at an early stage of this lawsuit where the courts must treat all of the plaintiff's allegations as true. As the case progresses, we look forward to presenting our evidence to the court and demonstrating that the university conducts fair and equitable investigations that meet all legal requirements."

The original suit, also shared here, said that the student, referred to as John Doe, "was subjected to a biased and inequitable investigation that deprived him of a meaningful standard of due process and equity. He was subjected to a process that inherently discriminates against the accused students, who are habitually male."

This wasn't the first time Miltenberg's firm, Nesenoff & Miltenberg, took on CU Boulder on behalf of a male student accused of sexual assault. A 2014 case about a different John Doe plaintiff was filed in late 2014, and early the next year, the university paid a $15,000 settlement negotiated by Kimberly C. Lau, who is now a partner at Warshaw Burstein, LLP and head of Warshaw Burstein’s Title IX/College Discipline practice.

As for the most recent matter, the suit notes that it got under way on April 15, 2014, when CU Boulder Vice Chancellor for Student Affairs Christina Gonzales, then the university's Title IX coordinator, received an anonymous phone call that accused John Doe, a sophomore at the time, of raping two female students, dubbed Jane Doe 1 and 2, in separate incidents seven months apart.

Almost a week later, on April 21, Jane Doe 1 was contacted by Alexandra Tracy-Ramirez, who investigated the allegations for CU Boulder. Tracy-Ramirez is quoted as saying that Jane Doe 2 had "a bad experience" with John Doe over spring break the previous month — and she wanted to know more about what had taken place between Jane Doe 1 and the suspect the previous year.

The University of Colorado Boulder on a picture-perfect day.
File photo
Jane Doe 1 couldn't provide Tracy-Ramirez with "a clear account" of what happened, the suit maintained, because she'd been drinking at a fraternity party on the evening in question (August 13, 2013) and couldn't remember meeting up with John Doe. The next day, however, she "felt like she had engaged in intercourse" and was upset when she heard that John Doe had been "bragging about having sex with her" to a number of people, including her boyfriend. After speaking with Jane Doe 2 about what she'd gone through, she "concluded that she had been raped," the lawsuit allowed.

John Doe rejected any suggestion that he'd had non-consensual sex with the women, and the suit argued that Jane Doe 1 "had motive to mischaracterize her encounter." Specifically, she started dating one of John Doe's fraternity brothers — labeled Witness 6 — only a few days after the party. Moreover, Witness 6 was "grossed out" by the thought of John Doe and Jane Doe 1 having hooked up, making him and the plaintiff romantic "rivals," the suit said.

Nonetheless, the complaint continued, John Doe was suspended and "excluded from campus" on April 17, days before Gonzales spoke to him or the Jane Does about the allegation — a move that effectively ended his job as a teacher's assistant. The suit also stated that he was refused access to the investigative file until July 2, by which time he'd already been hit with sexual-assault-related accusations involving the two women and was told to submit a written statement; in it, he refuted the allegations. Just over three weeks later, Tracy-Ramirez concluded that a "preponderance of information" showed John Doe had "engaged in non-consensual sexual intercourse with Jane Doe 1 and Jane Doe 2," despite what the suit calls "a complete lack of credible evidence in the file."

Also problematic from the viewpoint of John Doe's legal team was CU Boulder's use of what's termed "the single investigator model, which allows one individual [in this case, Tracy-Ramirez] to conduct the entire investigation, make a determination of responsibility and issue a corresponding finding — which a respondent has no right to appeal. The university’s code does not provide for a hearing on the charges, and the respondent is denied an opportunity to confront his accuser, question any witnesses against him and present his defense before an impartial decision maker."

Attorney Andrew Miltenberg has already won one settlement from CU Boulder on behalf of a John Doe client, and he's seeking another one.
File photo
The suit accused CU Boulder of "(i) the failure to conduct a thorough and impartial investigation; (ii) evidence of a gender bias against Plaintiff as the male accused throughout the investigation process; (iii) making assessments of credibility and evidentiary weight with respect to each party without any logical basis or rationale; (iv) the failure to afford Plaintiff the presumption of innocence required by the preponderance of the evidence standard; and (v) the issuance of an unwarranted and disproportionate sanction in light of the circumstances, all of which demonstrated substantial procedural errors in violation of Title IX, the Fourteenth Amendment and other federal and/or state laws."

Back in 2016, CU Boulder spokesman Ryan Huff disputed these assertions in an email to Westword: "We are confident that the campus administers its Title IX obligations in a manner that is not biased in favor of or against any student. We believe that this investigation was administered appropriately, that the plaintiff received a fair opportunity to confront the evidence against him, and that his claims are unfounded."

In his order, which lists the plaintiff as CU Boulder chancellor Philip DiStefano, Judge Martinez offers a decidedly mixed take on the issue. He points out that John Doe "claims that the disciplinary process was biased against him. In the Prior Order, the Court concluded that Plaintiff had not plausibly alleged gender bias for Title IX purposes. However, in the procedural due process context, Plaintiff need not allege gender bias, or indeed any bias on the basis of any otherwise legally protected group or class of individuals. To the contrary, any type of actual bias is sufficient."

At the same time, though, Martinez finds that John Doe's "accusations, taken together, create a plausible inference of bias against those accused of sexual misconduct. Whether the Plaintiff can develop evidence of 'a substantial showing of personal bias' is a matter for discovery."

Click to read the latest order in the case of John Doe v. Philip DiStefano and the original 2016 lawsuit.
KEEP WESTWORD FREE... Since we started Westword, it has been defined as the free, independent voice of Denver, and we'd like to keep it that way. With local media under siege, it's more important than ever for us to rally support behind funding our local journalism. You can help by participating in our "I Support" program, allowing us to keep offering readers access to our incisive coverage of local news, food and culture with no paywalls.
Make a one-time donation today for as little as $1.