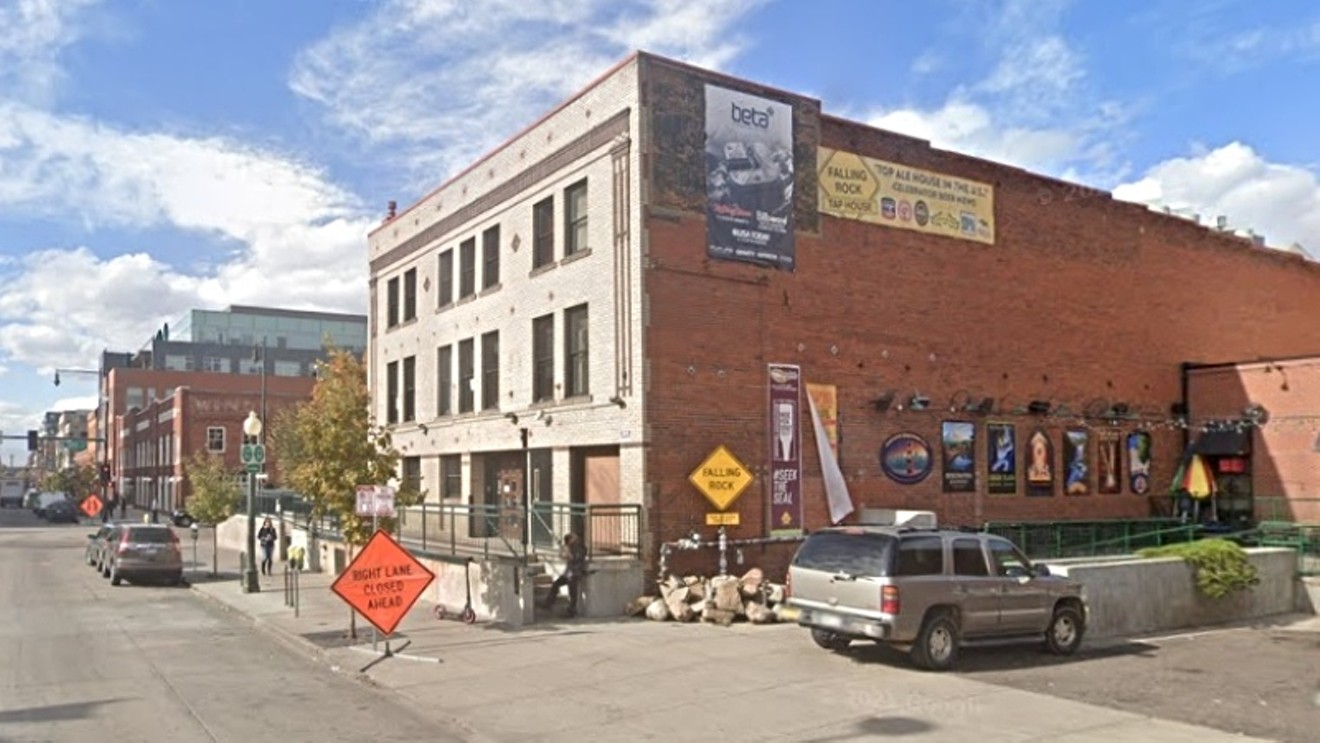 The Beta building at 1909 Blake Street. Google Maps
The 1900 block of Blake Street has become the most dangerous stretch in downtown Denver, thanks to a rash of recent shootings and violent crimes. And the Denver Police Department has tied many of the offenses to a specific address: 1909 Blake Street, the location of the Beta Event Center nightclub.

Now, the Denver Post reports that Denver authorities are seeking to revoke Beta's licenses following an undercover police investigation that allegedly revealed numerous safety violations. An attorney for Beta denies these claims; a hearing has been scheduled for October 18.

The Denver Crime Map lists two homicides and 22 aggravated assaults between the 1400 and 2400 blocks of Blake Street from January 1 to  August 8. Of those 24 offenses, ten took place on the 1900 block, with four specifically tied to 1909 Blake. Here's a map of the incidents.
The crime wave on Blake Street hasn't ebbed yet. The Denver Crime Map lists nineteen offenses on that ten-block stretch of Blake between August 1 and August 29, the most recent date for which statistics are available. Twelve of these crimes happened on the 1900 block of Blake Street, and four are pinpointed to Beta's address.

Here they are, in reverse chronological order:

1 a.m. August 1
1900 block of Blake Street
Robbery of a person in the open
KEEP WESTWORD FREE... Since we started Westword, it has been defined as the free, independent voice of Denver, and we'd like to keep it that way. With local media under siege, it's more important than ever for us to rally support behind funding our local journalism. You can help by participating in our "I Support" program, allowing us to keep offering readers access to our incisive coverage of local news, food and culture with no paywalls.
Make a one-time donation today for as little as $1.