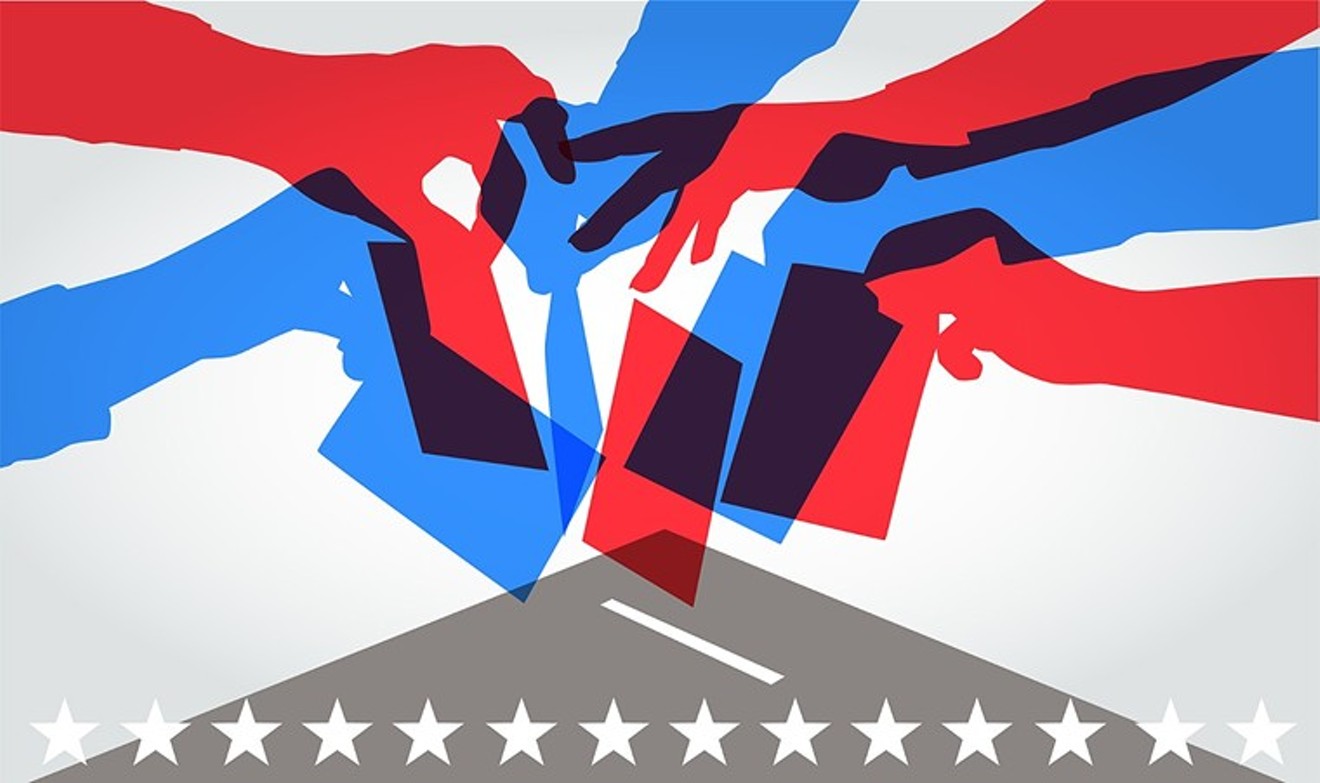 "I am so proud of this process," Councilman Chris Herndon said during the March 29 council meeting, where members approved the map 12-1. "And I am proud of the map that we have before us." Councilwoman Candi CdeBaca cast the lone 'no' vote.

Approving the map was the last step in the redistricting process that city council goes through every decade after the U.S. Census results are released, to redraw districts to align with population and geographic changes in the city.  According to current U.S. Census data, the population of Denver increased from 600,158 in 2010 to 715,522 in 2020. District populations are supposed to be within 10 percent of about 65,000 constituents; under city charter rules, each district must also be as compact as possible and contain contiguous territory. Denver has eleven districts, each represented by one councilmember, as well as two at-large reps.

The final map was largely drawn by Councilman Jolon Clark, who represents District 7 on council and plans to run for a third and final term in 2023. Chris Hinds, Kendra Black, Paul Kashmann, Stacie Gilmore and Herndon all co-sponsored the map with Clark.

Five other councilmembers — Amanda Sandoval, Jamie Torres, Kevin Flynn, Amanda Sawyer and CdeBaca — had originally sponsored their own maps. Sawyer and Flynn opted to pull their maps after it became clear that they weren't frontrunners. Sandoval and Torres combined forces on a single map, which did not gain traction. CdeBaca kept her own map in contention throughout the process, saying that it was the only one that would keep her district, District 9, as a majority-minority district. Council rejected it, however, with some members noting that it would have removed a few incumbents from their current districts. But while District 10 is adding a downtown section, it's losing neighborhoods in the south of the district, like Cherry Creek and Country Club, with those shipping over to District 5, which Sawyer represents. And the East Colfax neighborhood that has been split between Districts 5 and 8 is now moving entirely into District 8. East Colfax neighborhood advocates have been pushing to ensure that all of East Colfax and its diverse residents land in the same district as Northeast Park Hill and part of Montbello, so the neighborhoods can advocate jointly on shared issues such as gentrification and displacement.

Now that council has approved a new map that settles the districts, more candidates will likely start declaring for next year's Denver City Council races. Like Herndon, at-large councilmembers Debbie Ortega and Robin Kniech are term-limited and cannot run for re-election. And while she's still eligible for one more term, Black, who represents far southeast Denver in District 2, has already announced that she will not run. But all other incumbents who are eligible for another term have indicated or announced that they're running for re-election.
KEEP WESTWORD FREE... Since we started Westword, it has been defined as the free, independent voice of Denver, and we'd like to keep it that way. With local media under siege, it's more important than ever for us to rally support behind funding our local journalism. You can help by participating in our "I Support" program, allowing us to keep offering readers access to our incisive coverage of local news, food and culture with no paywalls.
Make a one-time donation today for as little as $1.