Should Denver Switch to Ranked-Choice Voting? 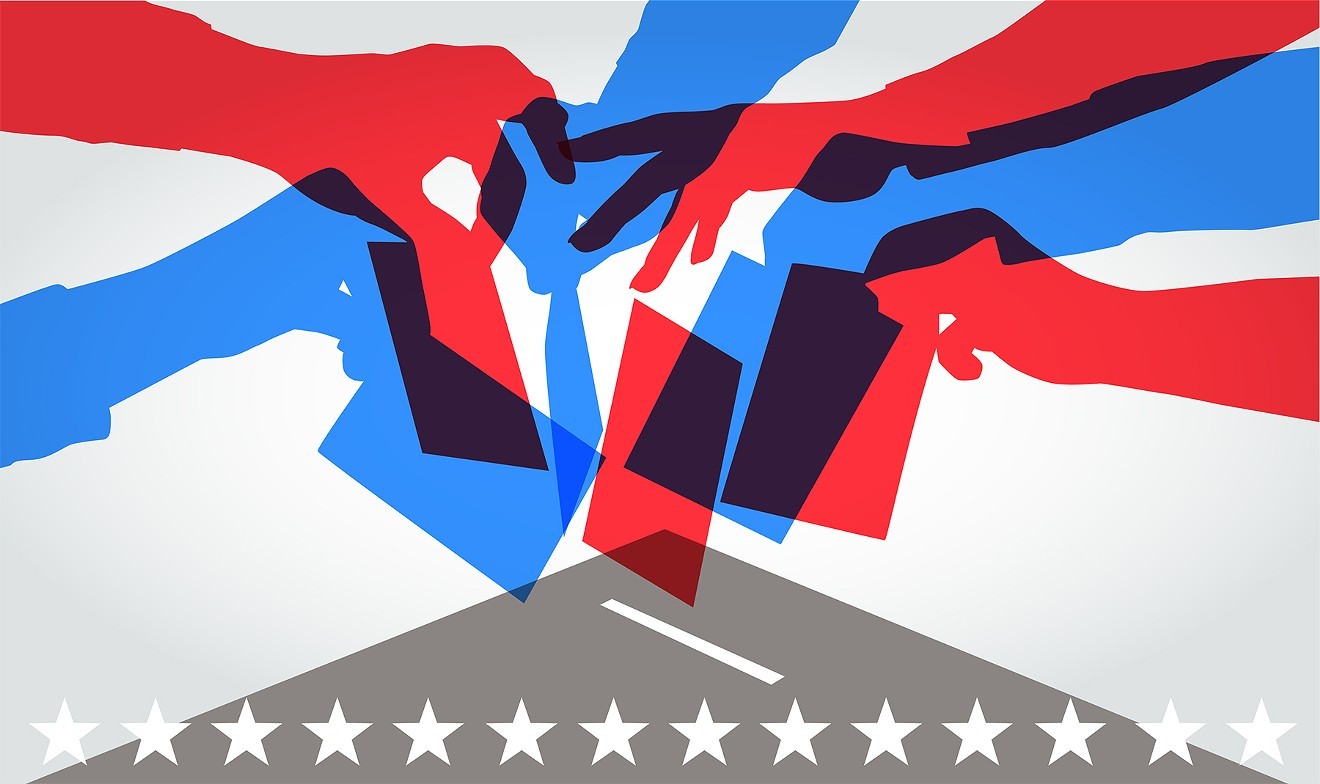 Should Denver switch to ranked-choice voting? Westword
With 27 candidates running for Denver mayor, the April municipal election ballot is going to be a long one. But under the Mile High City's electoral system, voters can choose only one out of the candidates on the final ballot. After that, assuming no one gets more than 50 percent of the vote initially, the top two vote-getters will head to a runoff on June 4, and the winner of that race will become mayor.

"The people who make the runoff, they need less than 5 percent to make the runoff when you’ve got that many candidates," says Amber McReynolds, the Denver elections director from 2011 to 2018. "You potentially have two people make the ballot that 90 percent of people didn’t vote for."

Is it time for Denver to switch its elections approach from the current model to an increasingly popular alternative, ranked-choice voting?

"I think that cities that have used ranked-choice have received better results in that the winners are ready to get down to business — mature people who are ready to do the work of the people. That’s a huge benefit politically," says Linda Templin, executive director of Ranked Choice Voting for Colorado.

Although ranked-choice voting is a centuries-old method of choosing a winner, the process has gained steam over the last decade in the United States. Maine uses RCV for federal elections and statewide primaries, while Alaska has adopted the method for federal and state general elections. And there are also plenty of cities across the U.S., such as New York City and Minneapolis, that use RCV in local elections.

Since ranked-choice voting is different from what most American voters are used to, it may seem confusing at first. But the process is actually quite simple.

Voters fill out a ballot for a specific race by ranking candidates in order of preference. Oftentimes, municipalities will cap how many people a voter can rank.

Let's say it would be a limit of five in Denver if RCV were to go into effect. A voter could then choose his first, second, third, fourth and fifth preferences for Denver mayor. Or the voter can rank fewer than that. It's up to the voter.

"In ranked choice, you get to say who you really love, who you like, and who you can live with. It’s easier for the voters," says Templin. "You know that the winner is the consensus of the people in your district."

According to proponents of RCV, the voting system allows candidates to focus more on the issues and less on running negative campaigns.

"If you run a dirty campaign, nobody is going to rank you number two," Templin says. "If you need those second- or third-choice votes to win, you’re not going to get them." 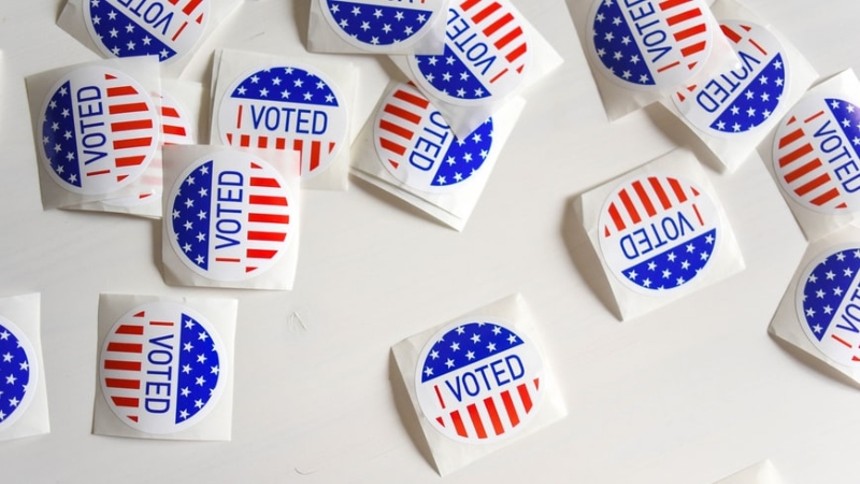 Proponents say the ranked-choice system allows candidates to focus more on the issues and less on running negative campaigns.
Photo by Element5 Digital on Unsplash


Additionally, proponents argue that RCV makes money less important in races and also diversifies the candidates who can win races. And RCV eliminates the need to hold expensive runoff races.

Denver had a chance to adopt ranked-choice voting in 2021.

With state and federal laws requiring a 45-day mailing deadline for active-duty military and overseas citizens and an eighteen-day mailing deadline for domestic voters, Denver's timeline, which included a May municipal election followed by a June runoff, was too tight. The office of Denver Clerk and Recorder Paul Lopez proposed to Denver City Council two potential solutions to fix this problem: Move the municipal election from May to April and keep the runoff in June; or switch to an instant runoff system, aka ranked-choice voting.

But the ranked-choice voting idea ran into a Denver City Council that was mostly opposed to the proposal. Councilman Kevin Flynn was the leader of this opposition.

"The two-round system is the only voting system that can produce a majority winner every time. Every single time," Flynn says.

In the summer of 2021, as city council was considering its options to fix the calendar issue, Flynn conducted research. He discovered that Denver had used a form of ranked-choice voting in the early twentieth century, which he points out was a time period in which Denver elected Benjamin Stapleton, a registered member of the Ku Klux Klan, as mayor.

But that method — called the Bucklin Method — is different from the modern-day ranked-choice voting system being implemented across the U.S. The Bucklin method, which originated in Grand Junction, actually allowed for situations in which there were more votes than voters. The method has largely fallen out of favor.

Flynn also pulled together a list of candidates elected through ranked-choice voting in other municipalities who hadn't received a majority of first-place votes in the first round. He highlights the eventual election of Malia Cohen in a race for San Francisco Supervisor, in which she got 11.78 percent of the first-place votes in the first round, as an example of ranked-choice voting leading to the election of a candidate whom few people supported as their first choice.

But Flynn has it all wrong, according to McReynolds, now a nationwide expert on elections administration and policy.

"It just gives voters an ability to have a say in a different way. It gives them more choices in the process, especially when you have a huge field of candidates. When you don’t do that, money wins the day. Whoever can get the most money for TV, it kind of becomes like a popularity contest rather than an actual election," says McReynolds, whose proposal of a possible ranked-choice voting system during her tenure as elections director didn't gain any traction with Denver leadership.

As part of her argument in favor of switching to ranked-choice voting, McReynolds points to the 2011 election for the Denver City Council seat in District 8, which came after the death of Councilwoman Carla Madison from cancer. Since the ballot had already been certified, the only candidates who could enter the race were write-in candidates. Thirty-eight candidates vied for the seat. Albus Brooks and Wil Alston each made the runoff with fewer than 1,000 votes apiece, and Brooks wound up winning the runoff race.

"There were even some of those write-in candidates that didn’t have any votes," McReynolds says. "That was another example of about forty candidates, and it took a tiny percentage to make the runoff."

In 2021, Denver City Council ultimately opted against referring a ranked-choice voting measure for voter approval, Instead, it put a proposal on the ballot to switch the municipal election date from May to April, which voters ended up approving.

"When you’ve got people that get elected in the current system and they’re successful in winning their election, they get worried about changing a model that they won in," notes McReynolds.

Some Colorado municipalities — Basalt, Telluride and Carbondale — already use ranked-choice voting. And Broomfield, Boulder and Fort Collins voters have also approved ranked-choice voting, with the systems set to be implemented later this year or in the coming years.

Senator Jeff Bridges, a Democrat who represents parts of Denver, Jefferson and Arapahoe counties, is considering putting forward a bill in the Colorado Legislature that will focus on presidential primaries and may have a ranked-choice voting component attached to it.

"You’re empowering voters to give them more choice, make sure their voice is heard even if they choose a candidate that ultimately drops out or doesn’t have enough money to make it through the presidential primary," McReynolds says. "It would be great for those voters that took the effort to vote to have their second choice considered."
KEEP WESTWORD FREE... Since we started Westword, it has been defined as the free, independent voice of Denver, and we'd like to keep it that way. With local media under siege, it's more important than ever for us to rally support behind funding our local journalism. You can help by participating in our "I Support" program, allowing us to keep offering readers access to our incisive coverage of local news, food and culture with no paywalls.
Make a one-time donation today for as little as $1.