Denver Home Bidding Wars Are Officially Over — for Now 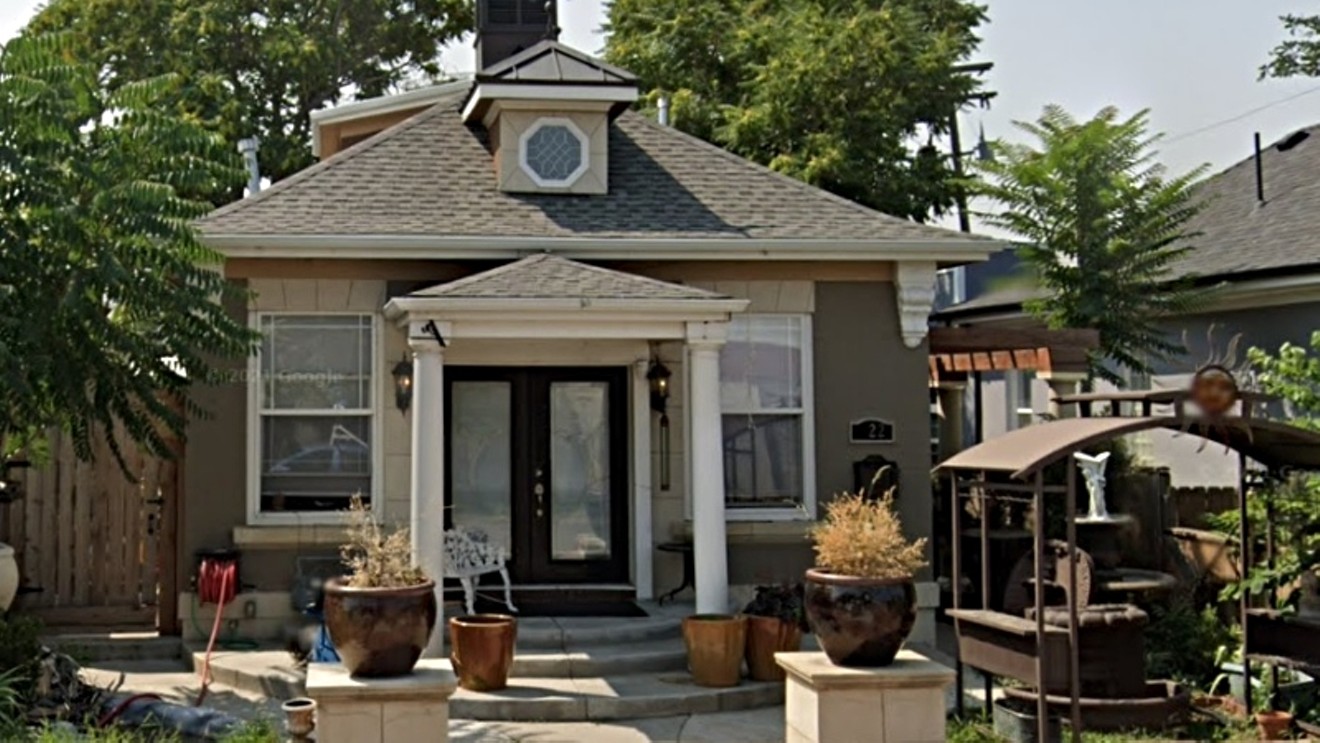 This three-bedroom, three-bathroom, 1,719-square-foot home at 926 West 4th Avenue is listed at $800,000, just under the median price for single-family homes in Denver during August. Google Maps
Last month, for the first time in more than two years, the average single-family home in Denver sold for under list price, according to newly released data from the Colorado Association of Realtors. But even though this development marks the end of an era when bidding wars dominated the market, prices in the Mile High City remain higher than at the same time in 2021.

There are other major takeaways from the association's analysis for August. For example, the median price of a single-family home in the seven-county Denver area slid for the fourth consecutive month, landing at $620,000 — and while that's still almost 10 percent higher than the median in August 2021, it's about $40,000 lower than April's record-setting peak.

The median home price in Colorado as a whole was $570,000 in August, marking the fourth monthly decline in a row; the August number was down approximately $30,000 from April.

Within Denver city limits, supply-and-demand stats finally appear to be tipping in the direction of buyers owing to a combination of higher interest rates and growing inventory. The 539 homes sold in Denver in August was down by nearly a third from the previous year, with the 830 homes listed for sale in August representing a 19.4 percent annual leap.

While Denver's median sale price of $655,000 and average sale price of $803,863 for detached homes this August were higher than in August 2021 — by 4.6 percent and 3.5 percent, respectively — the number of days that homes remained on the market jumped from eleven last year to eighteen last month. Moreover, the percent of list price received last month was 99.1 percent — the first time the amount fell below 100 percent since early 2020.

Here's a chart showing the stats within Denver city limits in August.

Colorado Association of Realtors
The good news for buyers can easily turn into bad news for those trying to make a living from selling homes. But Denver realtor Matthew Leprino insists that "the sky isn't falling." He sees the median-price decline as "rather routine" when viewed from a seasonal perspective, and says that the 4.6 percent annual price increase is more sustainable than the 15.9 percent hike from 2020 to 2021, which he likens to "gunning your engine after a red light only to see that there's another signal ahead."

Other parts of the metro area report different traffic conditions. Realtor Sunny Banka says that in Aurora, her area of specialization, inventory is from 40 to 128 percent larger depending on the zip code, but prices in Centennial remain up by about 10 percent over this time last year. "The median price in 80010 is $440,000, 80013 is $530,000 and the median price in 80111 is now up to nearly $1.1 million," she says, but adds, "We are seeing some sellers lowering prices in certain situations."

Boulder and Broomfield represent outliers. According to realtor Kelly Moye, those counties continue to "weather the latest shift as if nothing has changed. Home prices are up about 11 percent since the beginning of the year, and inventory continues to decline. The average list-price-to-sales-price ratio remains over asking at 104 percent, and average days on the market hovers around twelve in Broomfield and thirty in Boulder. It would appear that we are still in that hot seller's market we've become so accustomed to for the last two years."

That's no longer the case in Denver and many other counties across Colorado, though, as indicated by the bidding-wars ceasefire.
KEEP WESTWORD FREE... Since we started Westword, it has been defined as the free, independent voice of Denver, and we'd like to keep it that way. With local media under siege, it's more important than ever for us to rally support behind funding our local journalism. You can help by participating in our "I Support" program, allowing us to keep offering readers access to our incisive coverage of local news, food and culture with no paywalls.
Make a one-time donation today for as little as $1.