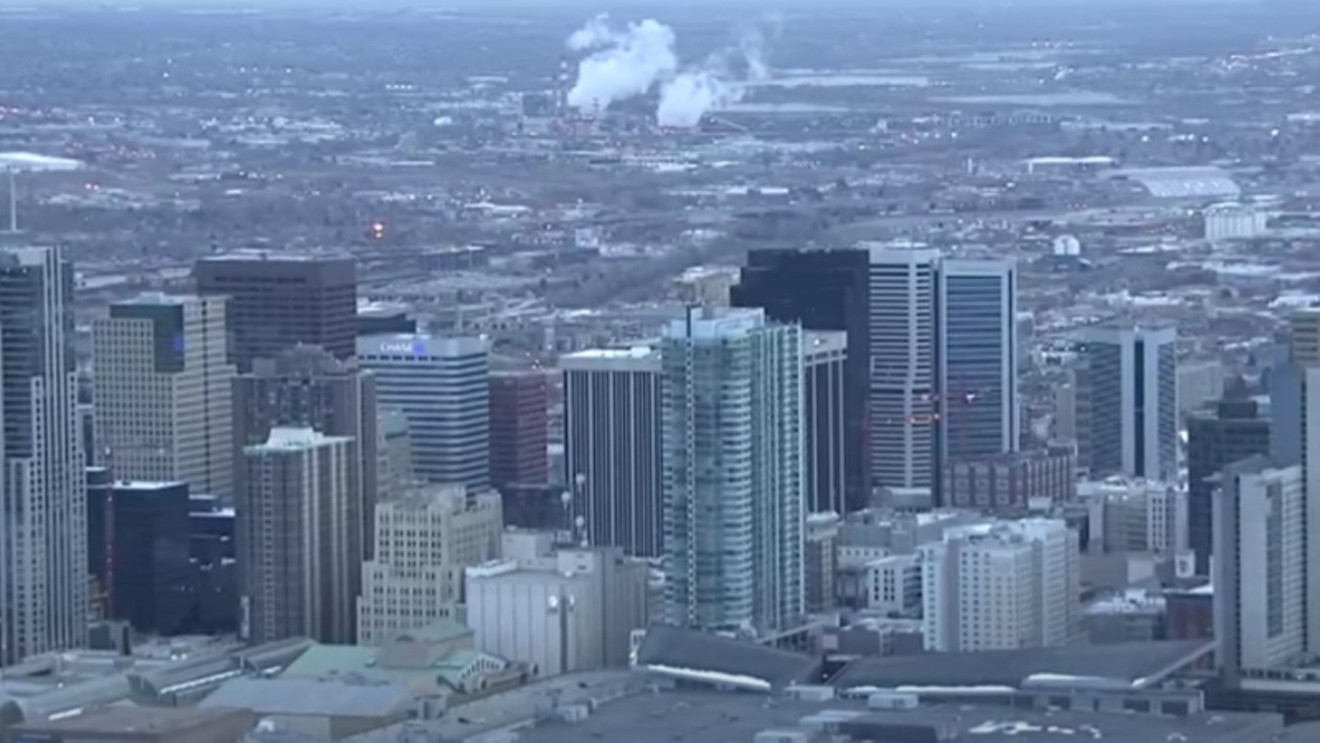 It's been a dizzying decade for housing-cost hikes along the Front Range over the past decade, as documented in a new analysis by the real estate website Point2. Statistics reveal that the median price for a single-family home more than doubled in four Colorado metro areas — Denver, Colorado Springs, Boulder and Fort Collins — from 2011 to 2021. The increases are so mind-boggling that Point2 breaks them down by day over that ten-year span, ranging from a daily increase of $66 for Fort Collins to a staggering $107 in Boulder.

This phenomenon wasn't unique to Colorado. Point2 examined the median single-family home prices during 2011-2021 for 187 of the largest communities in the United States. Two of these (Detroit and Boise) saw price increases of more than 300 percent over that period, while nine others experienced leaps of 200 to 299 percent and sixty others went up by 100 to 199 percent.

Here are the first ten entries on the midsize cities list: 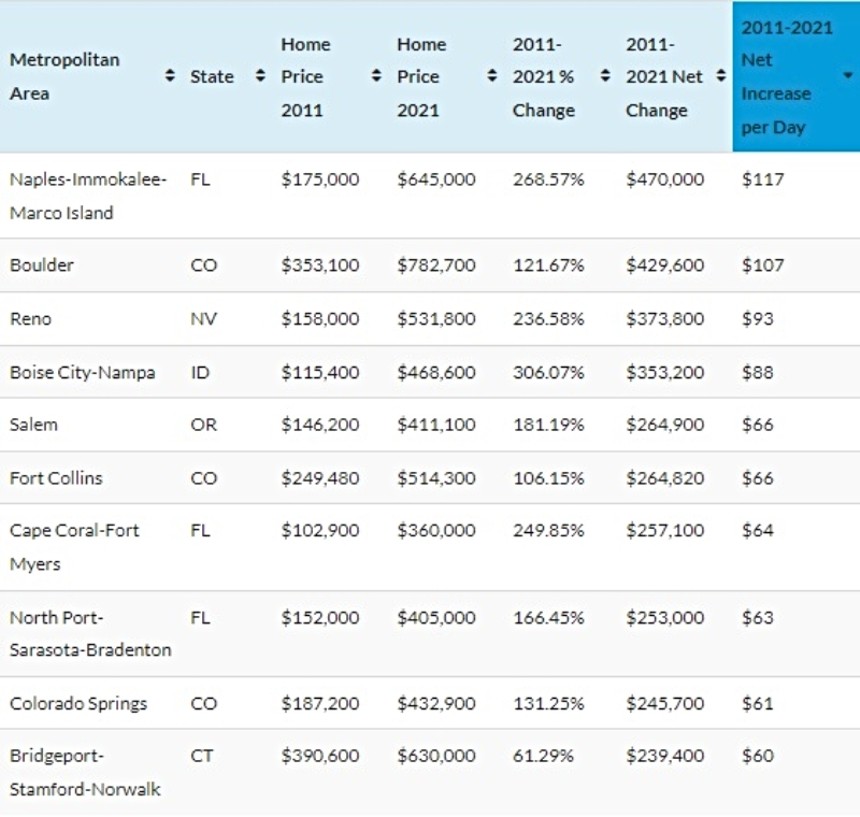 point2homes.com
Meanwhile, the Denver-Aurora-Lakewood metropolitan statistical area made the top ten for large metros, winding up in the eighth slot by virtue of a median single-family home price that went from $231,400 in 2011 to $607,100 in 2021. The difference of $375,700 represents a 162 percent upswing that worked out to an average price climb of $94 every day:

point2homes.com
The Denver Metro Association of Realtors survey for August estimated the median single-family home price in the area at $645,000 — a dip of under 1 percent from July. That makes 2021 prices seem like a bargain — unless they're compared with those in 2011.
KEEP WESTWORD FREE... Since we started Westword, it has been defined as the free, independent voice of Denver, and we'd like to keep it that way. With local media under siege, it's more important than ever for us to rally support behind funding our local journalism. You can help by participating in our "I Support" program, allowing us to keep offering readers access to our incisive coverage of local news, food and culture with no paywalls.
Make a one-time donation today for as little as $1.