The Victims of Eight Denver Homicides in Eight Days 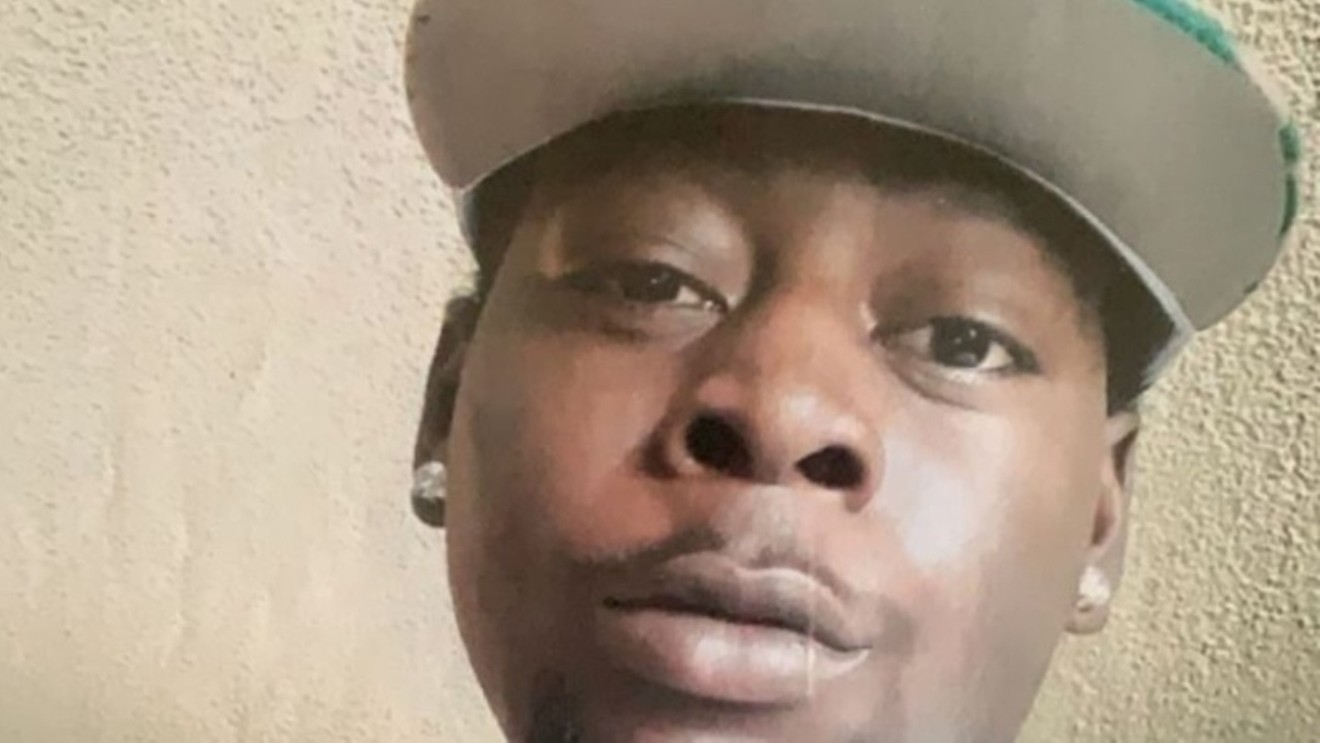 A family photo of the late Tayvion Washington. GoFundMe
Activists at Denver demonstrations against racist policing frequently note that black men and women killed in law enforcement actions are treated as though their identities don't matter — hence the reminder to "say their name."

This scenario is also commonplace when it comes to people of color who are victims of other homicides; all too often, their deaths are transformed into mere statistics. During the first eight days of July, eight people were killed — yet reports like this one fail to mention the name of a single person whose life was lost.

The increase of violent crime in Denver is being treated as a sudden change, when it's actually been building since the beginning of 2020. According to City of Denver statistics, there were 31 murders in Denver from January through May this year — a 47.6 percent increase over the 21 murders during the same period in 2019. Aggravated assaults were also up significantly over that span — from 1,151 in the first five months of 2019 to 1,424 in 2020, a 23.7 percent jump.

House Minority Leader and Columbine shooting survivor Patrick Neville is among the politicians trying to make political hay out of such issues. In recent public comments, Neville compared 2020 to Denver's so-called Summer of Violence, which took place in 1993 and quickly became a media phenomenon that exaggerated the actual situation on the ground. As we documented in 1995, the homicide rate in the summer of 1992 was very similar to that of 1993, and actually brisker in the two years that followed — though those seasons lacked a catchphrase that would stick in the memories of Denver residents...and politicians.

A family photo of the late Booker Jackson III.
ballardfamilymortuaryllc.com
The names of those lost in the last week will definitely stick in the memories of their friends and loved ones. One post on the obituary for Booker Jackson III is written in the present tense. It reads: "Book is a wonderful man. He touched a lot people in his life. He's an awesome father, son, brother and friend and those who love him will continue to live in his name. Nobody better to call my brother and friend."

Tayvion Washington is the subject of a GoFundMe page titled "Tayvion's Final Cost."

"We have lost a shining bright light in our Family — Tayvion Washington," the introduction begins. "He was a bright, goofy, caring, loving and sometimes misunderstood young man. He cared for everyone and gave his love freely through many hugs and kisses. He was a beautiful soul in and out. While his family is cherishing the time and love he blessed them with, they are truly devastated by his sudden loss. He was only 19 years old and he was taken by gun violence outside of his Aunt's house."

The intro adds: "Please pray for our family during this difficult time as we grieve the loss of a son, brother, nephew, cousin, grandson & friend."

A family photo of the late Xzavier Collier.
GoFundMe
A GoFundMe page has also been created in the name of Xzavier Collier — at fourteen, the youngest to die in the first eight days of July.

"Wednesday July 8, 2020, Xzavier was taken from this earth," the page's narrative states. "He was killed by a senseless act of violence. At the young age of 14, Xzavier impacted so many with his presence."

"X man," as he was known, "was a loving son, nephew, brother, and cousin. He was kind, thoughtful, funny, and it was rare to catch him without a smile. The family is still trying to piece together and make sense of this tragedy" and seeking help to pay for funeral and memorial expenses.

And yes, Xzavier Collier had a name.
KEEP WESTWORD FREE... Since we started Westword, it has been defined as the free, independent voice of Denver, and we'd like to keep it that way. With local media under siege, it's more important than ever for us to rally support behind funding our local journalism. You can help by participating in our "I Support" program, allowing us to keep offering readers access to our incisive coverage of local news, food and culture with no paywalls.
Make a one-time donation today for as little as $1.