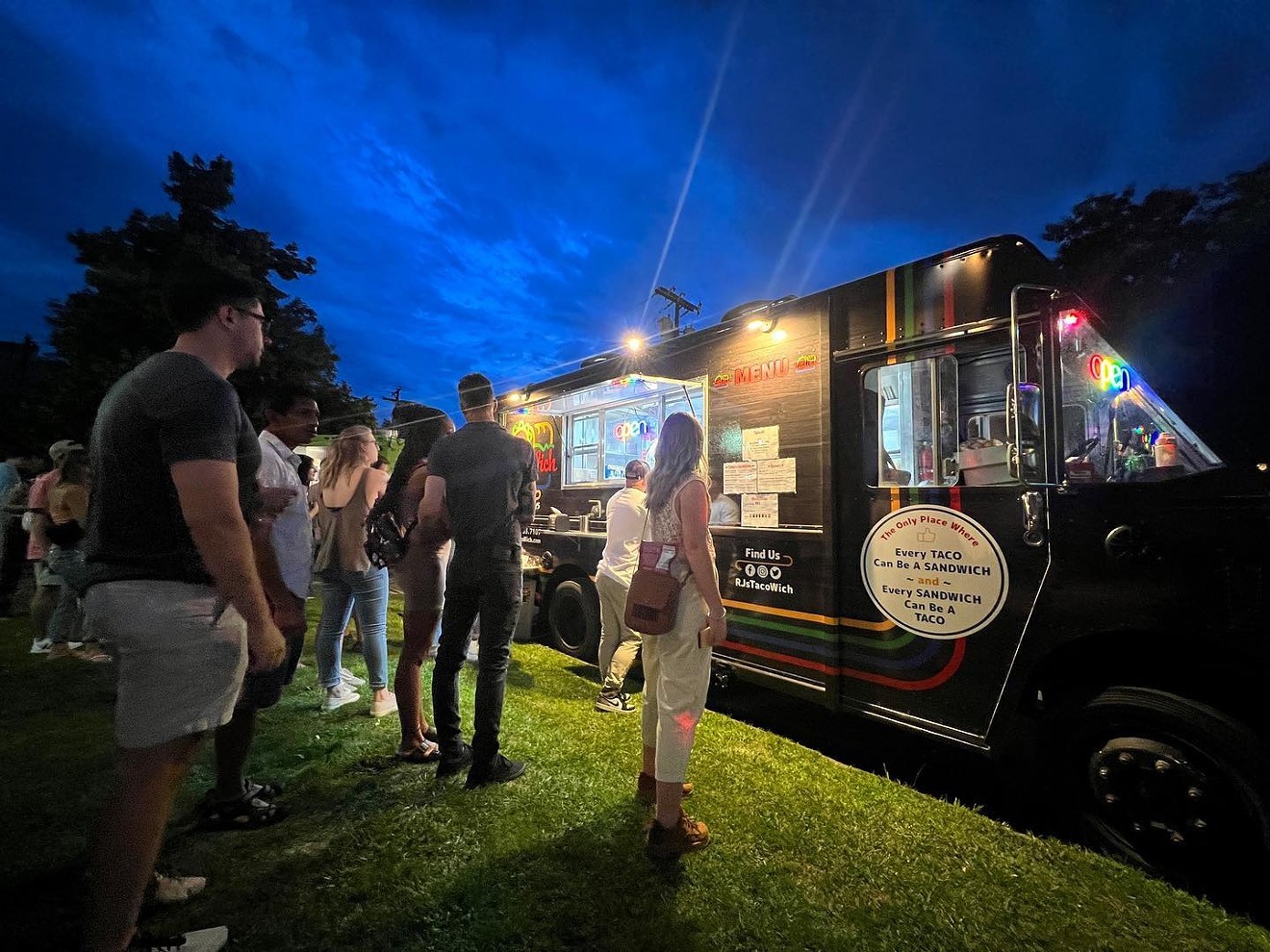 In late July, after Denver Police Department officers injured six bystanders in a shooting on the 2000 block of Larimer Street as bars were letting out, the DPD announced that food trucks would no longer be allowed to operate on sections of Larimer, Blake and Market street on Fridays and Saturdays. At the time, the city said the ban could be temporary, and now updated rules have been issued.

For 180 days starting on August 24, the city has designated the area bordered by Speer Boulevard, 20th Street, Larimer and Wynkoop Street, along with the area between 20th and 22nd streets from Blake to Broadway, as a mobile food vendor restricted area. The Central Business District (which provides the southeast boundary of the area) has never allowed food trucks.

In the restricted area, permitted food trucks will be allowed to operate from 5 a.m. to 9 p.m. on Fridays, Saturdays and certain holidays listed in the emergency rules. There will be seven spots open for food trucks that want to stay open until midnight. Four of those spots will be on the 1900 block of Blake, and three will be on the 2000 block of Market.

"These actions will help to facilitate individuals leaving the [lower downtown] and [Denver Union Station] areas after bars and nightclubs close and curb large gatherings of individuals, and reduce the opportunity for conflicts and violence that arise," the rules state.

Food-truck owners have protested the new rules, arguing that they do not contribute to the problems downtown and saying that the restrictions harm small businesses. According to Leilani Johnson, who operates RJ's TacoWich, the proposal for a limited number of trucks is not a solution.

"It feels like they were going through the motions of making us feel heard," she adds. 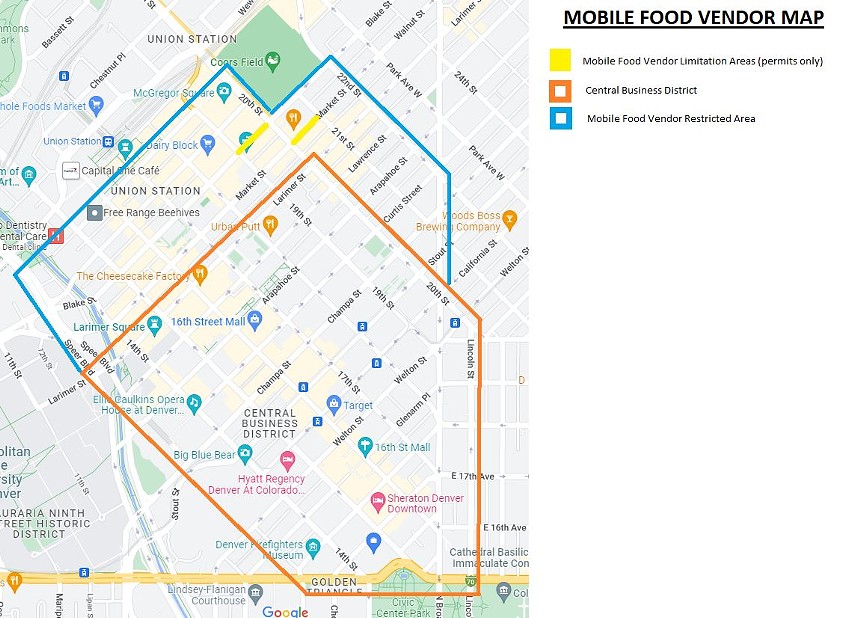 Food trucks in the area outlined in blue will close by 9:00 p.m. on Fridays and Saturdays unless specifically granted a permit.
Denver Department of Transportation and Infrastructure
Over the 180 days while these rules are in effect, discussions about permanent rules and regulations for food trucks will continue, and the local vendors will be included, DOTI says.

In the meantime, trucks will be issued permits for the seven prime spots with extended hours on a first- come, first-served basis; a single vendor will be permitted at each location. Those who receive the permits will have to vacate the spot by 11:59 p.m. or risk facing penalties.

For spots this weekend, the department will follow up with vendors who previously applied for permits in the restricted area, according to Nancy Kuhn, marketing and communications manager for DOTI. After that, the city will follow the normal procedures, which call for applications at least fourteen days before the requested date.
KEEP WESTWORD FREE... Since we started Westword, it has been defined as the free, independent voice of Denver, and we'd like to keep it that way. With local media under siege, it's more important than ever for us to rally support behind funding our local journalism. You can help by participating in our "I Support" program, allowing us to keep offering readers access to our incisive coverage of local news, food and culture with no paywalls.
Make a one-time donation today for as little as $1.