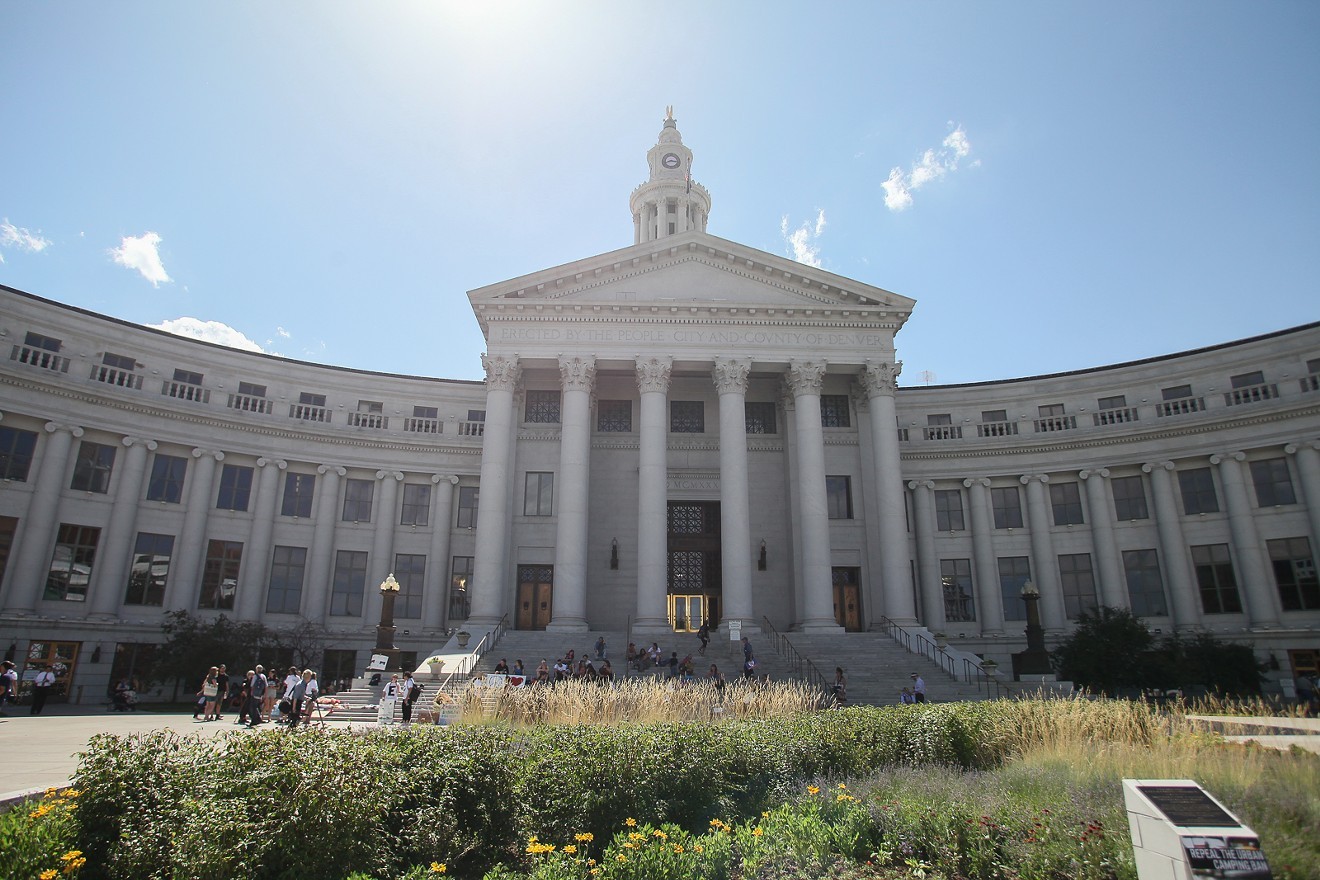 Who'll occupy the mayor's office next? denver.gov
While the Denver mayoral candidate field has appeared comically large in recent months — with 29 individuals initially registering to run for the city's chief executive position — the list of actual candidates on the April 4 ballot will be more manageable. That's because some people who wanted to succeed the term-limited Mayor Michael Hancock didn't make the cut.

By 5 p.m. January 19, people vying to be on the ballot in the next municipal election had to submit the required verified elector signatures. For mayor, candidates had to show proof of signatures from 300 registered electors. Some candidates, like State Representative Leslie Herod, made quick work of this requirement, collecting signatures and submitting all of them on December 14, the same day that petitioning could begin. Kelly Brough, another mayoral candidate, submitted her signatures just a day later.

But plenty of other candidates took a bit longer to get their signatures.

With all signature petitions now counted, seventeen candidates have qualified for the mayoral ballot. Three withdrew from the race. And one, Abass Yaya Bama — who once vied to be president of the Ivory Coast — did not qualify for the ballot by signatures, but has already declared himself a write-in candidate. Eight other candidates did not qualify for the ballot based on not submitting enough signatures; some of them, like Baba, may opt to run as write-in candidates.

The wait to see if he had qualified was especially difficult for one candidate, anti-gang activist Terrance Roberts, who is the subject of the book and film The Holly. On January 19, Roberts saw on the online candidate tracker that he had initially not qualified.

"It almost gave us a heart attack. We were like, 'What the heck?' We were in a weird limbo," says Roberts.

A handful of news outlets ran with the story that Roberts had failed to qualify.

But it turns out that the Denver Clerk and Recorder's Office had jumped the gun.

"On our website, we are tracking candidate verification status as we work through the materials they gave us by the deadline. His status was insufficient on the website based on what he had submitted prior to January 19," says Lucille Wenegieme, a spokesperson for the Denver Clerk and Recorder's Office. "We reviewed his last petition packet, then we marked him as curing on the site while we verified it, then sufficient once we verified the last of his cure submissions were viable. We have shared on Twitter that he is sufficient now that we have reviewed all the documents we’ve received from his campaign."

Here's the list of mayoral candidates in alphabetical order by last name and whether they qualified for the ballot, which will be certified on February 4:

Matt Brady: did not qualify

Alex Cowans: did not qualify

Paul Fiorino: did not qualify

Sean Gallegos: did not qualify

Marcus Giavanni: did not qualify

Sylvia Herring: did not qualify

Jesse Parris: did not qualify

Ken Simpson: did not qualify

Campaign finance reports were also due at the end of last week; we'll soon know who qualifies for what under the next round of the Fair Elections Fund, a new public campaign-financing mechanism for Denver municipal races that many candidates say attracted them to enter the race.  And on February 7, there will be a drawing to determine in what order the eligible candidates will be listed on the ballot; find more details on the Denver Elections Division site.
KEEP WESTWORD FREE... Since we started Westword, it has been defined as the free, independent voice of Denver, and we'd like to keep it that way. With local media under siege, it's more important than ever for us to rally support behind funding our local journalism. You can help by participating in our "I Support" program, allowing us to keep offering readers access to our incisive coverage of local news, food and culture with no paywalls.
Make a one-time donation today for as little as $1.