Denver Partnering With Feds to Crack Down on Gun Crimes 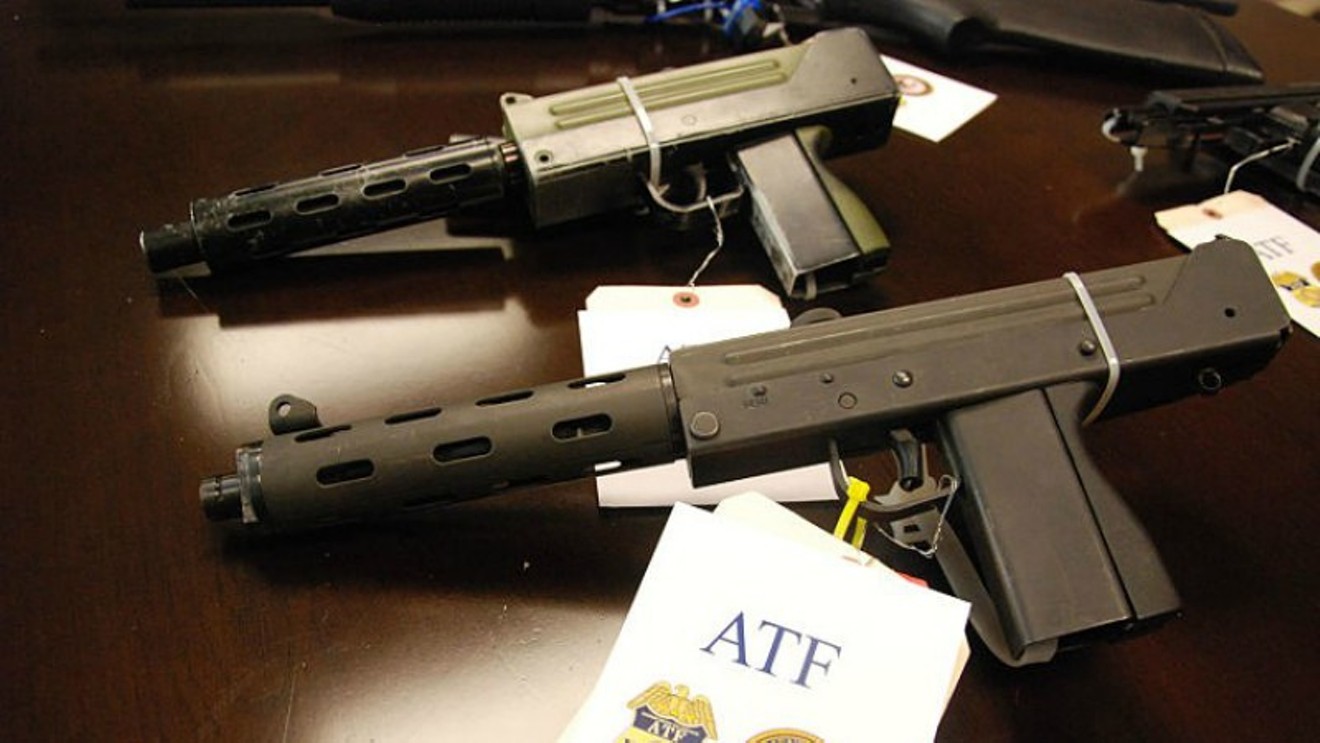 Bureau of Alcohol, Tobacco, Firearms and Explosives (ATF)
Citing a rise in both guns seized off the street and arrests for illegal gun possession, the Denver Police Department has started a new partnership with federal law enforcement to crack down on gun crimes.

"It's no secret that violent crime is on the rise, gun-related crime is on the rise in our city. We cannot become numb to this gun violence, we cannot normalize gun violence," Denver Police Chief Paul Pazen said during a July 28 press conference announcing the program, which pairs a DPD officer with a Bureau of Alcohol, Tobacco, Firearms and Explosives agent to investigate illegal firearm crimes.

The DPD-ATF team will focus on "violent felons who carry firearms," according to Pazen, who frequently referred to the targets of the program as "the worst of the worst."

Typically, Denver police officers investigate reports of shootings themselves. This program will add an ATF agent, who will respond to investigations in progress alongside a trained Denver police officer; together they will work on gathering evidence and interviewing possible witnesses for as many shooting cases as the team can handle. The specialization in gun crimes will lead to better investigations and more ironclad cases, law enforcement officials suggest.

The program will also streamline prosecution of cases involving a felon in possession of a firearm either by the Denver District Attorney's Office or the U.S. Attorney's Office. With the feds more involved, individuals who illegally possess guns might realize that they could face stiffer prosecution, officials say.

Local law enforcement will work with the feds to review all cases involving a felon in possession of a firearm. "As a result of that review, we're going to determine which office can bring charges that will best incapacitate the people who've been arrested with guns, and when federal charges are most likely to accomplish that goal, we are not going to hesitate to vigorously pursue those charges," said Matt Kirsch, acting U.S. Attorney for the District of Colorado.

David Booth, the ATF Denver Special Agent in Charge, said that he hopes the program will create gun-crimes investigations in Denver that involve dedicated local and federal law enforcement resources at the level seen with the arrest of four people on guns and drugs charges at the Maven Hotel in the run-up to the MLB All-Star Game. Three of the four individuals arrested are now in federal custody and have hearings this week related to the federal charges; they cannot be released in the meantime, as might happen if they'd just been charged in Denver — as Mayor Michael Hancock noted during his State of the City speech.

Added Booth: "The message I'd like to pass on to Denver is, 'Folks, this is your community. This is your police department. This is your ATF.' And we're going to use everything we can at our disposal to hold these violent people accountable."

As part of the partnership program, the DPD, ATF and the U.S. Attorney's Office for the District of Colorado, in partnership with Metro Denver Crime Stoppers, will place billboards in five areas of Denver that law enforcement identified as violent-crime hotspots: South Federal Boulevard and West Alameda Avenue, Colfax Avenue and Broadway, East Colfax and Yosemite Street, East 47th Avenue and Peoria Street, and MLK Boulevard and Holly Street.

LoDo and the 16th Street Mall have also seen a recent uptick in shootings over the past month, but won't be getting billboards. "We're aware of it," Pazen said. "We've made some changes to some of the staffing down in these areas, and we'll continue to evaluate it. But we also think that this initiative...will help us start to mitigate this violence and start to reduce the violence in our city."
KEEP WESTWORD FREE... Since we started Westword, it has been defined as the free, independent voice of Denver, and we'd like to keep it that way. With local media under siege, it's more important than ever for us to rally support behind funding our local journalism. You can help by participating in our "I Support" program, allowing us to keep offering readers access to our incisive coverage of local news, food and culture with no paywalls.
Make a one-time donation today for as little as $1.