Where Denver-Area Rents Are Falling Fastest 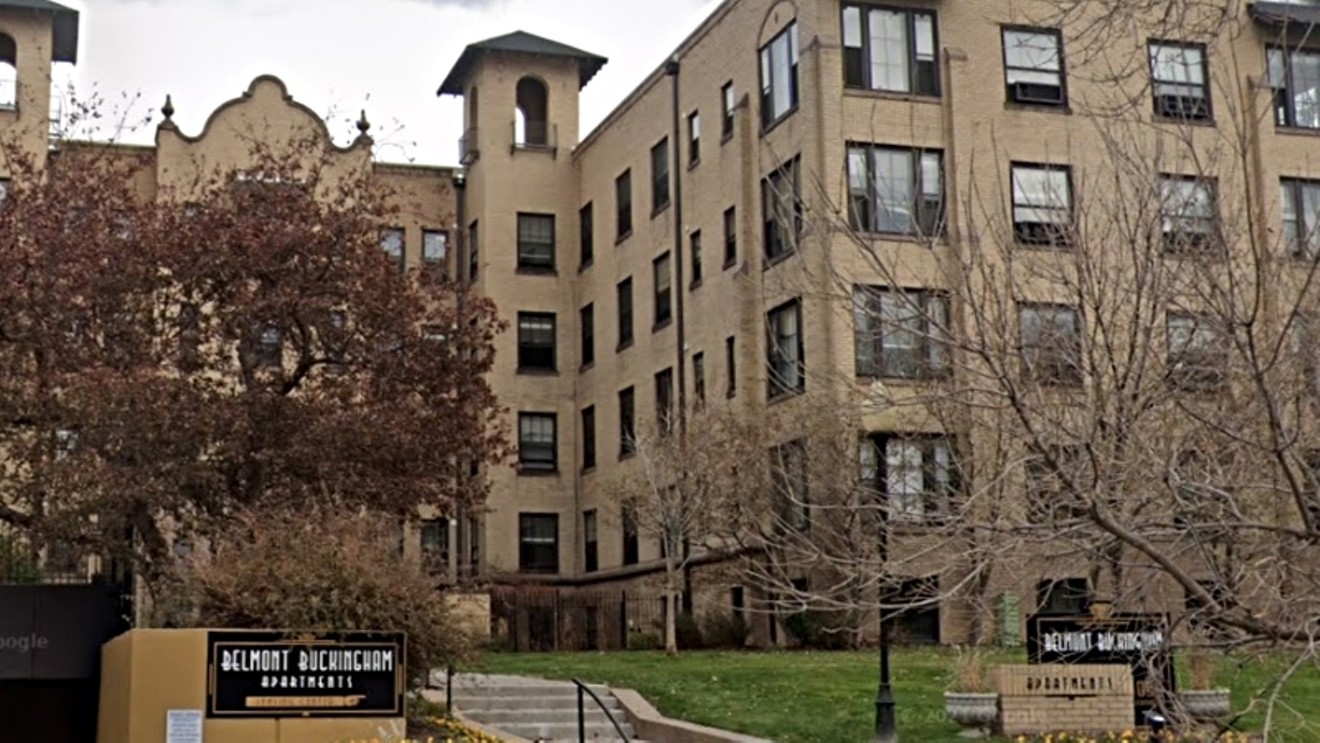 The Belmont Buckingham Apartments at 1050 Sherman Street is currently offering studios to three-bedrooms units at rates ranging from $1,340 to $3,340. Google Maps
The just-released October report from Apartment List documents that rents are continuing to drop in metro Denver. But the news for renters is even better this time around, with month-over-month prices down in the city as well as in all but one of the other dozen local communities the service tracks.

In some places, including Denver, the dips are small. In others, they're considerably larger.

Within Denver city limits, rent slid by 0.2 percent in September, following increases of 0.1 percent in August and 0.8 percent in July. The decline raises hopes that the cycle will return to the phase last seen from November to December 2021, when rent slid 1.1 percent — before steadily climbing through 2022's first half.

Granted, the median one-bedroom rent of $1,440 in Denver during September was still 4.0 percent higher than it was at this time last year. But that's a major improvement over the costs in July and August, which were 8.8 percent and 6.2 percent higher, respectively, on a year-over-year basis. Moreover, the city's current annual increase is below that of both Colorado as a whole (5.1 percent) and the United States generally (7.5 percent). And only three of the dozen other metro communities analyzed by Apartment List have had lower rent growth than Denver's from this time last year: Parker at 2.5 percent, Broomfield at 2.7 percent, and Lone Tree at 3.7 percent.

The annual rent hikes in the remaining towns ranged from a low of 4.3 percent in Brighton to a high of 8.1 percent in both Englewood and Golden. That was the community showing the only monthly increase, 0.8 percent, on this most recent report.

apartmentlist.com
Not on this roster is Boulder, the subject of its own Apartment List rent report — and the latest stats show that median rent prices technically remained flat last month. However, the one- and two-bedroom tags actually went down slightly from August to September — $1,534 to $1,527 for the former, $1,955 to $1,946 for the latter.

Saving fewer than ten bucks a month may not seem like a huge deal. But after the dizzying rise most metro-area renters have experienced, even a small break is welcome.
KEEP WESTWORD FREE... Since we started Westword, it has been defined as the free, independent voice of Denver, and we'd like to keep it that way. With local media under siege, it's more important than ever for us to rally support behind funding our local journalism. You can help by participating in our "I Support" program, allowing us to keep offering readers access to our incisive coverage of local news, food and culture with no paywalls.
Make a one-time donation today for as little as $1.