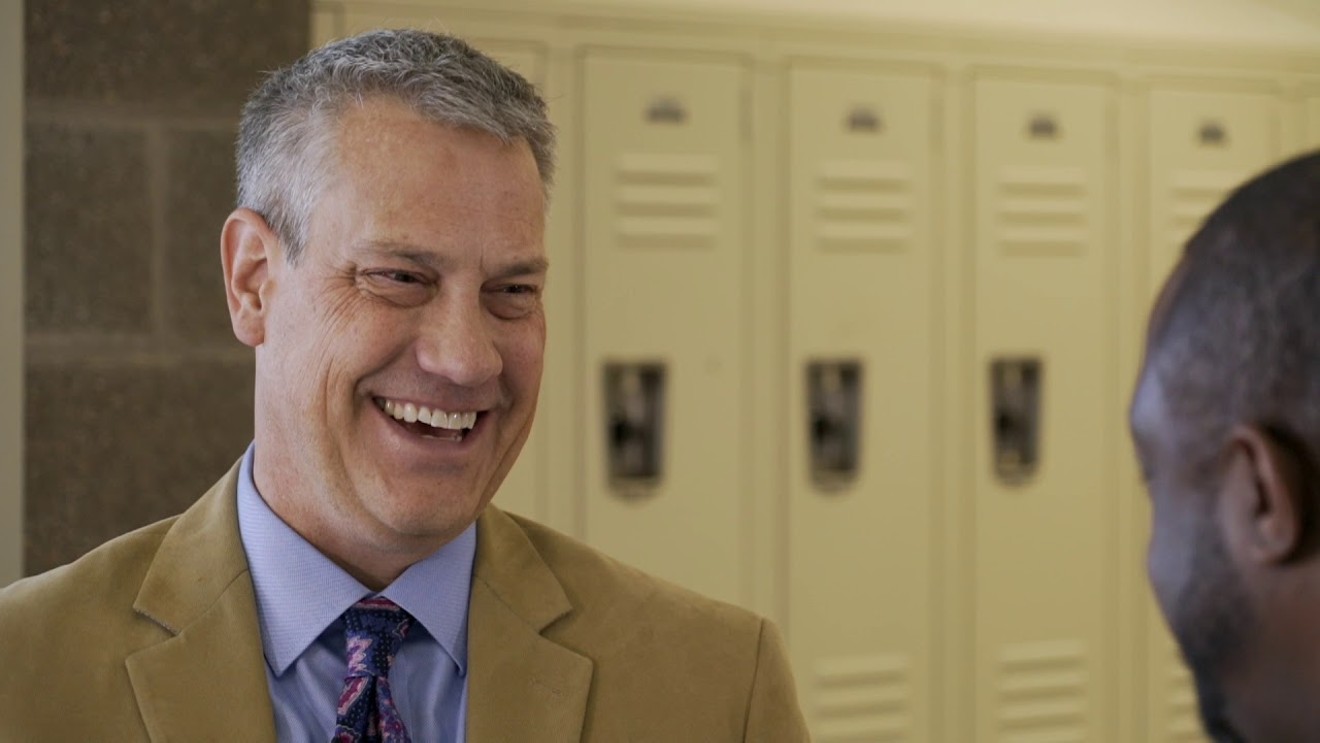 A special meeting of the board — the same kind of gathering at which Wise was sent packing on February 4 — has been scheduled for 5 p.m. February 16 at the district's headquarters, 620 Wilcox Street in Castle Rock. Its subject is unclear, however. A bright red line on the DCSD website page announcing the event currently reads: "This agenda has not been approved for public viewing."

Given the state of the district, the possible topics are endless. Westword has obtained the February 5 resignation letter of Sid Rundle, the district's much-respected special education services officer who was a member of the district's cabinet, and the document puts the board's dismissal of Wise on blast. The board members behind the superintendent's ouster "showed themselves to be firmly yoked to political influence, arrogant ideology and a disdain for due process," he wrote. "Simply put, if they are not aligned to the values of Corey Wise, then they are not aligned to mine either and their actions last night were a blow to me as well."

The resignation, which becomes official on February 18, was made public last week by boardmember David Ray, who, along with colleagues Elizabeth Hanson and Susan Meek, staged a highly unusual Zoom meeting on January 31 in which they divulged that the conservative bloc of Becky Myers, Mike Peterson, Christy Williams and Kaylee Winegar had given Wise an ultimatum: Either resign or be pink-slipped. This revelation triggered a protest by teachers with the district, which serves approximately 64,000 students at eighty-plus schools; more than a thousand called in sick, causing classes to be canceled on February 3. And on February 7, after Wise had been disappeared, hundreds of students at multiple schools staged a walkout to express their displeasure.

Westword sent a copy of Rundle's letter to each member of the school board early February 14, along with a request that they share their thoughts about his assertions. Myers immediately responded with an email copying DSCD spokesperson Paula Hans. "I run everything through the district communications for permission," she wrote. A few hours later, Hans sent a note of her own: "At this point, I do not have a Board Director wishing to provide an interview." Myers included.

That changed in the afternoon, when Ray weighed in via email. "I was extremely saddened by Mr. Rundle's resignation, but not at all surprised that this was a moral choice he had to make," he maintained. "This is the kind of person Mr. Rundle is. Tolerating injustice and mistreatment of others are in direct opposition to his unwavering values and character. Losing Mr. Rundle is a direct blow to the years of progress made by previous boards to regain the trust of our community who has students with special needs. Placing Mr. Rundle in this cabinet level role was the impetus of this work and brought a much-needed hope to this community."

And Ray doesn't feel he's alone in his opinion. "Mr. Rundle's perspective is certainly supported by the majority of over 1,200 emails the board has recently received," he wrote. "There are many who are equally outraged with the lack of integrity and due process in how the superintendent's termination was handled."

The board has been considering the launch of a bond issue in November that would require taxpayers to dig deeper to fund Douglas County schools, and Ray is concerned that the ongoing turmoil may put its potential passage at risk. "While I believe the majority of voters understand the need (e.g. improved teacher compensation and new schools), they also want to invest in an organization with clear vision, stable leadership and effective governance," he noted. "All of this has been thrown into question due to the recent events."

Ray added: "I believe everyone on the board has a desire to do what is in the best interests of children. We can certainly disagree with 'how' to accomplish this. Diverse opinions and deliberation lead to better decision-making. However, when decisions are made outside of the public eye, and without allowing the community to provide input, this has a detrimental impact on our staff and students. What is best for political ideologies is not always what is best for students."

Rundle has not responded to outreach from Westword. Here's his resignation letter, addressed to acting co-superintendents Danielle Hiatt and Andy Abner:

I am submitting my formal resignation from my position as Special Educations Services Officer in Douglas County School District, effective immediately. In light of last night's Board of Education decision to unilaterally terminate our superintendent I no longer align with the direction our district is taking. It is not so much a matter of me leaving DCSD as it is I believe DCSD has left me.

After 28 years of dedicated and steadfast service to the children and families in the Douglas County community, this decision is not made lightly or without great personal pain. But I am resolute in this decision as I find I cannot continue to be associated with an organization that is so hostile to the values and core beliefs I cherish so dearly. This is a duly and fairly elected Board and represents the will of the majority voting public in Douglas County. Last night they revealed much about themselves and their intentions that I find deeply incompatible. Despite their propaganda, they do not value loyalty, hard work, dedication, relationships, decency, humility or integrity. Instead, they showed themselves to be firmly yoked to political influence, arrogant ideology, and a disdain for due process. Simply put, if they are not aligned to the values of Corey Wise, then they are not aligned to mine either and their actions last night were a blow to me as well.

I have never been a part of a collaborative (Cabinet) of more talented and dedicated individuals, and I continually felt humbled and honored to be a member of it, albeit for a short time. I believe we were on the precipice of changing the world — at least our little world in DCSD. My respect and admiration for the two of you are vast and I earnestly apologize for the additional disruption that my resignation will cause the two of you. I also apologize for any ways in which my actions or failures as a member of our Cabinet contributed to the otherwise baseless claims that have resulted in Corey's termination. While I may not always have agreed with Corey on everything, I never once doubted his intentions or integrity and I was honored to serve under his leadership. And I will continue to be huge supporters of you two as well, from afar.

While my resignation is effective immediately, I would ask for the courtesy of allowing me a small amount of time to collect my personal belongings from my office and the opportunity to transfer files from my work computer to a personal one that I now need to purchase. I will do this as expeditiously as I can but I ask that access to my Google Drive and email not be turned off immediately if that can be avoided. If you need for me to give my two weeks notice I will do so to honor you, but I ask that you allow me to skip next week's BOE meeting. In this case, my last day will be Friday, February 18th.