Members of the Martinez family. Additional photos and more below. 9News file photo
It's taken nearly eight years, but members of the Martinez family, best known for performing together in a mariachi band, have finally won their lawsuit against the City of Denver over a wrong-house police raid during which some of them were beaten by mistake, then wrongly charged with assault against the officers who'd attacked them.

The award of $1.6 million is smaller than the $1.8 million judgment won by the family in 2014, which Denver appealed. Still, it remains one of the largest payouts for a non-fatal incident in Denver history, putting attorney David Lane, whose firm has represented the family since before the 2011 filing of the original lawsuit, in mind of "something a wise judge once told me: Be careful when you ask for justice, because you might just get it."

When our original article on the case was published six years ago today, the Martinezes were represented by attorney Qusair Mohamedbhai, who was working with Lane's law firm. Since then, Mohamedbhai — the attorney for the family of Jessie Hernandez, whose 2015 death in a fatal police shooting is the subject of a separate post also published this morning — became a principal in his own law firm, Rathod Mohamedbhai LLC. Lane and associate Kathryn Stimson saw the Martinez case through to its conclusion, but Mohamedbhai's 2011 account of what happened remains on point.

As we reported at the time, Mohamedbhai described the Martinezes as "a family Mexican band. They've even done fundraising for other law enforcement, like in Adams County. They're good people. Nobody's got criminal records." 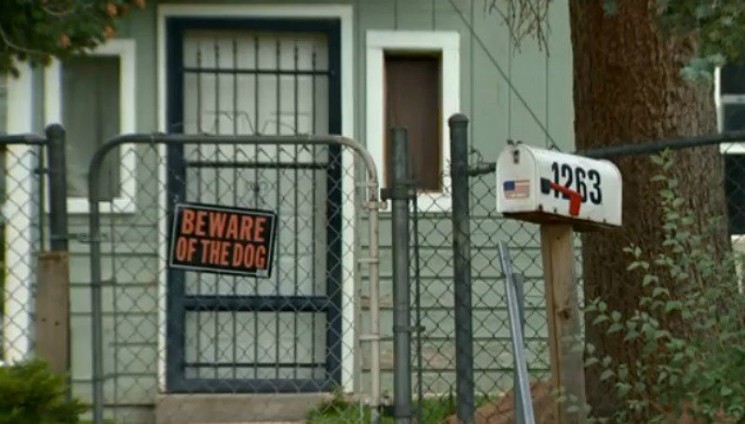 The home where the raid took place.
9News file photo
According to Mohamedbhai, "the Martinez family moved into a house at 1263 Stuart Street in December of ’08, about a month before the incident went down. The police were, I suppose, working on stale information about the former tenants presumably being into drugs and prostitution and some bad stuff. But those guys had been gone for a while. According to the landlord, the house had stayed empty for five or six weeks prior to the Martinez family moving in."

Cut to January 27, 2009, just past 11 p.m., when members of the District 1 Special Crime Attack Team, better known as SCAT, arrived at the Martinez home. "They had no warrant, no application for a warrant, nothing," Mohamedbhai told us. "They come in hard, kind of expecting to come into a drug den. The father [Daniel Martinez Jr.] opens the door a crack, and cops rush in and engage three of the Martinez family — the father and three of the kids [Jonathan, age sixteen at the time, Nathan, nineteen, and Daniel III, 21]. They punched first, asked questions later. One of the kids [Jonathan] got his head put through a window, and another one [Nathan] got punched so hard that he was launched into the air and staggered back. Then two of them got body-slammed outside."

Once everyone was cuffed, Mohamedbhai said, the officers assembled everyone on a couch inside the house — "and they look around and realize they're in a little family house, not a drug den. Then they ask everyone for their socials, and they've all got them; they're all citizens. So they trump up this story that the kids attacked them once the police came in the house upon consent. That's their version — that the dad let them in and the kids started swinging on these huge cops."

Mohamedbhai insisted that this last descriptor wasn't hyperbole. "One of the cops is six-five, another one is six-four. And Jonathan Martinez, he's something like 120 pounds." 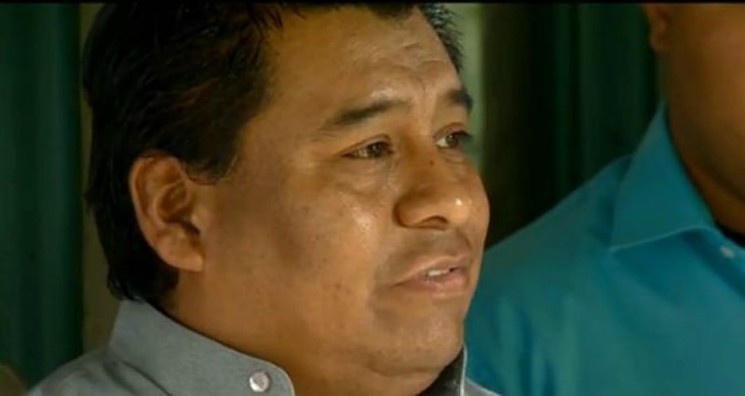 Daniel Martinez Jr.
9News file photo
Nonetheless, Nathan and Daniel III were charged with third-degree assault on a police officer, "which has huge criminal implications," Mohamedbhai pointed out. "Even if you have no prior history, it's a mandatory sentence of two years and a day in the Department of Corrections." But things worked out differently. In a jury trial in January 2010, "they were acquitted of all charges by the jury," he continued, "because the police story, once you dissect it, made no sense at all. There were inconsistencies of what happened, who was there, the sequence of events. It just wasn't clear."

The lawsuit followed, with a jury deciding on a $1.8 million award in September 2014. When Denver appealed, Lane says he wasn't particularly frustrated, because "we thought we were in a very strong position — and we wanted to appeal it, too, because the judge, Marcia Krieger, was trying to set a really dangerous precedent. The Martinez family was awarded two types of damages: compensatory, for pain, suffering and emotional distress, and then punitive, because the jury wanted to punish these officers."

The punitive award made up the lion's share of the overall total: $1.25 million. But, Lane continues, "Judge Krieger tried to push this agenda that punitive damages can never exceed compensatory damages. The Supreme Court has said it shouldn't go above a ten-to-one ratio, but there's no law saying it should be a one-to-one ratio. And she was trying to say it should be one-to-one."

The city, for its part, had called for a new trial "because they said the judgment was against the weight of the evidence, which we thought was pretty bogus," Lane allows.

The case recently reached the 10th U.S. Circuit Court of Appeals, where oral arguments suggested to Lane that the court was leaning toward the Martinez family's position. "It's difficult to read the tea leaves in that kind of situation," Lane acknowledges, "but Judge [Neil] Gorsuch, who's one of Trump's short-listers for the Supreme Court, was pounding on the City of Denver, talking about how reprehensible the actions of the police officers were. So Denver saw the handwriting on the wall and decided — at Judge Gorsuch's suggestion, I might add — to engage in settlement negotiations. We decided to give them an incentive to settle, so we said, 'We'll settle for $1.6 million,' and that ended it." 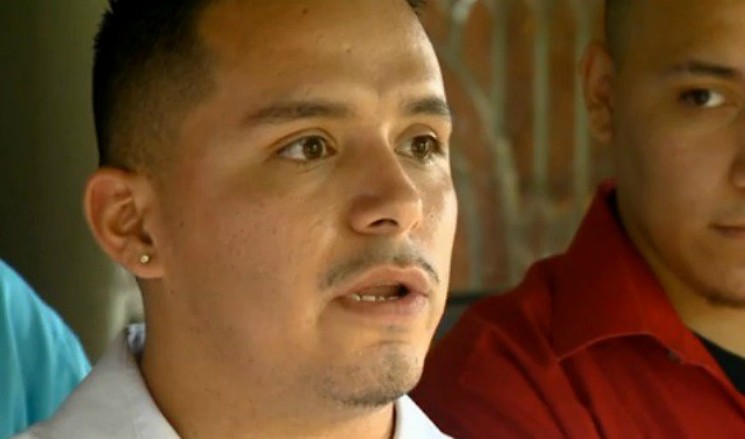 Daniel Martinez III.
9News file photo
Though smaller than the first award, the $1.6 million is still a mammoth boost over the amount Lane had initially been willing to accept. "Before we went to trial, I offered to settle for $70,000," he reveals. "But the city said, 'No, these Denver police officers have had their reputations besmirched, so we're going to trial.' And this is what happened."

As for whether he feels justice was done, Lane says, "That's a loaded concept. In our civil-justice system, all human pain gets translated into one thing and one thing only, and that's dollars. And not all wrongs can be reduced to dollars. So is this justice? Well, the Martinez family is getting some money — but I don't think that means it's justice."

What Lane would like the Denver Police Department to take away from the incident's resolution "is the same thing I hope they'll learn in every one of my civil-rights cases, which is apparently an unlearnable lesson: When you treat citizens brutally, you pay the price."