Fatal Crash Victim's Mom on Being Re-Traumatized by Denver Police 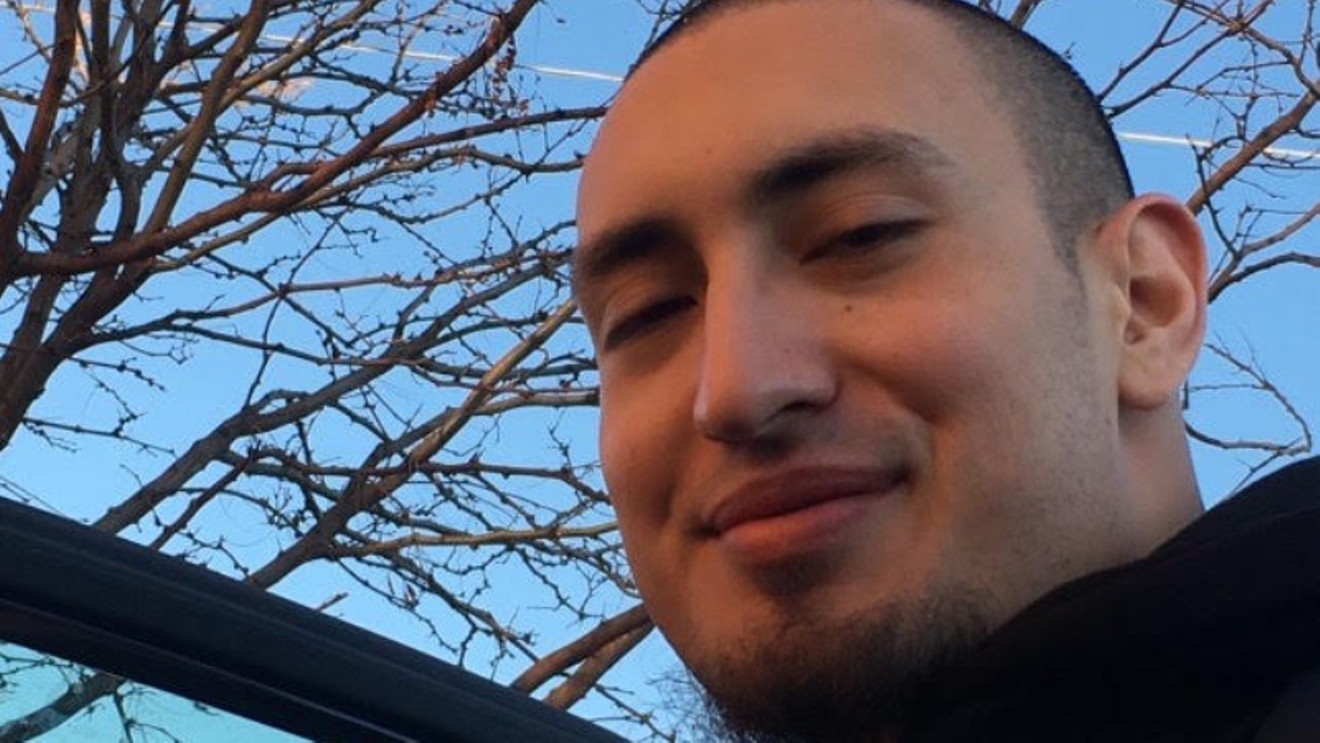 Maximilian Ryan died in a single-car accident on May 4. Family photo
By mid-August, 55 people had been killed in Denver traffic accidents during 2022 — including Maximilian Ryan, who died after his car plunged into the South Platte River on May 4. Ryan's death at age 25 was heartbreaking for his mother, Molly Ryan KillsEnemy, but she says the tragedy was compounded by her interactions with the Denver Police Department.

According to KillsEnemy, DPD representatives treated her brusquely and without compassion, withheld information about the incident for reasons she doesn't understand, and transformed the return of Ryan's car into a two-and-a-half-month ordeal.

"It re-traumatized me every time I had to deal with them," KillsEnemy says. "There are days where I just don't want to do anything because of the grief — but then I have to deal with people who are not willing to give me any kind of respect. I'm his mom: I'm not doing anything wrong. I'm just trying to make sure things are taken care of in an appropriate way."

She wonders if police representatives responded to her the way they did both because of the circumstances of the accident, which appeared to be alcohol-related, and the challenges that she and Ryan have faced in the past.

Maximilian Ryan during his teen years.
Family photo
"I understand my son had a history; he'd been gang-affiliated and had been in trouble before," she says. "And I have a history as well: I am a recovering meth addict and a recovering alcoholic of almost twenty years. But he was making really great progress in his life. He had been released from prison after five years on December 15, and he was doing a lot of things to re-establish himself in his community: He was working full-time, and he was able to buy a car on his own. He was such an amazing kid. But I feel like there have been people in the police department who looked at his history and passed judgment on him — decided that he wasn't worthy of any kind of respect."

While many traffic fatalities receive only cursory media attention, the one that cost Ryan his life generated considerable coverage from outlets such as Fox31 in part because of its unusual nature. The station reported that the Denver Police Department began receiving calls about a car in the water near West Florida Avenue and South Platte River Drive at around 9:30 a.m. on May 4. Investigators subsequently determined that the vehicle had actually entered the river at 12:20 a.m., after traveling southbound on Jason Street and driving past a stop sign. Cameras were on hand during the recovery operation, capturing the upside-down car with only its back wheels above the surface.

KillsEnemy says a DPD detective didn't reach out to her until two days later, "and he told me, 'This is pretty cut-and-dried. It looks like your son was speeding, he ran a stop sign, he ended up in the river, and now he's dead.' I was like, wow, that's disrespectful."

Subsequent calls to the detective initiated by KillsEnemy and her adult daughter, who phoned when her mother wasn't up to doing so, were just as unsatisfying. "We would ask him questions, and he'd respond with a different answer every time," KillsEnemy maintains. "None of them were ever consistent. Like we wanted to know if his body was viewable, and he said it was, because it hadn't been submerged for that long. But earlier, they'd said it had been submerged for nine hours, which seems like a long time to be in the water to me.

The scene following the discovery of Maximilian Ryan's car in the South Platte River.
Fox31
"No one seemed to know exactly how many liquor bottles were in Max's car," she continues. "At first, I was told one. Then I was told by the coroner's office that there were multiple. Then my daughter talked to the detective, and he told her there was one liquor bottle and one bottle of salsa. And when we got some of his items back, there were three shooters and one small liquor bottle."

Then there was the matter of the car itself, which Ryan had financed and the insurance company wanted back in order to salvage it.

"The detective told my daughter on May 17 that they would release the car to them, but he never did," she says. "Then he went on vacation on May 28 or 29 and was gone for almost the whole month of June. I waited to call the traffic-control investigation unit because every time my daughter did, they were really rude to her — and they had put some of my son's belongings on investigative hold even though the case was supposedly open-and-shut."

When the detective returned from vacation, KillsEnemy recalls, "he said he had released the car on May 17, but he hadn't, and when I called impound, they said it wasn't releasable because the detective had it on hold."

The contradictory claims about the car dragged on for weeks, and KillsEnemy ultimately grew so aggravated that she called the DPD's internal-affairs department to file a complaint. But this only made the situation worse.

Another portrait of Maximilian Ryan.
Family photo
"A lieutenant called me back and tried to place the blame on me," she recalls. "He said I hadn't given the impound his pending death certificate, and that was the problem. But when I called impound the next day, they said they didn't need any documents from me — they were just waiting for the tow truck to pick it up." The car was finally released in late July.

By then, a traditional Lakota ceremony had been conducted in Ryan's honor, but that, too, had been delayed, since KillsEnemy wasn't allowed to see her son's body for two weeks after it was pulled from the river. Moreover, she still hasn't received the official cause of death, which she sees as "unbelievable."

Westword shared an account of KillsEnemy's experiences with the Denver Police Department. In response, the department offered this statement: "A DPD traffic-investigations detective and a sergeant have been in contact with the mom throughout this tragedy. We understand her frustrations and we empathize with her on the loss of her son. We are evaluating the information that was provided to her to see how we can do better in the future."

It could hardly be worse, KillsEnemy suggests: "It has been extremely hard for me to continue on when we don’t have answers. I am a processor. I process everything, and not knowing how his life ended is more than I can bear a lot of days. When we came home to get his little brother and sister, his sister was so devastated, as she was the one who was really getting to know him again. She said, 'But we just got him back.' And life was getting so good for my family after suffering years and years of trauma. I was trying to help him re-establish himself back into society, and he was doing such an amazing job at taking on new responsibilities. I was just so proud of him and made sure he knew every day how proud I was and that he was so loved."

She adds: "Losing him has left this ache in my heart that I don’t think I will ever get over. And having to deal with a police department that seems to not have their shit together has made this process that much harder and more traumatizing than it should have been. They need to take accountability instead of trying to place blame on me."
KEEP WESTWORD FREE... Since we started Westword, it has been defined as the free, independent voice of Denver, and we'd like to keep it that way. With local media under siege, it's more important than ever for us to rally support behind funding our local journalism. You can help by participating in our "I Support" program, allowing us to keep offering readers access to our incisive coverage of local news, food and culture with no paywalls.
Make a one-time donation today for as little as $1.