How a Marijuana Researcher Talks to Her Kids About Pot 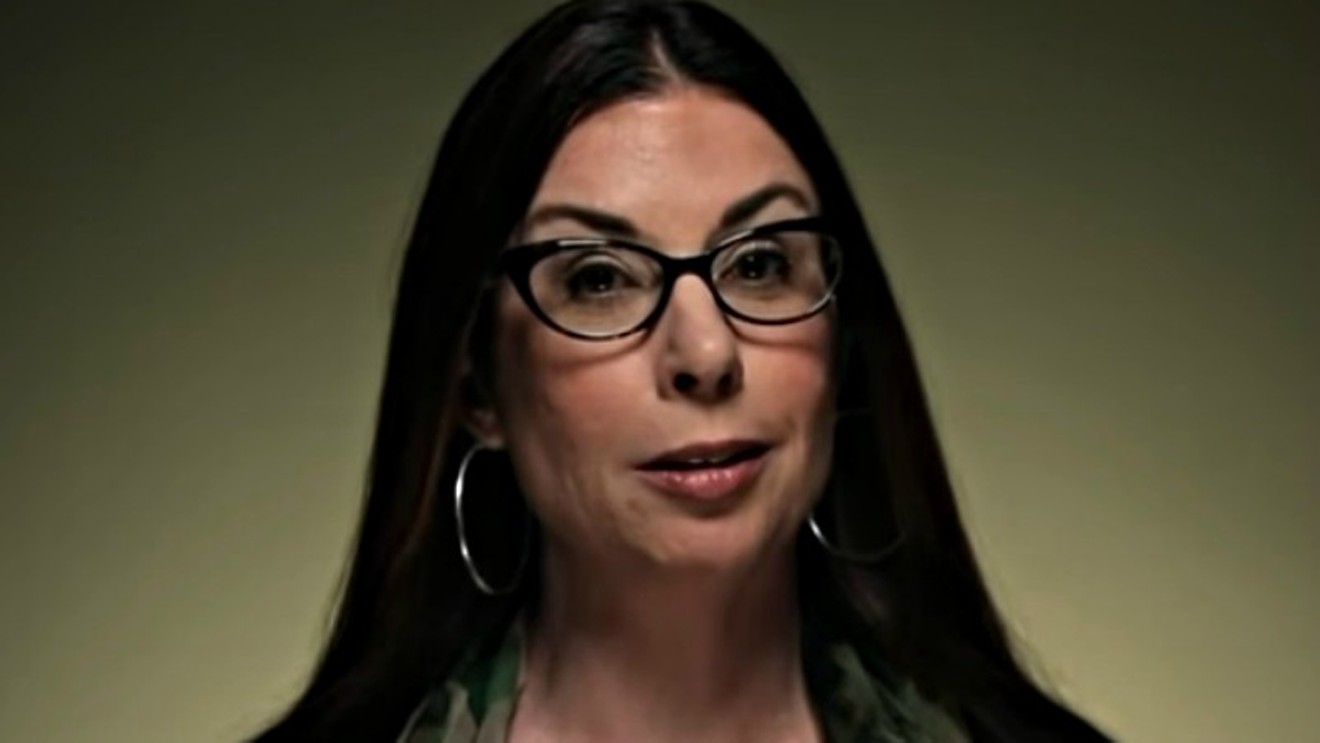 Elizabeth D'Amico talking about marijuana on PBS last year. PBS via YouTube
Elizabeth D'Amico, a licensed clinical psychologist and senior behavioral scientist with the RAND Corporation, is the lead author of a new study about the impact of marijuana advertising on teens. But she's also a mother of two teenagers, and she's built a national reputation when it comes to advice about how parents should talk to their kids about pot.

Her first tip: Tell the whole truth, and not only part of it.

"People need to know the facts," D'Amico emphasizes. "If you say something is bad, that's not giving them the full facts."

D'Amico has shared her thoughts about marijuana and juveniles in some high-profile places, including the Los Angeles Times, which published her op-ed on the subject in 2016, shortly before California okayed recreational cannabis sales, and PBS, where she starred in a 2017 segment. She doesn't take a position about legalization for adults, but her messages are meant to discourage underage use based on scientific findings about the effects of cannabis on the developing brain.

A marijuana business billboard in the Los Angeles area, where Elizabeth D'Amico lives.
Courtesy of the RAND Corporation
"I think parents and teachers and care providers really need to be up on marijuana," she allows. "Yes, there are medical benefits, but they're benefits for adults. No medical benefits have been shown for adolescents. In fact, research shows that teens who initiate use early tend to have more problems in a variety of areas than teens who don't use. So I try to give people talking points, because teens have questions about it."

For example, she continues, "teens tend to perceive marijuana use as safer than alcohol use. Our research has shown this, and it's because marijuana is touted as a medical prescription, which is very different from how alcohol is touted. So you have to explain the medical benefits — tell them, 'Yes, we know it can help people with chemotherapy-induced nausea. But that doesn't mean it's safe for teens to use.'"

In her view, "it's really important to talk about both sides so they understand what the medicinal piece means, and that recreational use is different than that. Plus, recreational is only legal for those over 21, just like alcohol, and recreational can be appropriate or not. It's problematic when people drink and then get into a car and drive, and it's the same if they use marijuana and then get into a car and drive. But other people might use marijuana in their home, and that's okay, because it's legal for adults."

She points out that "alcohol isn't bad. It's just how it's used. Some people can drink occasionally and they're fine, and that's the same with marijuana. It's legal, so people who are of age can use it in appropriate ways. But it's not something teens should be doing, and just because something's legal doesn't mean it's safe for adolescents." 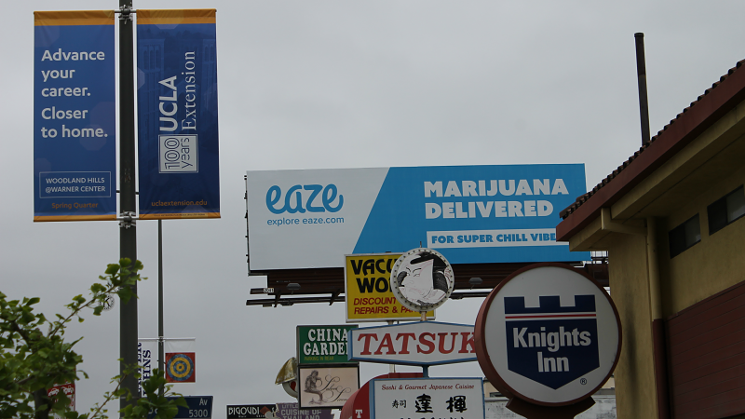 Marijuana billboards are part of the advertising landscape in L.A.
Courtesy of the RAND Corporation
Discussing these distinctions "helps teens understand how to make a healthy choice by really talking to them about all sides so they can ask questions — and when they do, be honest about it. Because if you just tell somebody, 'Don't do it,' we know that doesn't work."

Much of D'Amico's most recent study deals with the influence on teens of medical marijuana billboards, which are prevalent in Southern California, where she and her kids live. And while she's  working with officials and legislators in the area to potentially restrict signage size and where they can be located, she also thinks parents can use the ones visible today to open conversational doors.

"There were several really big, prominent billboards literally as you pulled out of my kids' school," she notes. "The biggest one said, 'Cannabis Curious,' and it had all these colored pictures. But it generated conversations with my kids and became a teaching opportunity. I always tell my friends who ask me, 'Use these moments as a teaching moment for your kids,' because advertising doesn't tell you the whole story. You have to encourage them to ask, 'What are they trying to sell you? Why do they want to sell you that? And what does it mean to use marijuana?' Well, it affects adolescents' brains, so it's not a good idea to use it if you're underage — and it's illegal, too."

Such chats shouldn't be a one-time deal. "I always tell people, 'This isn't a single conversation for two hours,'" D'Amico says. "It's a lot of little conversations that can happen on a daily basis. And when you do it that way, your kids will feel they can come to you with questions and talk to you."
KEEP WESTWORD FREE... Since we started Westword, it has been defined as the free, independent voice of Denver, and we'd like to keep it that way. With local media under siege, it's more important than ever for us to rally support behind funding our local journalism. You can help by participating in our "I Support" program, allowing us to keep offering readers access to our incisive coverage of local news, food and culture with no paywalls.
Make a one-time donation today for as little as $1.