How a Shuttered Strip Club Can Help Denver's Most Embattled Neighborhood 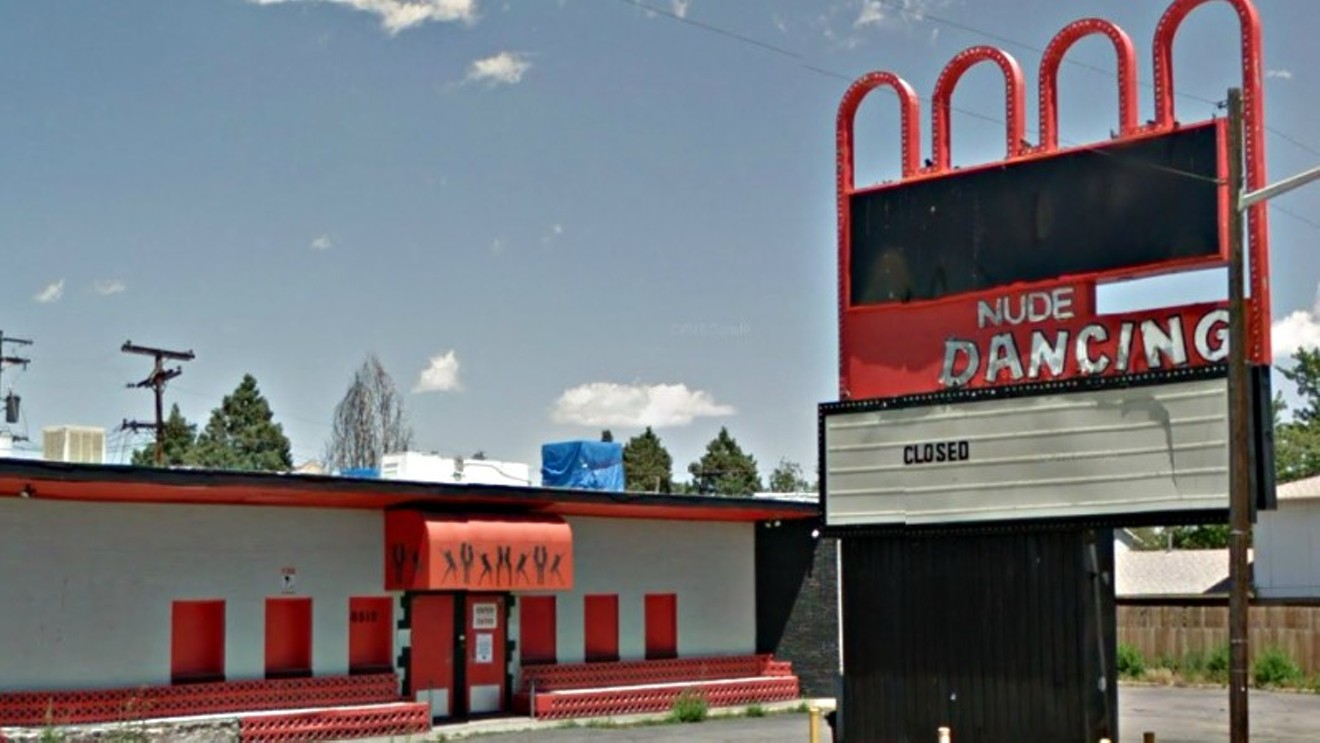 The remains of PT II's, at 8315 East Colfax. Google Maps
In August 2017, Denver City Council announced plans to buy PT's All Nude II, a defunct strip club at 8315 East Colfax Avenue where a notorious murder had taken place during a #SelfieSaturday promotion two years earlier. The $1.3 million purchase and recent rezoning to allow buildings up to five stories in the area have been made in an effort to spur an economic revival in the East Colfax neighborhood, which councilmember Mary Beth Susman describes as arguably metro Denver's most distressed.

"East Colfax has the lowest income level, the lowest education level and the highest unemployment level of any neighborhood in the city," Susman says. "It's only four blocks from Lowry and five blocks from Stapleton, but it's kind of a forgotten place. So we're trying to put some attention there."

These efforts are part of what's officially known as Denver's East Area Plan, and slides created for a recent steering committee meeting graphically depict the challenges facing East Colfax as compared to other nearby neighborhoods.

Take the poverty rate. In the slide below, East Colfax is on the right, and its shape resembles the State of Utah. The rate for the section of the neighborhood north of Colfax is 27.2 percent, while the portion to the south registers at an even more startling 42.1 percent. Compare that to poverty rates of 3.8 percent and 7.5 percent in the two sections of South Park Hill, 5.5 percent and 14.5 in separate portions of Hale and 8.4 percent in Montclair.

denvergov.org
Why are so many East Colfax residents having a tougher time financially than folks nearby? The history of the area tells part of the tale.

"Colfax was our main street — the best way to get from east to west or west to east," Susman points out. "But then I-70 was built, and Colfax lost its cachet, and the motels started going out of business."

Now, she goes on, "we have another demographic situation in East Colfax, in that it is home for many refugees, primarily from Africa and Asia: Bhutanese and Nepalese and Somalians. There are a couple or three large apartment houses run by Mercy Housing and Hope Communities that have very large, very lovely refugee communities. They're wonderful, but they're struggling to make their way in the U.S."

As evidence, note that the number of cost-burdened households in the southern part of East Colfax, 46 percent, is more than triple that of the eastern slab of South Park Hill, 15 percent. And the percentages throughout East Colfax exceed those of any segment of the three other neighborhoods.