Jamie Giellis on RiNo, Growth and Her Campaign for Denver Mayor 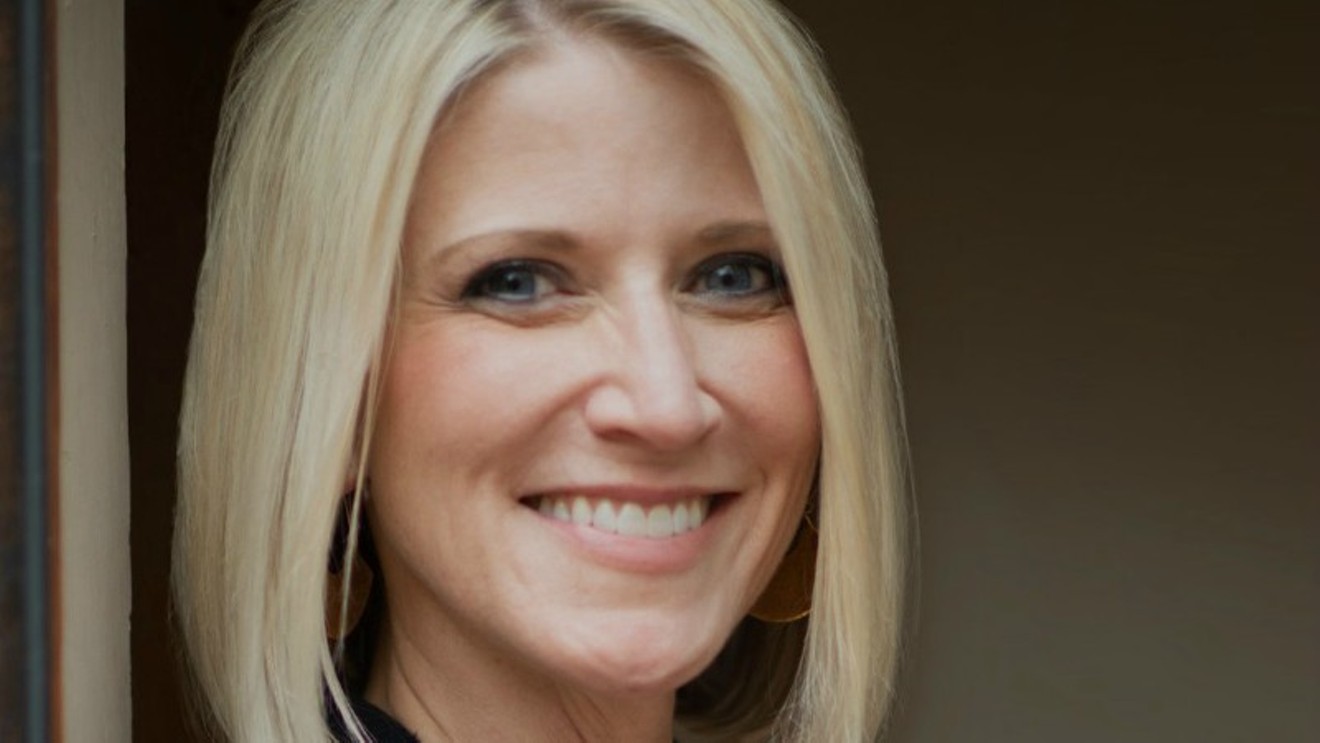 A portrait of Denver mayoral candidate Jamie Giellis. jamiefordenver.com
At an event tonight, November 27, Jamie Giellis, the president of the River North Art District, will officially launch her campaign for mayor of Denver. She says she decided to jump into the race because she feels the best way to solve the problems facing the Mile High City is from ground level rather than 30,000 feet.

"I think the driving factor in deciding to run was really looking at this from the perspective of the work I've been doing throughout Denver and increasingly seeing over the last few years that neighborhoods are struggling to address challenges," Giellis says.

In her view, "the city as a whole is struggling to address the challenges of growth. Meanwhile, we seem to have city leadership that neither has the strategy nor the ability to address the issues we have right now and to have a conversation with the community about where we're going and what the business of the future is. It's just getting harder and harder to do community-based work, because the city just seems to have a harder and harder time getting to 'yes' — getting to solutions on a number of key issues."

Giellis, who was previously known as Jamie Licko (she got married in June), has had a widely varied professional life. But she notes that "my whole career has really been in community-based work. For more than fifteen years, I've really been focused on working particularly in urban neighborhoods and urban mixed-use districts. I've been looking at some of the challenges that come along with growth and revitalization, or I've worked with places that are struggling and see revitalization and really want it — looking at the fundamental issues driving it in a thoughtful way that addresses the needs of the local community." 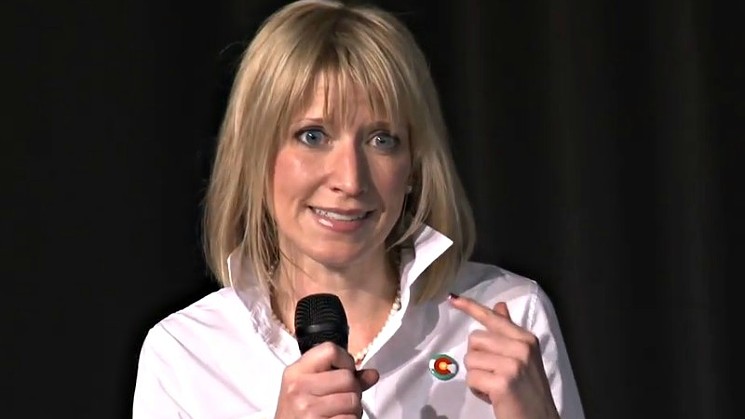 Jamie Giellis speaking during the 2013 Denver Art District Summit.
Open Media Foundation via YouTube
An Iowa native, Giellis points out, "My career actually started when I was in journalism. I was a reporter for a CBS station covering politics and local government issues there and really got to learn and see processes, delve into issues and tell stories around that. And in my personal experience, I watched what I saw in some cases as a pretty flawed system when it comes to the ways government was interacting with people."

For this reason, she continues, "I decided to get out of journalism and get involved in the community side of things. My first step was more of a PR and communications role, working on some urban development issues — and that happened to lead me to an opportunity to dive in and run a downtown organization in Cedar Rapids with a business improvement district. I was 26 years old when I started leading that organization, and I found myself working very closely with the local government to try to address some pretty profound challenges there. It was trial by fire. I wasn't trained in what I was doing, but I was leading with my heart and my passion and trying to get everybody rowing in the same direction — and we ended up having some great success in that work." For instance, she played what she characterizes as a significant part in restructuring city government.

In 2006, Giellis moved to Denver, where she took a position at "a small consulting firm, where I worked on similar issues — and that ended up taking me all over the country for several years. I worked from Philadelphia to San Diego and a lot of interesting places in between, learning about what was happening with the reemergence of cities at the time. And I began to get concerned that the way we were revitalizing our cities was being done in a kind of top-down approach that was resulting in them beginning to lose their grit, their culture and their soul as a part of it. So in 2010, I started my own consulting company, Centro."

Her goal with Centro "was to try to work with communities in a different way. I was particularly interested in urban neighborhoods and the small commercial districts that surrounded our city centers. I wanted to work with places in a more nuanced way as to how they evolved. But there wasn't a lot happening in Denver then; we were just coming out of the recession, and things were moving somewhat slowly here. So I ended up doing some international work. I worked with the government in Singapore to teach officials how American cities were using different tools, like partnerships in the private sector, to really help older neighborhoods. I wrote business-improvement-district legislation for the Singapore government that was subsequently implemented across the city, and that led to me doing some work in the U.K. Big-box retail and online retailing were decimating the little town centers that had been the heart of cities and communities there, so I was asked to serve on a Parliamentary committee for the Labor Party to advise them on policies to help address that issue."