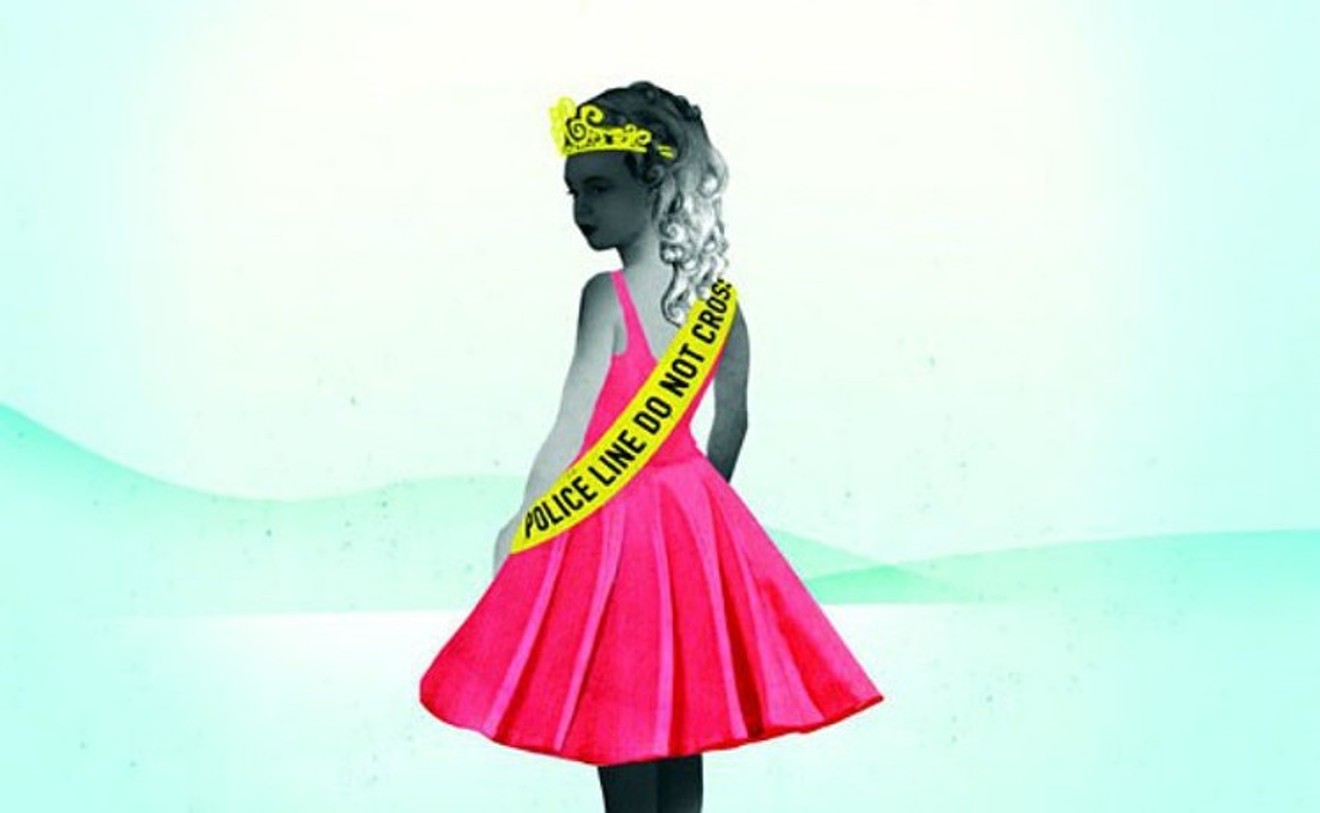 Illustration by Brian Stauffer
John Ramsey, father of JonBenét Ramsey, who was murdered in her Boulder home on Christmas Day 1996, has filed a $350 million lawsuit against CBS and assorted individuals associated with The Case of: JonBenét Ramsey, a 2016 docuseries in which a panel of experts concluded that Burke Ramsey, JonBenét's brother, killed his sister with a blow to the head. In an interview on view below, Atlanta-based attorney Lin Wood, who also represents Burke in a similar complaint filed late last year, maintains that the suit isn't specifically intended to prevent news organizations from making such claims in the future, but he's fine if it has that effect.

"It is certainly my hope for the family that news and entertainment organizations will recognize that Burke and John will not allow publication of these false and defamatory accusations to occur without aggressively pursuing legal remedies," notes Wood, corresponding via email.

The John Ramsey suit was actually filed last month but was only brought to light this week via reporting by the Boulder Daily Camera. In its piece, the Camera stated that the complaint was "not immediately available." However, we've obtained a copy, as well as a document of exhibits in the case. They're accessible below.

CBS is not the only defendant in the matter. Also named are Critical Content, the company that produced the docuseries, as well as Jim Clemente, Laura Richards, Stanley Burke, Werner Spitz (the target of a separate Burke lawsuit), James Fitzgerald, Henry Lee and James Kolar, who served as so-called "investigators" on the program. Kolar also wrote Foreign Faction, a book about the JonBenét slaying that the suit portrays as the blueprint for the show. 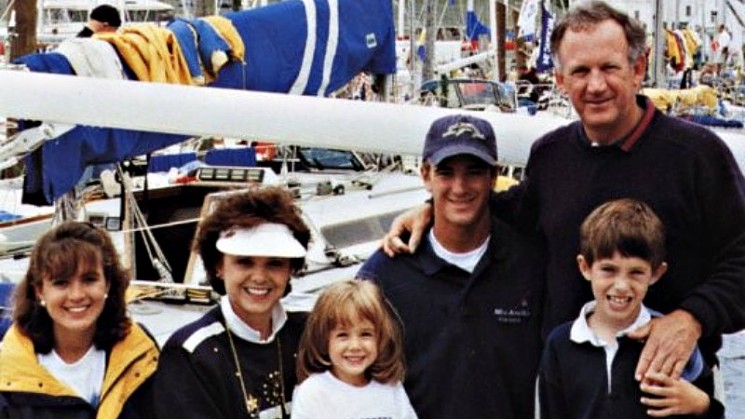 A Ramsey family photo featuring John, his late wife, Patsy (in visor), JonBenét and Burke.
File photo
"CBS perpetrated a fraud upon the public," a passage from the complaint reads. "Instead of being a documentary based on a new and legitimate investigation by a team of qualified and unbiased experts, The Case of: JonBenét Ramsey was a fictional crime show based primarily on a preconceived storyline scripted in the self-published and commercially unsuccessful book Foreign Faction, written by Defendant James Kolar and self-published in 2012."

Another section maintains that "Defendants’ accusation that John covered-up that Burke killed JonBenét was not based on a complete investigation revealing truthful facts, new witnesses, new evidence or new theories. Instead, Defendants consciously built their Documentary on an illegitimate and unfounded investigation, false and omitted facts, old witnesses, old evidence and old theories."

In an October 2016 interview with Westword, Wood teased a future John Ramsey suit. "CBS is likely going to be on the other end of a lawsuit in the near future filed by John Ramsey," he told us. "Because the docuseries clearly accuses John Ramsey of a coverup of this false accusation related to Burke killing his sister. At least for the present time, the focus will be on the case filed by Burke. But at some point in the foreseeable future, John Ramsey will also file a lawsuit against CBS."

Why did nearly a year pass before such a filing? That's among the topics Wood addresses in the following Q&A. 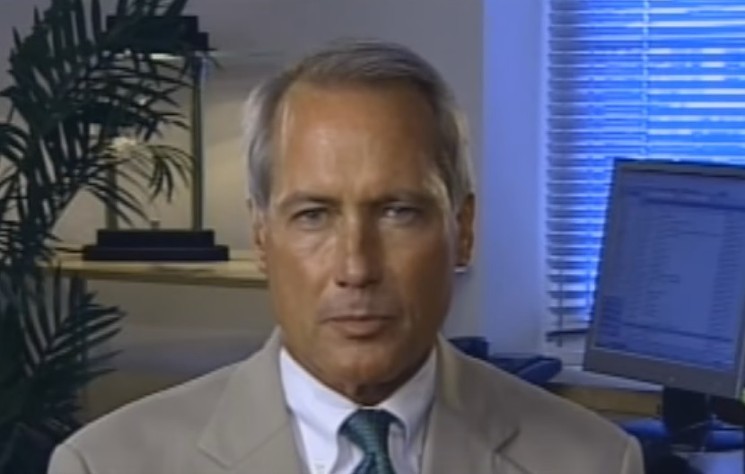 Ramsey family attorney Lin Wood.
YouTube file photo
Westword: Why did John Ramsey file suit even though a previous complaint had already been made by Burke Ramsey?

What are the central claims in the John Ramsey lawsuit?

The CBS documentary directly accuses John of a criminal coverup of the crime CBS asserts was committed by Burke. Elements of the claimed coverup include John lying to law enforcement, staging the crime scene and contributing to the death of JonBenét by being involved in her strangulation with a garrote.

Why was this move taken so many months after the original filing of the Burke Ramsey lawsuit?

There is no significance to be attached to the timing of the filing beyond the desire on John’s part that his son’s lawsuit be filed first. John’s complaint was filed well within the one-year limitation period applicable to defamation cases in Michigan.

Do the claims in the John Ramsey suit differ from those put forward in the Burke Ramsey lawsuit, and if so, how?

The claims made by John are consistent with, arise from and are clearly related to the accusations made by the CBS documentary against Burke — that Burke killed his sister, John knew that Burke had done so and John voluntarily engaged in a coverup of his son’s crime with Burke’s knowledge.

What are the damages incurred by John Ramsey that are claimed in his lawsuit?

The accusations against John constitute libel per se and therefore, the law presumes damages to his reputation. The monetary amount to be awarded for the damage to John’s reputation will be determined by the enlightened conscience of fair and impartial jurors. John’s complaint also seeks an award of punitive damages to punish CBS for its egregious wrongdoing and deter it from repeating such misconduct in the future against other individuals. Any determination of a punitive award will require a review by the juror of CBS’s revenues and net profits in recent years. 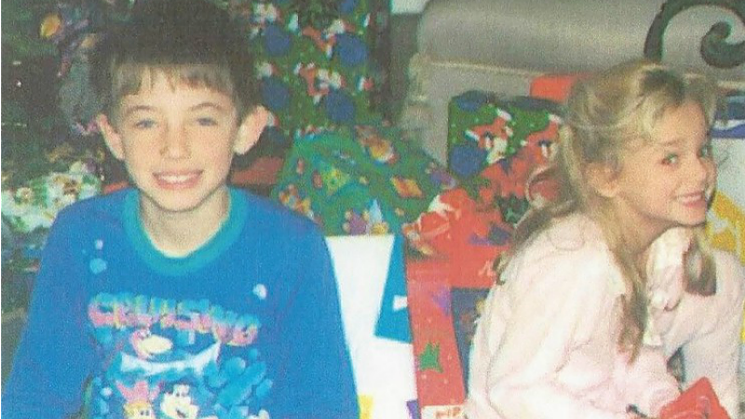 A Christmas photo of Burke and JonBenét Ramsey.
WeHaveYourDaughter.net
What is the current status of the Burke Ramsey lawsuit?

We are waiting for rulings from the trial court in both the Spitz lawsuit and the CBS lawsuit on defendants’ motions to dismiss. The motions have been fully briefed, and oral argument has taken place. I believe those motions will be denied based on clear legal precedent applicable to the facts of the cases, and when the motions are denied, full factual discovery in the case will commence as part of preparing the cases for trial.

Are these lawsuits intended as something of a warning shot against other news and entertainment organizations that may be thinking about producing similar programming in the future?

No — these lawsuits are primarily intended to recover monetary damages for the defamation committed by defendants. However, it is certainly my hope for the family that news and entertainment organizations will recognize that Burke and John will not allow publication of these false and defamatory accusations to occur without aggressively pursuing legal remedies. If a media organization carefully examines the facts, I do not think any sensible or credible news or entertainment organization will repeat these false and defamatory accusations against Burke and John in the future. Efforts by the media to profit from publishing false and sensational accusations against the Ramsey family should have ended many years ago.

Click to access the lawsuit, John Ramsey v. CBS, et. al., as well as the aforementioned document of exhibits in the case.