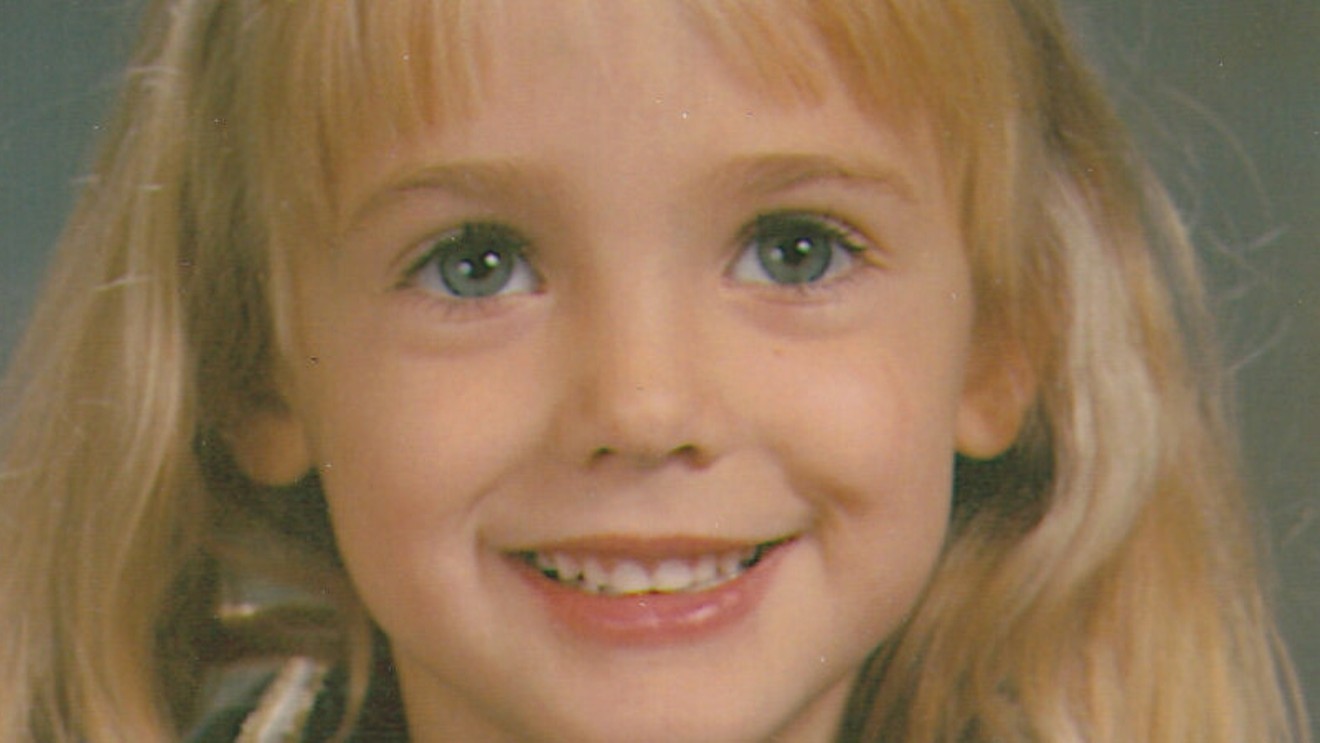 A school photo of the late JonBenét Ramsey. Family photo via paulawoodward.net
Six-year-old JonBenét Ramsey was found murdered in her Boulder home on December 26, 1996, and as that date has approached every year since then, there's increased interest in the crime, for which no one has ever been prosecuted. This year's flare started early, after John Ramsey, the child's father, joined the call to take the decision about testing remaining DNA left at the scene away from the Boulder Police Department — the subject of a Change.org petition signed by more than 28,000 people thus far.

On November 9, the BPD and the Boulder County District Attorney's Office issued a joint release outlining why there are currently no plans for new DNA tests, but stressing that the agencies might be open to the idea at an unspecified point in the future. Discussions on the topic "will continue," they said.

The DNA question was raised last November by Unsolved: The JonBenét Ramsey Murder 25 Years Later, a book penned by Paula Woodward, a former investigative reporter for 9News who's been covering the tragedy for more than a quarter-century. In an interview with Westword, she argued that new DNA technology had the potential to identify JonBenét's killer — if only Boulder detectives would use it.

"This child was tortured and murdered, and her death has never been accounted for because it was investigated by people who were not competent to do so. And now the decision on whether or not the remaining DNA is tested with new technology that can trace family history is being made by the two investigators who were on the case 25 years ago," she said, referencing Ron Gosage and Tom Trujillo.

DNA from the crime has been tested at least three times over the years: twice in 1997, by the Colorado Bureau of Investigation and Maryland-based Cellmark Diagnostics, and once in 2008, when "touch DNA" technology was utilized. The latter turned up evidence of an unidentified male, prompting then-Boulder District Attorney Mary Lacy to write the Ramseys a letter exonerating them.

During the intervening years, however, an approach known as genetic genealogy has been developed and deployed with great success. In 2018, for instance, it was used to ID the so-called Golden State Killer — and Woodward got a chance to share her views on how it might affect the JonBenét case in April at CrimeCon 2022, a convention in Las Vegas where she appeared alongside John Ramsey, who suggested that an independent body determine if the DNA should be analyzed.

In a May conversation with Westword, Ramsey went into detail about why he has become increasingly convinced that the Boulder PD is incapable of solving the crime without outside assistance. "They don't have the resources, they don't have the skill set, and they've got a bias that was built in from the beginning," he maintained, citing the DPD's apparent belief that a family member committed the crime. "And for some unfathomable reason, that has never changed." 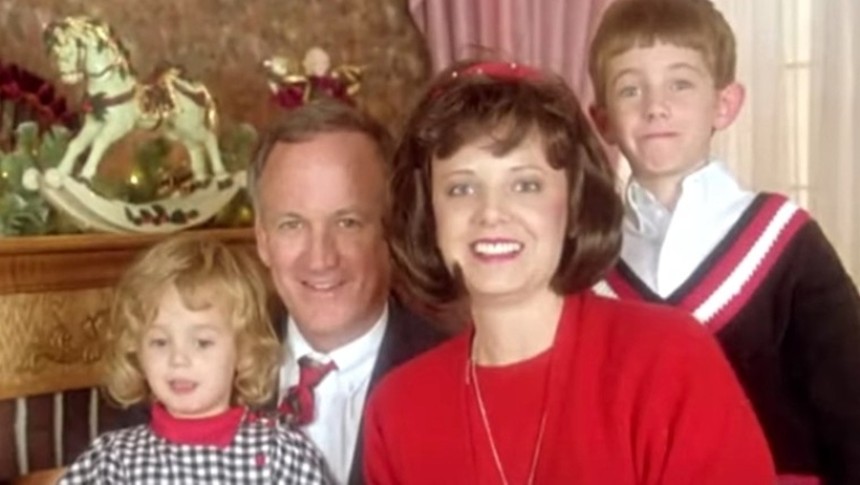 (From left) JonBenét, John, Patsy and Burke Ramsey in an early 1990s family photo.
Family photo/Access Hollywood via YouTube
Ramsey said he supports the idea of private firms doing the testing because "the government doesn't have the latest technology. We talked to the FBI a couple of months ago, and they said they didn't have the latest and greatest because it's such a fast-moving field, and they have to get a budget and go out for requisitions — and that takes time. You need to go to one of these cutting-edge independent labs. so that's our push. There are four or five items that have never been tested for DNA that I know of, and they should have been, including the garotte that strangled my daughter. The killer had to touch these items, and even if he wore gloves, it's hard not to leave DNA. "

But the Boulder release refutes the notion that the BPD and district attorney have insisted on going it alone. After emphasizing that detectives "investigated leads stemming from more than 21,000 tips, letters and emails" since the murder, traveling "to nineteen states to interview or speak with more than 1,000 individuals," the probe "continues to receive assistance from federal, state and local partners" — among them the FBI, the Colorado Department of Public Safety, the Colorado Bureau of Investigation and "several private DNA laboratories across the country."

Nonetheless, the Boulder police and DA said that they don't want to move forward with more testing because "the amount of DNA evidence available for analysis is extremely small and complex. The sample could, in whole or in part, be consumed by DNA testing."

This scenario might change, they acknowledge, and "whenever there is a proven technology that can reliably test forensic samples consistent with the samples available in this case, additional analysis will be conducted."

The release quotes Boulder Police Chief Maris Herold: "This crime has left a hole in the hearts of many, and we will never stop investigating until we find JonBenét's killer. That includes following up on every lead and working with our policing partners and DNA experts around the country to solve this tragic case. This investigation has always been and will continue to be a priority for the Boulder Police Department."

Her thoughts are echoed in a comment from District Attorney Michael Dougherty: "The murder of JonBenét Ramsey is a terrible tragedy and sparked years of unanswered questions and theories. Our office has successfully prosecuted other cold case homicides and many murder cases. In every one of those cases, it was the evidence that proved the defendant(s) guilty. Whether it is DNA or other evidence, more is needed to solve this murder."

The release concludes with this: "We are not conducting any media interviews at this time."
KEEP WESTWORD FREE... Since we started Westword, it has been defined as the free, independent voice of Denver, and we'd like to keep it that way. With local media under siege, it's more important than ever for us to rally support behind funding our local journalism. You can help by participating in our "I Support" program, allowing us to keep offering readers access to our incisive coverage of local news, food and culture with no paywalls.
Make a one-time donation today for as little as $1.