Lisa Calderón Appealing Dismissal of Her Lawsuit Against Hancock 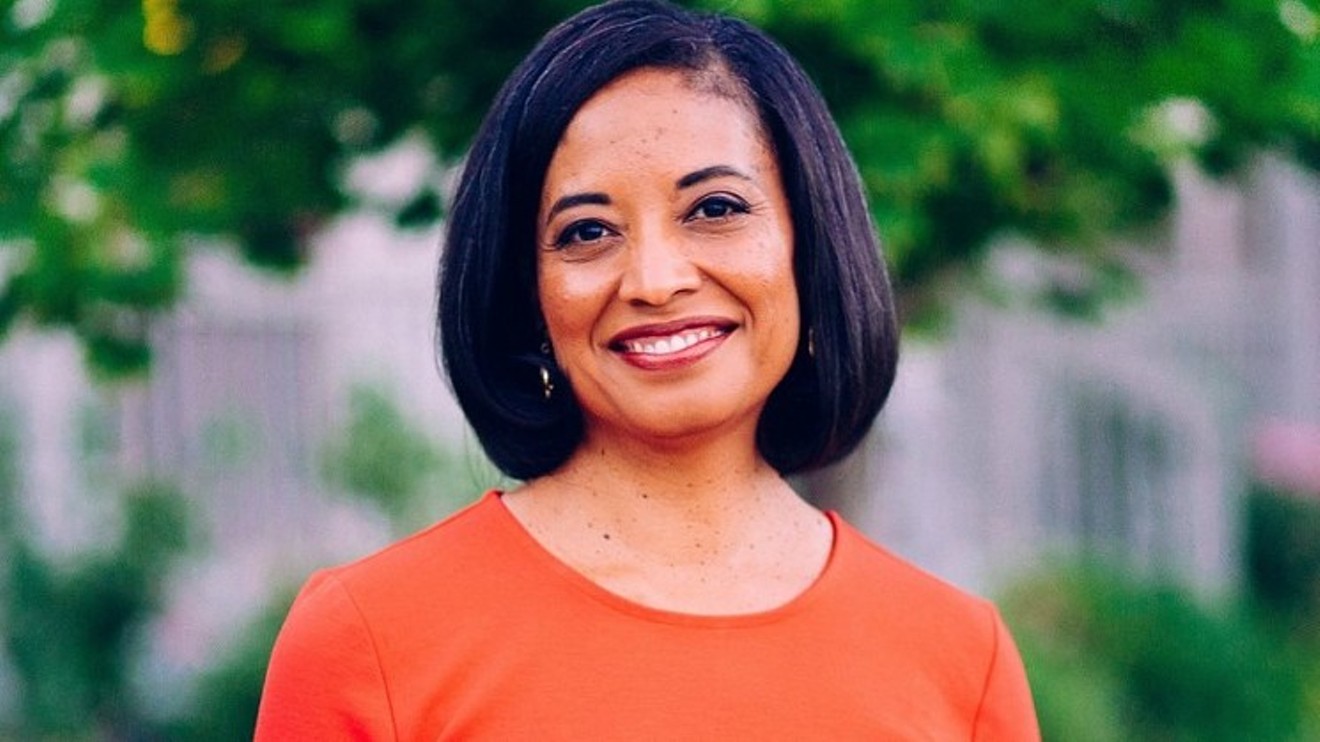 Lisa Calderón is appealing the dismissal of her lawsuit against the Hancock administration. lisa4denvermayor.org
The legal dispute between Mayor Michael Hancock and a major political foe will continue despite a judge's dismissal of the case.

Lisa Calderón, who ran in the Denver mayoral race this year, is appealing the dismissal of her federal lawsuit against the Hancock administration. The case will now move to the Tenth Circuit U.S. Court of Appeals.

In April 2018, Calderón, the current chief of staff for Councilwoman Candi CdeBaca, filed a lawsuit against Hancock and other city officials, alleging that she lost a city contract because of her criticism of the Hancock administration and gender discrimination.

The complaint focused on the city's Transition From Jail to Community program, which works to help inmates assimilate back into society after being released. Calderón ran the program from 2007 until the end of 2017, when her contract wasn't renewed following a competitive bidding process organized by the city. In the complaint, Calderón alleged that her organization, the Community Re-Entry Program, lost a $550,000 contract because she criticized Hancock and his administration. The contract was instead awarded to Servicios de la Raza and the Colorado Coalition for the Homeless.

The Denver City Attorney's Office denied the allegations and sought a dismissal of the case. In the meantime, Calderón declared her candidacy for mayor. She got the third-highest number votes in the election, which ended in a runoff between Hancock and Jamie Giellis.

In September, District Court Judge Philip A. Brimmer dismissed Calderón's lawsuit, saying she wasn't employed directly by the city but worked for an organization that contracted with the city. The alleged injury, the judge opined, was suffered by the organization and not Calderón directly.

Calderón and her lawyer, Trish Bangert, filed their notice to appeal on October 16.

"The District Court's ruling is narrow but important, that is, whether Dr. Calderón could even bring a case based on the personal harm she suffered because of the non-renewal of the CRP contract," Bangert wrote in an email to Westword. "We alleged that the personal harm included a violation of her constitutional rights (the City retaliated against her for speaking out on matters of public concern). So, the very important question becomes – is there a legal remedy for the City's violation of Dr. Calderón's First Amendment rights? Or is the City shielded by inserting a fiscal agent between it and Dr. Calderón?

"While there will be other grounds on which to challenge the District Court ruling, the First Amendment issue is the most important," she continued. "Especially at this time, it is essential that whistleblowers be protected and that the Courts provide relief when those brave people are attacked."

Ryan Luby, a spokesperson for the city attorney's office, wrote in an email to Westword that the city is confident the dismissal will stand.

"The City firmly believes that the District Court’s dismissal of Ms. Calderón’s complaint was well-supported, and it will continue to defend itself in this case. At this time, we cannot comment further, as Ms. Calderón has not yet formulated the basis of her appeal," Luby wrote.

Calderón also alleges that the city is retaliating against her for the lawsuit by passing along information she requested about the Transition From Jail to Community program directly to CdeBaca instead of to Calderón. In a September 3 email to CdeBaca, Jeffrey A. Holliday, a program manager for the city's Office of Behavioral Health Strategies, said that he was forwarding a response to Calderón's request for information about the program directly to CdeBaca because he had been advised by the city attorney's office to do so based on the pending litigation.

"The CAO did not retaliate in any advice it gave. We have received the letter, will review it, and will respond to Ms. Bangert directly," the City Attorney's Office wrote to Westword in a September 17 email. That same day, Judge Brimmer agreed to dismiss the case.

Calderón and Bangert say they're contemplating bringing a separate lawsuit about the alleged retaliation.
KEEP WESTWORD FREE... Since we started Westword, it has been defined as the free, independent voice of Denver, and we'd like to keep it that way. With local media under siege, it's more important than ever for us to rally support behind funding our local journalism. You can help by participating in our "I Support" program, allowing us to keep offering readers access to our incisive coverage of local news, food and culture with no paywalls.
Make a one-time donation today for as little as $1.