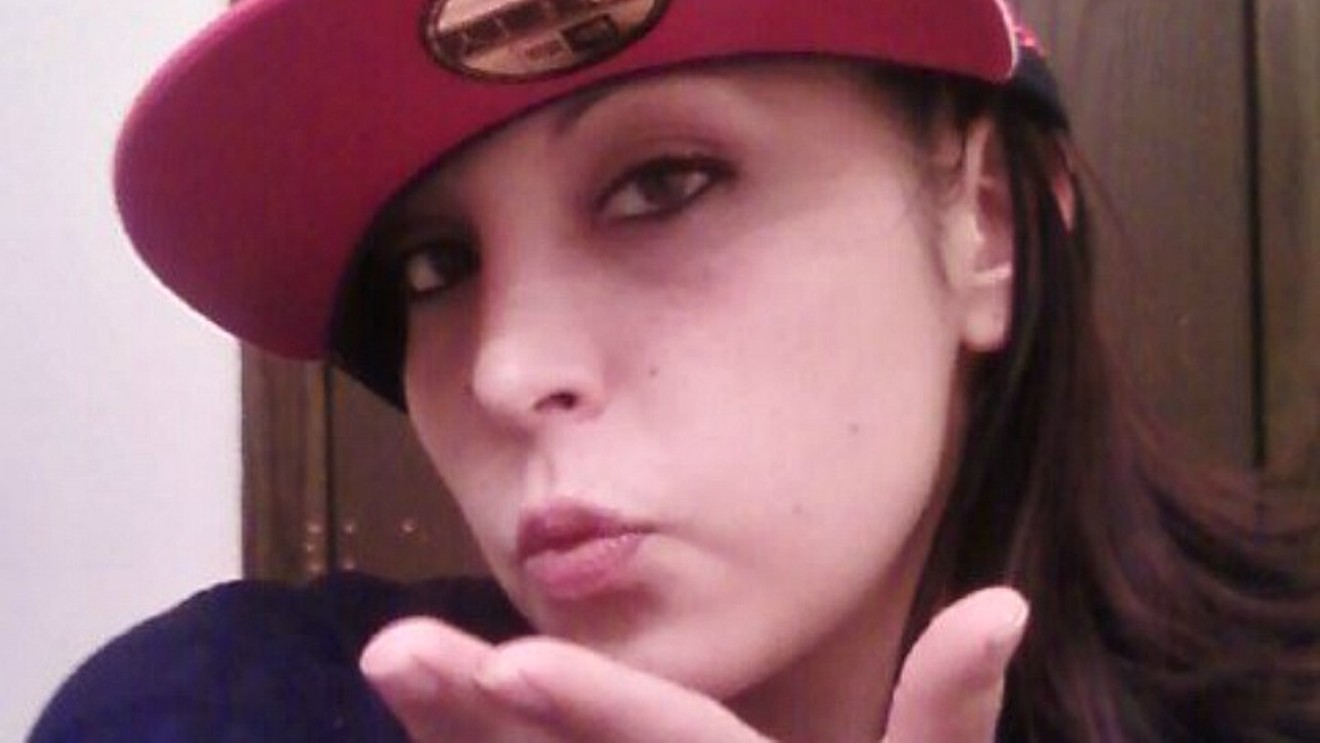 Monica Abeyta Facebook
Monica Abeyta, thirty, was arrested on Saturday, June 3, in Colorado Springs after her three-year-old son shot his two-year-old brother. At last report, the injured child was in stable condition following the latest incident of children from Colorado being hurt or killed after finding an unsecured gun. Here are five additional examples as seen in excerpts from our previous coverage, as well as additional details about the Abeyta matter.

At this writing, Denver's Tiffany Hearty is keeping most of the information she's posted on her Facebook page private.

But she made an exception when it came to expressing her appreciation for the condolences she's received in the wake of a horrific tragedy — the accidental shooting death of her son, Ethan, during a visit to his grandparents' home in Utah.

"We are so grateful and humbled by the outpouring of love and support from so many wonderful friends and family and we love you," she writes in a statement that's also credited to her husband, Matt.

...Police in Sandy, Utah, received a call just past 7 p.m. on Tuesday evening on a report that Ethan had found a 9 mm handgun in the master bedroom of his grandparents' home, where he was visiting at the time, and accidentally shot himself.

He is said to have been alone at the time. The boy was flown to an area hospital by helicopter, but he was pronounced dead just after 8 p.m.

Thus far, no charges have been filed in the case, though local authorities imply that a resolution of some sort will be reached later today.

Some of the photos on the Hearty family's Facebook page feature Ethan's parents with guns. However, all the page's images are now off-limits.

The woman who dialed 911 — later identified as Dione Warren — didn't mention a shooting. Rather, she reportedly said her child had suffered from an apparent fall and was losing a lot of blood. She added that he wasn't breathing.

Left out of this account was the fact that the boy's body was found in a bedroom near a handgun that had been recently fired. A bullet was found in the bed, after presumably ricocheting off a wall.

Emergency personnel rushed the boy to a nearby hospital, but he was pronounced dead just over an hour later.

An arrest affidavit sheds additional light on what took place. According to the document, Warren and her husband, Jeremy McCollum, owned a gun safe, but they'd started keeping a handgun under their mattress after hearing shots in the neighborhood. McCollum is said to have routinely returned the weapon to the safe each morning, but she must have forgotten to do so on the 28th, and speculated that Sheine must have seen it there.

Warren is quoted as telling investigators that she and her husband were Second Amendment supporters who viewed gun ownership as "part of our heritage as Americans." She added that they didn't hide these views from their kids — Sheine, Warren's son from a previous relationship, and a school-age daughter.

On the fateful morning, Warren allegedly left Sheine on the bed while she took the girl to school — an account offered by the family babysitter, with whom she is said to have been speaking during the brief trip.

Upon her return to the home, she discovered Sheine gravely injured in the bedroom and called for help, but the boy was beyond saving.

...Unfortunately, children seriously hurt or worse after getting their hands on unattended guns isn't unprecedented. But a terrible incident in Pueblo has a number of twists. For one thing, fortunately, the injured child is still alive at last report, albeit in critical condition. For another, two kids handled the weapon before a shot was fired, with the one who manipulated it into firing position telling investigators he knew how to do it from playing video games.

The incident took place on the 3200 block of Colfax in Pueblo.

At around 10:15 a.m. on August 5, officers were dispatched after receiving a call about a three-year-old female who'd been shot. She was responsive upon their arrival, having been hit by a single bullet that entered and exited her body without breaking any bones. However, the situation was serious enough that after being transported to a local hospital, she was choppered via Flight for Life to a facility in Colorado Springs.

The girl subsequently underwent surgery, and at last report, she was in critical but stable condition.

As for what led to the shooting, investigators believe a nine-year-old child gained access to a gun that was inside the house and brought it to the back yard. There, he is said to have manipulated the gun so that it was ready for firing before handing it off to another kid, age five. That child then pointed it at the three-year-old girl and pulled the trigger.

When the nine-year-old was asked by law enforcers how he was able to manipulate the handgun, the release says "he learned it from video games like Black Ops," a popular entry in the Call of Duty franchise.

Neither the injured child nor her mom have been identified at this writing. But the mother was home at the time of the shooting in the company of Adrian Chavez, her 22-year-old boyfriend. Chavez fled the scene, presumably because he had a no-bond warrant for failure to appear written out in his name. But he didn't get far: He was taken into custody around 3:15 p.m.

Continue for more stories about the accidental shootings of Colorado children, including more details about Monica Abeyta's arrest.