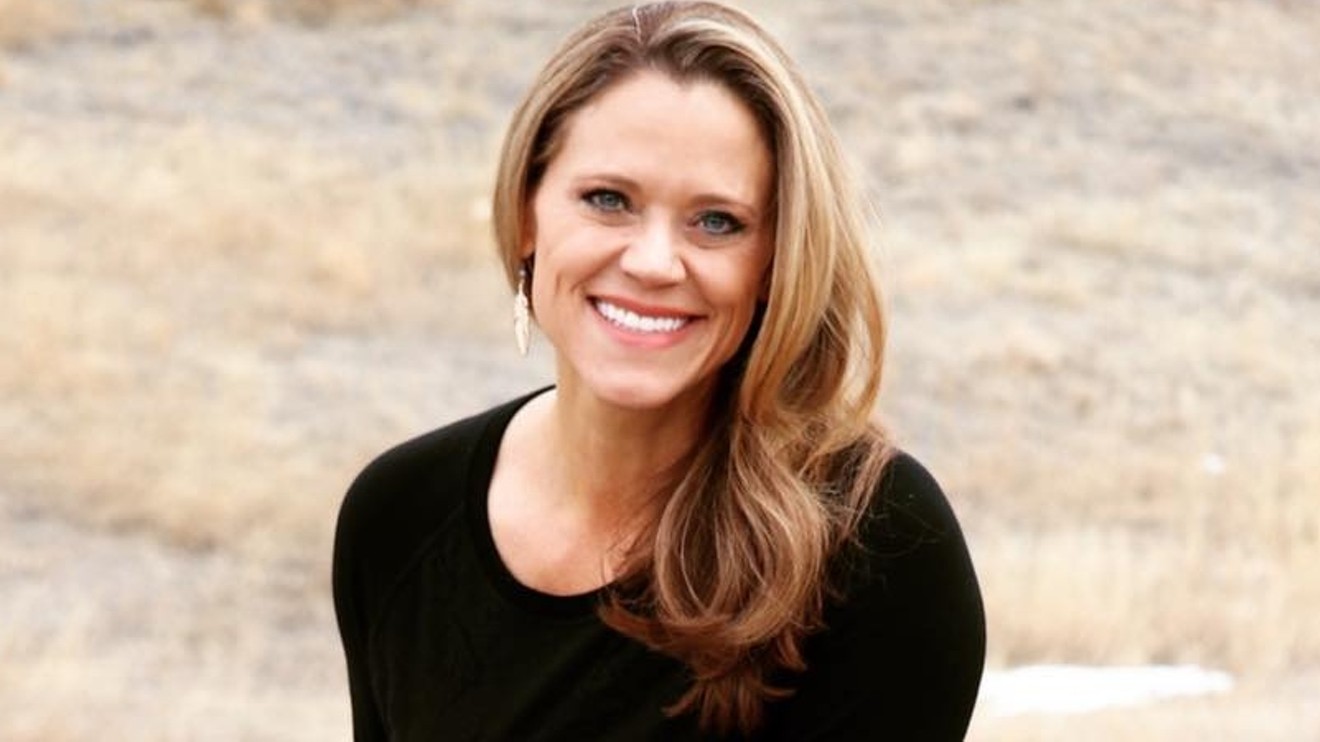 A portrait of Natalie Tysdal. Courtesy of Natalie Tysdal
Natalie Tysdal, a winner of Westword's Best TV Anchor award, has been one of the most familiar faces on Denver TV for years thanks to a series of gigs at sister stations KWGN and Fox31, including her most recent, as co-host of Daybreak, Channel 2's morning show. But she officially left this role last Friday, January 28 — and the choice was hers. She's declared her broadcasting independence and is now essentially creating a network of her own, motivated in part by her experiences during the COVID-19 crisis.

"I am currently building out a plan for a weekly podcast and interview format show on YouTube where I can continue my passion for journalism by focusing on issues around health, education, relationships and families," Tysdal explains. "I’ve always been a proponent of a digital platform, but never did I imagine the pandemic leading to this new venture."

Tysdal, who worked at TV outlets in Lincoln, Nebraska; Twin Falls, Idaho; Mobile, Alabama; and Dallas, Texas before landing in Denver nearly twenty years ago, left KWGN and Fox31 once before, back in 2013, in order to spend more time with her family — husband Tyler and their three children — before returning to Daybreak. She hosted alongside Tom Green until he left the station in early 2017 (he returned to 9News that October), at which point she teamed up with Chris Parente for one of the most distinctive info roundups in the Mile High market.

Once again, Tysdal's kids were a major factor in her latest move.

"Leaving the station, my co-workers and the viewers at KWGN/KDVR was not an easy decision," she stresses. "As you may know, I started at Channel 2 in 2002, when we were WB2 and Tom Green was my co-anchor. The morning show started at 6 a.m.; it now starts at 4:30 a.m. While I am a morning person, getting up between 2 a.m. and 2:30 a.m. to prepare for the long-format show got more difficult through the years as my kids started staying up later."

She reveals that "station management offered me a multi-year contract in October of 2019. I asked for a one-year contract so I could think about what I wanted longer term. Then COVID hit. Like many, I found that being a mom during the pandemic was very difficult. With a daughter in college, one in high school and a fifth-grade son, all in different schools, I had a house full of remote learners and a remote TV studio in my closet. I was an anchor, reporter, TV engineer, mom, chef, teacher and more." 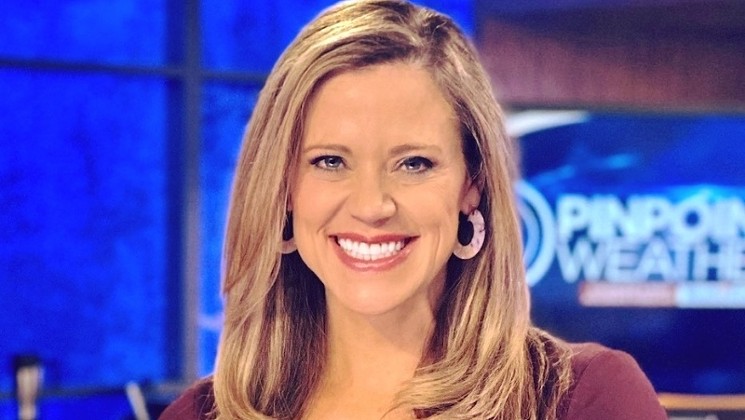 Natalie Tysdal on the set during her last full week at KWGN/Fox31.
Courtesy of Natalie Tysdal
The work continued to be fulfilling, though. "I covered the topics many families were struggling with, and I found an enormous online community in Denver and across the country looking for help and guidance," she says. And working remotely also demonstrated that she had options.

"My decision to leave the morning show is based on many things: a desire to have flexibility, the type of news I want to cover, and the digital opportunity that I see right in front of me," she says. "My YouTube channel has grown 1,000 percent in the last six months. My Instagram and TikTok accounts have doubled."

She certainly knows a little something about going viral. In 2009, she turned heads with the sexy outfit she wore on the cover of Denver magazine. Then, in October 2017, she vomited on live TV after taking what was known on Twitter at the time as the #OneChipChallenge, involving a Paqui snack called Carolina Reaper Madness, named for the blazing-hot pepper from which it's made — an incident she handled with her characteristic good humor.

No bridges have been burned at Tysdal's previous broadcasting home. "I have a great relationship with management at KDVR/KWGN and may partner with them on stories in the future," she divulges.

Brian Gregory, news director for the two stations, returns the positive thoughts. "We love Natalie," he says. "She’s been a great part of the show — in front of the camera and behind the scenes. Recently, in addition to her anchoring, she’s been doing a great job digging out stories on COVID’s impact on education. This was a family decision for her, and I have a lot of respect for the choice she is making."

As for the future of Daybreak, Gregory emphasizes that "the show will absolutely continue. We are currently looking for Natalie’s replacement. We will have some very talented FOX31/Channel 2 journalists filling in with Chris, Chris [Tomer] and Ken [Clark] throughout February."

Meanwhile, Tysdal acknowledges being "floored by the number of viewers who have emailed and posted on social media about my next project and their memories of the morning show. It confirms to me even more how we need to stay connected and how important it is for us as journalists to listen to our readers and viewers."
KEEP WESTWORD FREE... Since we started Westword, it has been defined as the free, independent voice of Denver, and we'd like to keep it that way. With local media under siege, it's more important than ever for us to rally support behind funding our local journalism. You can help by participating in our "I Support" program, allowing us to keep offering readers access to our incisive coverage of local news, food and culture with no paywalls.
Make a one-time donation today for as little as $1.