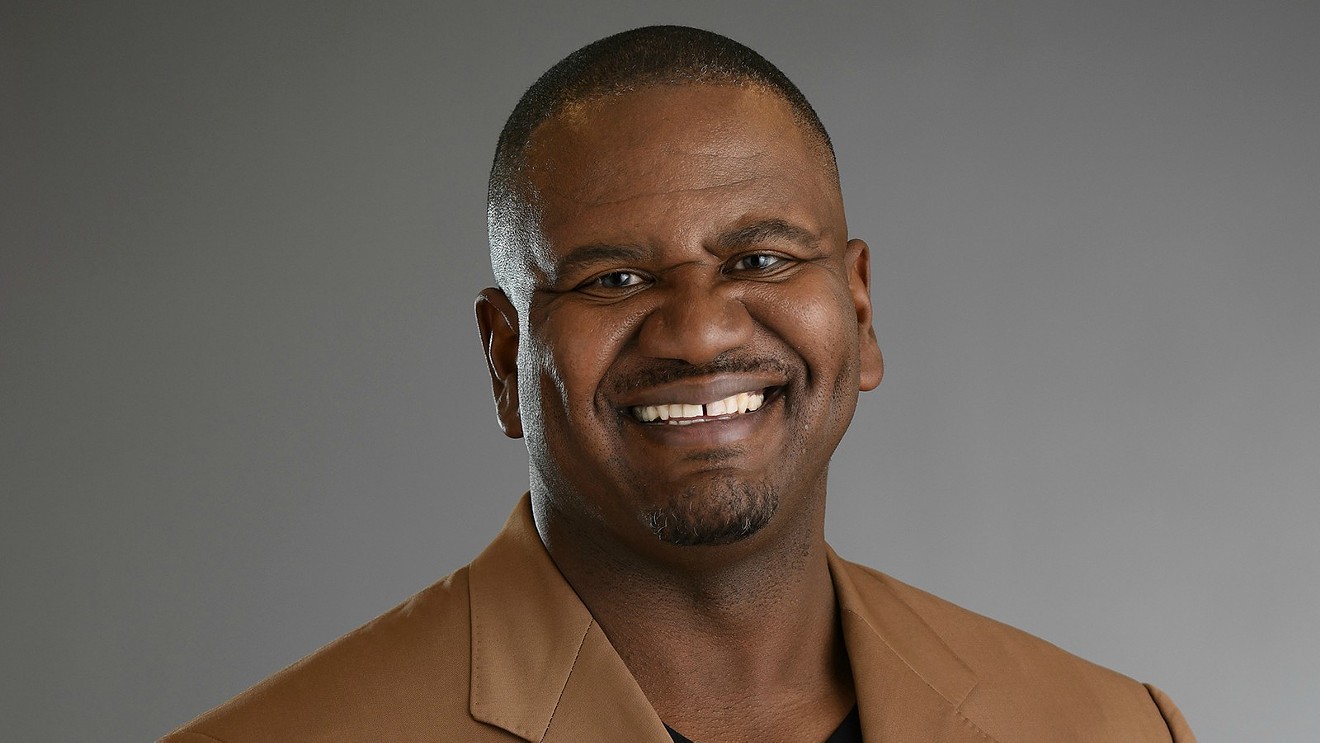 Alfred Williams was kept off the air for six months because of a non-compete clause. KOA/iHeartMedia
Plenty of high-profile legislation has been signed by Governor Jared Polis over recent weeks, including a measure to address the fentanyl crisis. But many bills that are now Colorado law have received little public attention.

A prime example is HB22-1317, titled "Restrictive Employment Agreements," which Polis signed into law on June 8. It essentially nixes what are known as non-compete clauses, which typically impose a delay on workers who want to leave a job in order to take a position with what might be seen as a competitor.

Non-compete clauses are common in the broadcasting business and can have major repercussions for media outlets and consumers alike. Take the case of former Denver Broncos and CU Buffs standout Alfred Williams, who announced that he was leaving 104.3 The Fan to take a gig at KOA and iHeartMedia in late February 2019. Williams had a six-month non-complete clause in his contract with The Fan, but he told Westword that negotiations were underway to see if there might be a way to shorten his mandated time on the shelf. In the end, though, 104.3 The Fan gave no ground, and Williams had to leave Denver airwaves for the full six months before making his KOA debut.

The new law would seem to prevent such conflicts from happening in the future, but attorney Igor Raykin of Aurora-based Kishinevsky & Raykin, whose specialty areas include employment law, has his doubts. He says he's impressed by HB22-1317, which was sponsored by Representative Kerry Tipper and Senator Jeff Bridges, and thinks it's well-intentioned. He notes, however, that "there's a tremendous distinction between law and reality. The law may allow you to do a lot of things in situations like this, but the reality is that it's going to be expensive, uncertain, may take a long time, and you probably will be blacklisted in the industry."

According to its summary, HB22-1317 "declares that a restrictive employment agreement or covenant not to compete that restricts the right of any person to receive compensation for performance of labor for any employer is void, with certain exceptions." An employer who violates the provision is subject to a penalty of $5,000 for each employee or prospective employee, as well as injunctive relief and actual damages.

In some ways, Raykin sees the bill as unnecessary. "Non-competes were never legal in the first place," he suggests. "So this law doesn't really make things any different. These kinds of agreements were void before and they're void now."

What's new, however, are efforts to prevent companies from skirting Colorado regulations as they've done in the past.

"The way they could have tried to get around these agreements before was by choosing a different venue or choosing a different law," Raykin explains. "A lot of contracts have choice-of-law clauses and choice-of-venue clauses." In a media context, he continues, "it means theoretically that if local stations are owned by big conglomerates, you wouldn't deal with it in Colorado, but in some other state, like Texas, that's much more friendly to non-complete clauses. There's case law that says if the performance of the contract is in Colorado, the court will favor handling any kind of disputes under Colorado law rather than elsewhere. So what this bill is doing is adding more teeth to that — saying you cannot contract your way around venue issues, and if the performance of the contract is in Colorado, you're subject to Colorado law and you're going to be litigating in a Colorado courtroom."

Problem is, he adds, "companies can put other poison pills into contracts: arbitration clauses, which are toxic generally, but particularly toxic when it's a big guy fighting a little guy."

Here's how Raykin illustrates that scenario: "A contract can say, 'If we're going to litigate a non-compete clause, we're not going to court. We're going to go to an arbiter.' They'll pick where the arbiter is, and oftentimes the arbiter will be a veteran of a large firm that's very business-friendly and may interpret the provisions of the contract in a way that's hostile to the worker and favorable to the employer."

There's no way to work around an arbitration clause, Raykin points out, "because it's a federal law that supersedes most state situations."

Understanding these dynamics will give pause to attorneys advising media members about challenging a non-compete clause, Raykin suggests: "Any lawyer who would look at their contract would say, 'This non-compete is not enforceable. It's garbage. But how much money do you want pay fighting this? Especially since the loser will pay the other side's attorney fees.'

"The new law is an excellent piece of legislation in terms of protecting workers' rights," Raykin concludes. "It's as much as Colorado can do under the circumstances. However, creative lawyers can still find a way to work around this, using arbitration — so they make take the $5,000 fine and say, 'We don't care. We're still going to go to arbitration to prevent this person from going to another station.'"

Click to read the signed version of House Bill 22-1317.
KEEP WESTWORD FREE... Since we started Westword, it has been defined as the free, independent voice of Denver, and we'd like to keep it that way. With local media under siege, it's more important than ever for us to rally support behind funding our local journalism. You can help by participating in our "I Support" program, allowing us to keep offering readers access to our incisive coverage of local news, food and culture with no paywalls.
Make a one-time donation today for as little as $1.