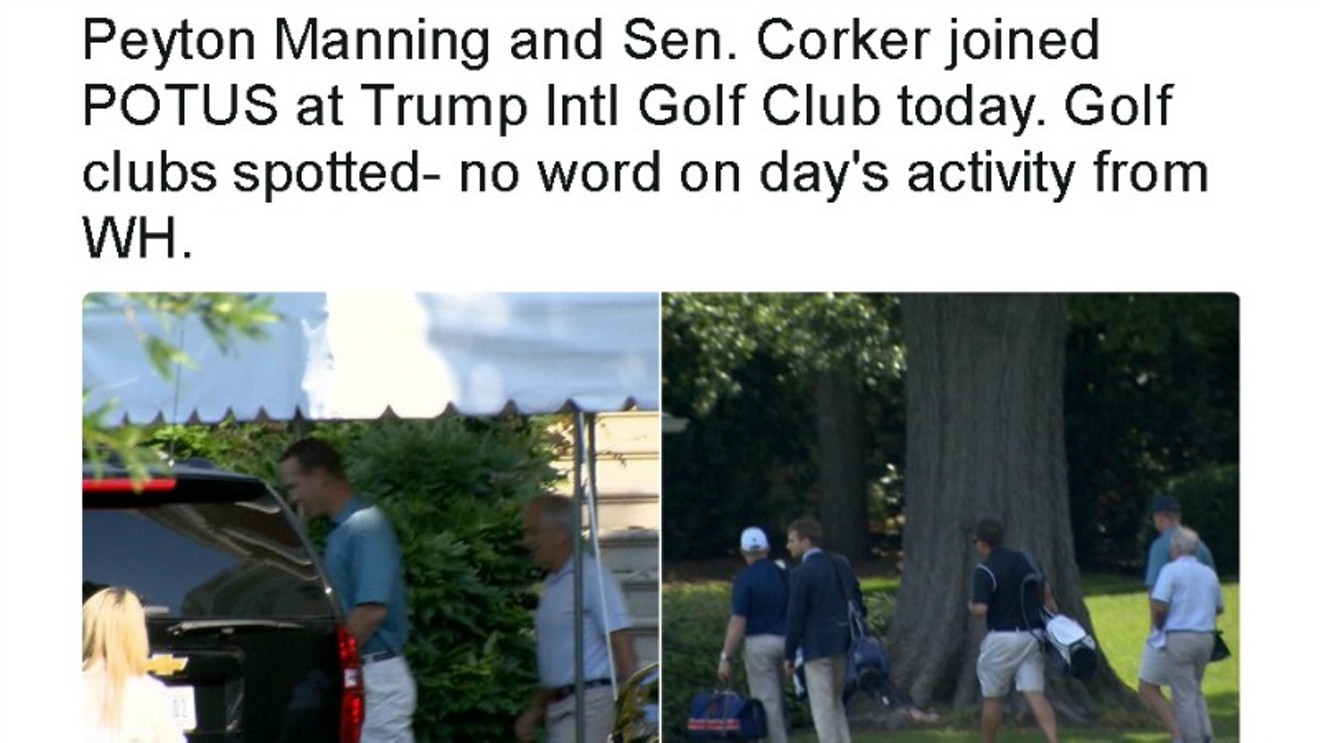 CNN producer Allie Malloy's Twitter photos of Peyton Manning at Trump International Golf Club after a golf outing with President Donald Trump. @AlliemalCNN screen capture
Former Denver Broncos star Peyton Manning, one of the most popular athletes in Colorado and across the country, is receiving unexpected backlash after reports that he joined President Donald Trump for a golf game, with many online commentators making reference to claims that the retired quarterback had pressed his naked buttocks into a trainer's face during his days at the University of Tennessee.

It's no surprise that Manning and the President are friendly. Peyton and brother Eli Manning appeared with Trump in a 2009 commercial for Double Stuff Oreos, as we pointed out in a March 2016 item about a poll in which respondents said they would have more trust for a Supreme Court nomination by the elder Manning than from The Donald (who wound up choosing Coloradan Neil Gorsuch for the job).

Moreover, we noted in a 2012 post introducing Manning to Broncos fans that he has donated money to Republican candidates, including Tennessee Senator Bob Corker, who joined Peyton and Trump on the links at Trump International Golf Club over the weekend (right around the time the President was tweeting in typically bellicose fashion about the latest London terror attacks).

But the online reaction to Manning getting too buddy-buddy with such a divisive figure as Trump proves that even the Teflon Quarterback isn't immune from criticism, as seen in responses to a tweet from CNN producer Allie Malloy, among the first to break the news about the outing. 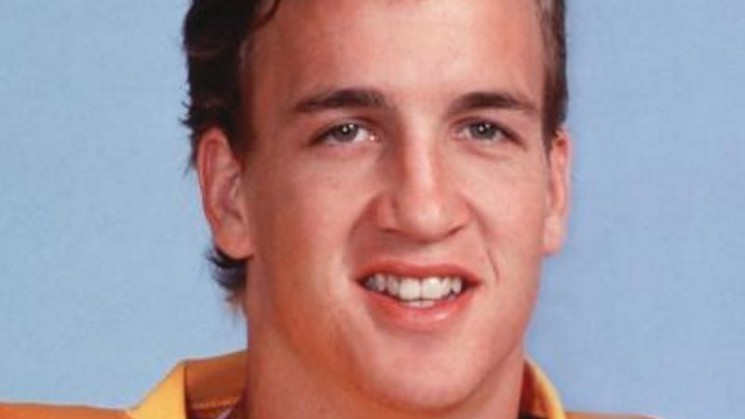 For more information about this claim, and Manning's denials, read our post headlined "Did Peyton Manning Sit Naked on Doc's Face in College, Bully Her in Later Years?"

Here's a sampling of replies to Malloy's tweet that nod to the Naughright matter:

I wonder if Peyton told him how he put his genitals on a female trainers head.

Two known sexual assaulters. Not sure about Corker.

Well Peyton Manning is a sexual assaulter as I recall, so that makes sense...

Sexual predators tend to flock together

Plenty of other posts were jokey or even supportive of Manning. For instance, one person wrote, "Payton [sic] Manning is not dead to me."

Still, the negative takes were abundant. Here are ten examples:

Take back his super bowl ring & erase his record w/Broncos. Indiana can have him. They can have mother's boy back too

A respect for Peyton gone

A lifetime of loving the Mannings, starting with Archie, POOF, gone just like that

To think I have always respected @PeytonManning36

By the way, Manning was in Washington, D.C., to accept an award at Ford's Theatre; he was among honorees said to embody the spirit of Abraham Lincoln.

Who was also a Republican, albeit one who's a lot less controversial today than Donald Trump.