Inside Vote to Approve Rob Walton as New Broncos Owner, King of Denver 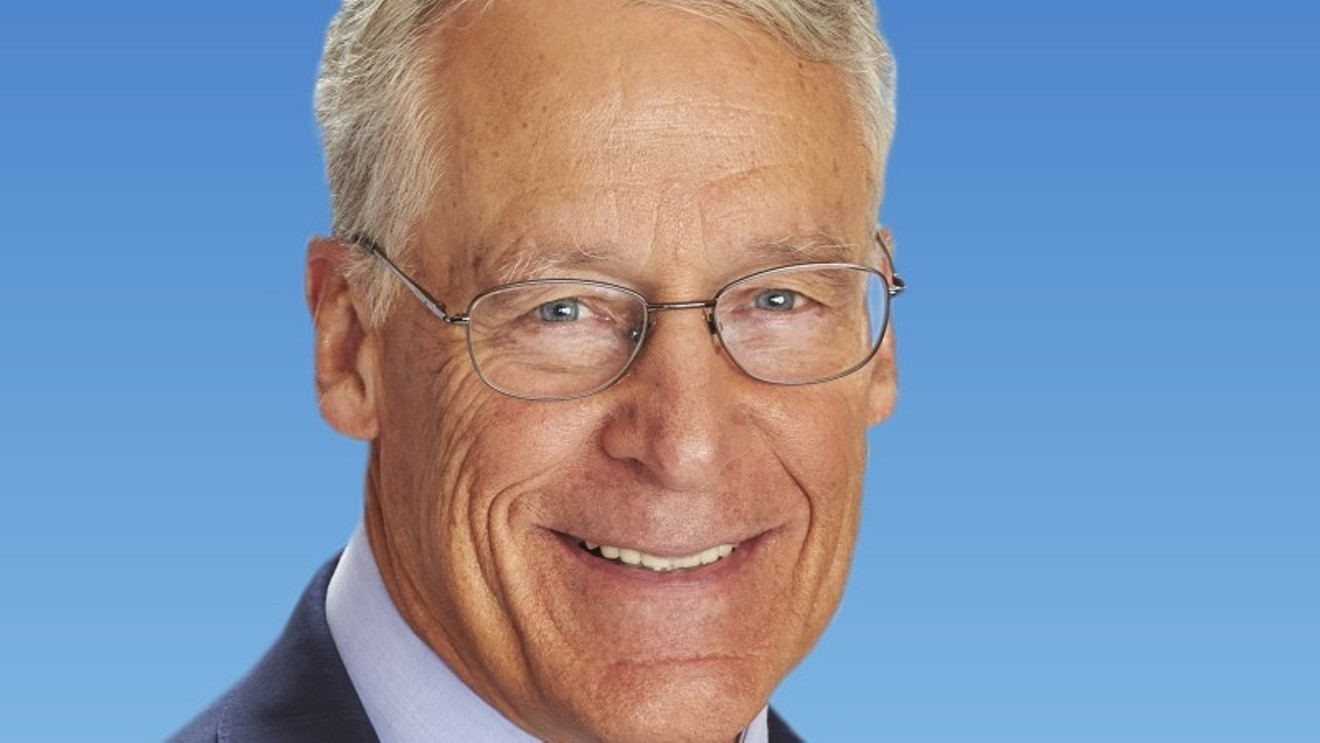 S. Robson "Rob" Walton's official Walmart portrait. walmart.com
Update: At around 11:40 a.m. Denver time, the sale of the Denver Broncos to the Walton Penner group was officially approved by NFL owners. Continue for our earlier coverage.

Today, August 9, National Football League owners are scheduled to formally vote on the $4.65 billion bid for the Denver Broncos submitted by the Walton Penner group, led by Walmart heir Rob Walton along with his daughter, Carrie Walton Penner, and his son-in-law, Walmart chair Greg Penner. And there's as much suspense about the outcome as there was over whether Tom Cruise's Maverick would still be alive at the end of this summer's Top Gun reboot.

The deal only needs 24 votes from the 32 current NFL owners during league meetings taking place in Minnesota. And while one owner is expected to be absent — the Miami Dolphins' Stephen Ross, who's been suspended through game six of the 2022-2023 season for tampering — there's been absolutely no indication of resistance to Walton and company joining the club.

As for Walton, he's a white man of a certain age — a characteristic he shares with the overwhelming majority of the owner/voters. The only two owners of color are the Buffalo Bills' Kim Pegula, who's from South Korea, and the Jacksonville Jaguars' Shahid Rafiq Khan, born in Pakistan. Female owners aside from Pegula, who shares the Bills with her husband, Terry Pegula, include the Chicago Bears' Virginia Halas McCasky, eldest child of franchise founder George Halas, as well as the Detroit Lions' Sheila Firestone Ford Hamp, the New Orleans Saints' Gayle Benson, the Seattle Seahawks Jody Allen, and the Tennessee Titans' Amy Adams Strunk.

If the deal goes through, Walton will be the new NFL bank-account champion....even after $4.65 billion is subtracted from his bank account. As of this morning, Forbes estimates his net worth at a mere $59.8 billion, down from around $70 billion a few months back, but still way more than any of his soon-to-be peers. 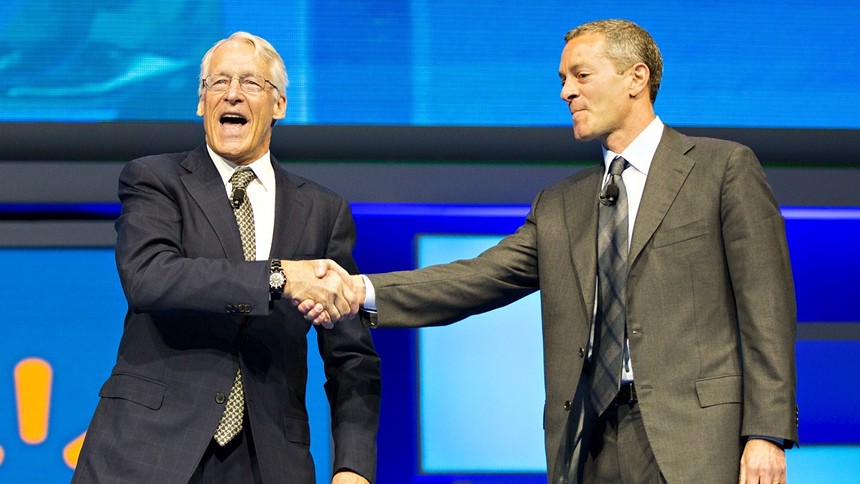 Rob Walton shaking hands with his son-in-law Greg Penner, Walmart chairman and member of the Walton Penner group.
walmart.com
Here are Pro Football Network's rankings for the richest NFL owners, from lowest to highest net worth as of January. Note where the family members of the late Pat Bowlen, who bought the Broncos in 1983, were listed prior to the promised Walton windfall.

Given his financial resources, Walton will instantly become a person to be reckoned with even among the NFL elite, and definitely in the Mile High City. Talk about a possible new stadium for the squad and new development around it will accelerate, and while the Penners will reportedly run the Broncos on a day-to-day basis, Walton will hover over the operation like a monarch.

A new king of Denver is about to be anointed — and his reign will be fascinating to watch.
KEEP WESTWORD FREE... Since we started Westword, it has been defined as the free, independent voice of Denver, and we'd like to keep it that way. With local media under siege, it's more important than ever for us to rally support behind funding our local journalism. You can help by participating in our "I Support" program, allowing us to keep offering readers access to our incisive coverage of local news, food and culture with no paywalls.
Make a one-time donation today for as little as $1.