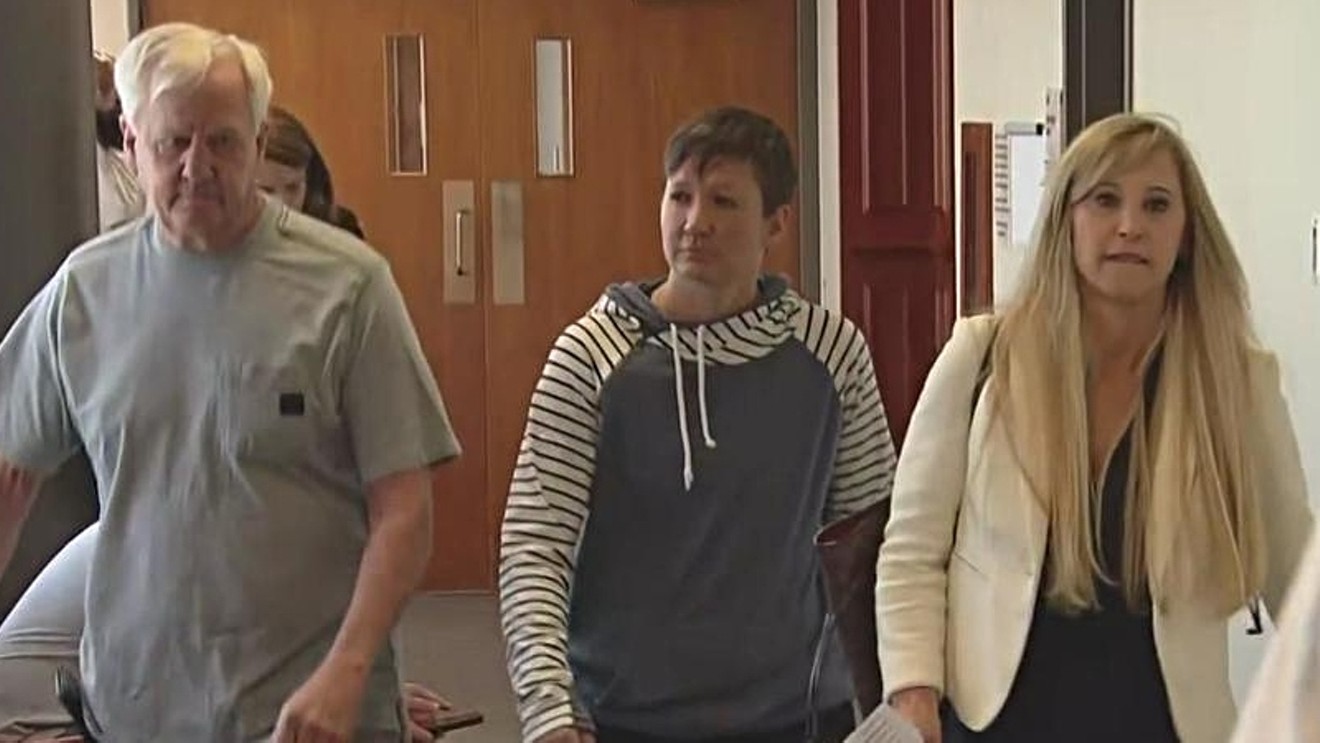 Robin Niceta, center, as seen after a July court appearance. remains at the center of the storm. Courtesy of CBS4 Denver
Robin Niceta was once a low-profile social worker with the Arapahoe County Department of Human Services' child-protective unit. But she's been in the spotlight since May 16, when she was arrested on suspicion of pressing false accusations of child abuse against Aurora City Council member Danielle Jurinsky shortly after the politician used the word "trash" to describe ex-Aurora Police Chief Vanessa Wilson, Niceta's former partner, on a local radio show.

In recent days, the focus on Niceta has grown even more intense owing to the release of two documents: a Colorado Department of Human Services audit of her past cases, and an amended version of a class-action lawsuit originally filed against Niceta and multiple Arapahoe County agencies in August. That complaint includes details regarding an additional 23 parties who have allegedly been harmed by Niceta or the agency for which she worked.

The audit takes the form of a letter from Colorado Department of Human Services Executive Director Michelle Barnes to Cheryl Ternes, director of the Arapahoe County human-services department. It's described as a "summary of CDHS's review, findings and recommendations in response to our agreement to perform an audit related to potentially fraudulent activity by a child welfare Social Caseworker" previously employed by ACDHS: Niceta, although she isn't mentioned by name. The review process looked at two referrals that came through a statewide hotline in which Niceta was mentioned by name, as well as cases she handled dating back to July 2017.

Auditors determined that the two referrals had been handled appropriately — and staffers "did not identify any additional unresolved child-safety concerns" after going through Niceta's cases. But the analysis did find "an inadequacy of effort and thoroughness in assessments" to which Niceta and her supervisor were assigned, as well as a "failure to perform work in accordance with the Colorado Code of Regulations, including minimal or no documented efforts to contact necessary family members or collaterals, necessary but unverified cross-reporting to law enforcement, disposition ('finding') reasoning concerns, and needed improvements to record of contact/documentation/closure summaries."

There were enough smoking guns among these matters to convince CDHS's Barnes that "an additional layer of review or audit to more broadly and deeply assess case practice and supervision" at the agency is necessary. 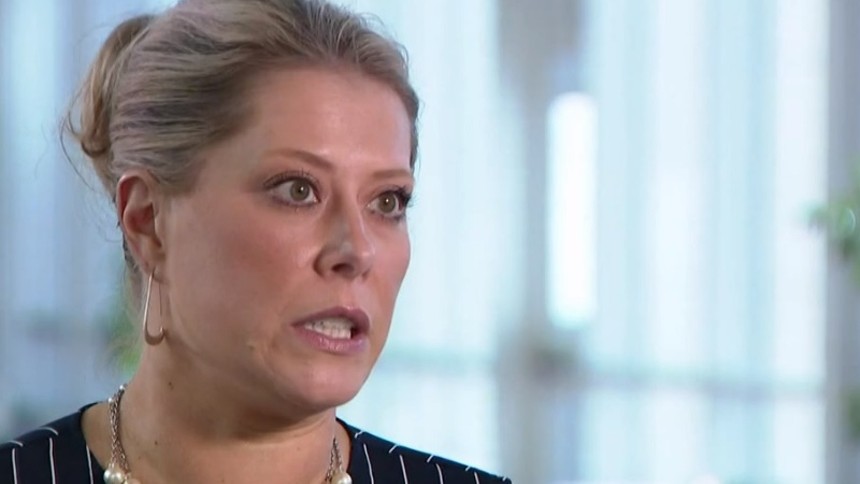 The amended version of the complaint, filed on September 20, includes multiple allegations from new class members aimed at Niceta, including one from an individual referred to as "J.A." whose children were placed by the social worker with an ex-partner facing "open federal drug-trafficking charges" despite "pictures and other evidence of J.A.'s ex-partner physically abusing her." But there are even more that accuse other caseworkers of impropriety, including class member "T.B.," who claims a staffer provided false testimony in a court hearing that helped free an ex-partner accused of kidnapping.

The Jurinsky-related suit isn't the only one targeting Niceta; also pending is a separate complaint filed in August by Kamel and Maria Leghouini.

In the meantime, an Arapahoe County spokesperson provided the following statement about the audit:


Arapahoe County is thankful that the state’s limited review of Robin Niceta’s cases concluded that no children are currently in an unsafe situation, which is consistent with the mission of Arapahoe County Department of Human Services. The County accepts the findings of the review, and we will fully cooperate with the state’s recommendations. In light of these findings, and consistent with statewide recommendations to all counties, we will add measures that will help mitigate the likelihood of bad actors infiltrating our systems in the future. We also will add new quality assurance professionals to help guide these practice improvements.

The County requested this outside review to determine whether there was any additional misconduct committed by the former employee. The audit conducted by the State Department of Human Services determined that, on some cases handled by the former employee, there was a failure to completely investigate and document potential cases of child abuse, although it did not result in any child being left in an unsafe situation. It also concluded that the former employee’s supervision did not catch these instances and recommended further review of supervisory practices. Fortunately, no additional instances of false reporting against a third party by this former employee have been found, nor has anything been found that would support the allegations of widespread overzealous and false pursuance of child abuse allegations contained in the recently filed class action lawsuit.

Click to read the Colorado Department of Human Services audit letter and the September 20 amended version of Danielle Jurinsky v. Arapahoe County Department of Human Services, et al. The suit reportedly seeks $50 million in damages, although that figure doesn't appear in the document.
KEEP WESTWORD FREE... Since we started Westword, it has been defined as the free, independent voice of Denver, and we'd like to keep it that way. With local media under siege, it's more important than ever for us to rally support behind funding our local journalism. You can help by participating in our "I Support" program, allowing us to keep offering readers access to our incisive coverage of local news, food and culture with no paywalls.
Make a one-time donation today for as little as $1.