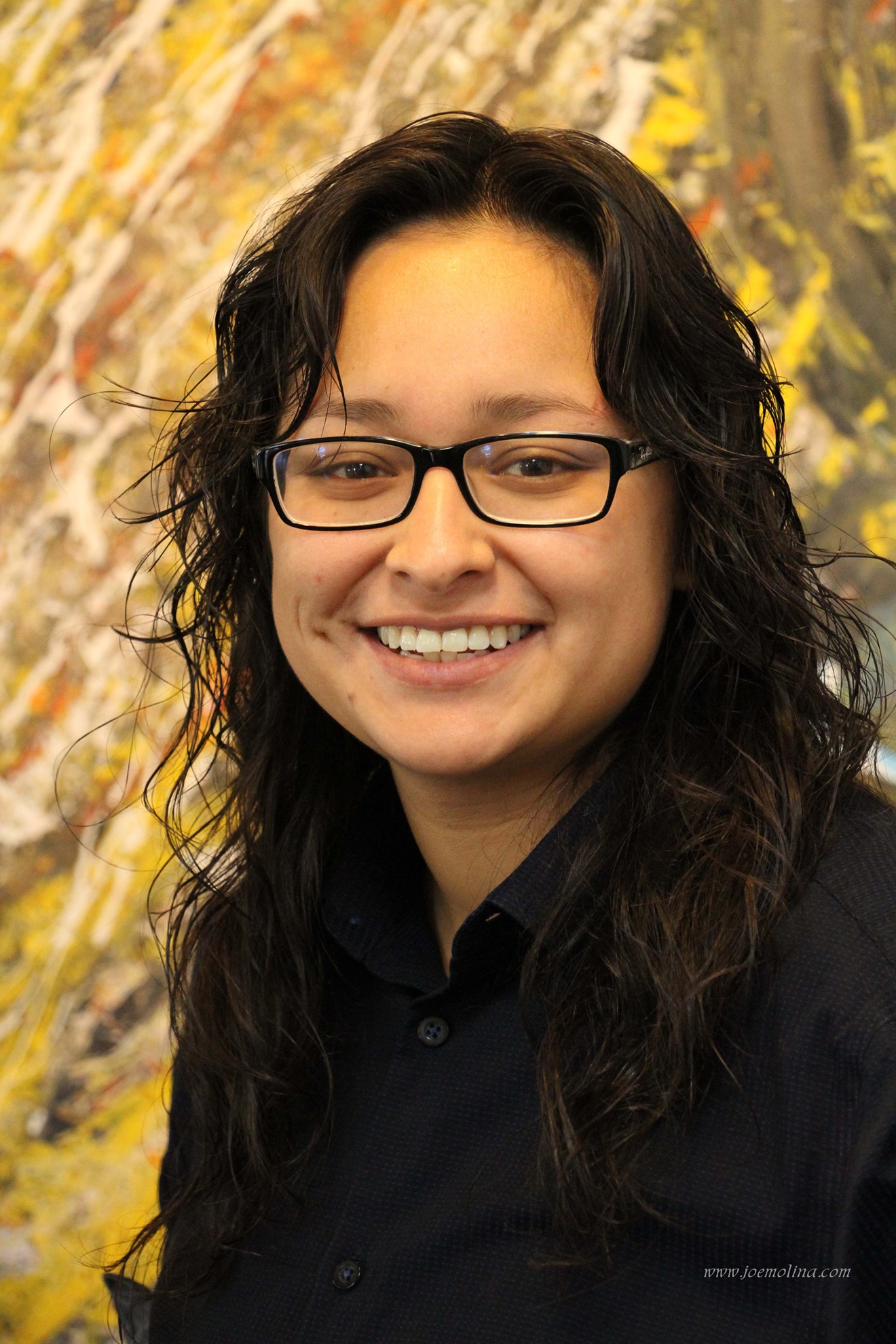 Running as an openly lesbian politician in a district that's nearly divided between Republicans and Democrats has its challenges. (During both the 2014 and 2016 elections, Democrat Young received around 55 percent of the vote.) One piece of well-meaning advice offered by an openly gay political consultant was that she needed to work on her family-friendly image and potentially secure a long-term relationship because being single makes her "more perverted" in voters' eyes.

"I didn’t listen to that advice at all," Galindo says, shrugging off the notion that she can't win in a competitive district if she doesn't attempt to appeal to the broader, heterosexual crowd. The photos in her campaign literature show her proudly alone, without a spouse or child on her arm.

Galindo, an ex-Greeley City Council member who announced her candidacy last July, is running in the primary against 75-year-old Jim Riesberg, a former insurance company executive who held the seat for nearly four two-year terms until mid-2011, when he stepped down to serve as Colorado's insurance commissioner. Riesberg resigned from that post in 2013 after leading the state through one of the biggest insurance reforms in its history, in the wake of the Affordable Care Act. The first Democrat to ever represent House District 50, Riesberg isn't affected by term limits this time because he's been out of the seat for well over four years. Rochelle Galindo is running against a primary challenger for House District 50, covering Greeley, Garden City and Evans.
Rochelle Galindo
Galindo isn't concerned about her primary opponent's experience in state government. Even though prospective voters regularly ask about her age when she canvasses neighborhoods, youth hasn't kept Galindo on the political sidelines. She got involved in local politics in high school while on the Greeley Youth Commission, where she took a stand against city council's proposed curfew ordinance, worried that it would incriminate students who were involved in extracurricular activities after school. Although the curfew was implemented, Galindo says her eyes were opened to the generational divide between lawmakers and the young people impacted by short-sighted, out-of-touch laws.

She ramped up her community-organizing experience in college, serving as an intern and then a full-time field organizer for President Barack Obama's 2012 re-election campaign, when she oversaw voter-registration teams getting out the Democratic vote along the Front Range, particularly in Greeley.

"I loved going to work every day," Galindo recalls. "I loved my job. I loved what I was doing. I was engaging people to participate in their democracy. ... That's why I stayed involved [in politics] after the [2012] election ended. I was right in my own community, so I figured I learned a new skill set and learned how to engage people, and if any community needs this, it's definitely Greeley.”

After Obama's successful re-election, she put her skills and political network to work on a local mayoral race and then as Young's Latino outreach director and deputy campaign manager during his 2014 re-election bid. The next year, Galindo decided it was her time to step into the political spotlight. She ran for Greeley City Council in 2015 during her senior year at the University of Northern Colorado and won, making her the only Democrat on the conservative six-member city council at the time and the first openly gay person to ever serve. (She stepped down from her seat in April, after getting on the primary ballot.)

When Galindo took office in Greeley, she launched a bilingual constituent newsletter to help the Latino immigrant community access information and resources in Spanish. And last September, she persuaded her Republican colleagues to unanimously approve a resolution to stand in solidarity with refugees and immigrants, a proposal they'd shot down just six months earlier. She introduced the ordinance after two plainclothes ICE officers took an undocumented immigrant into custody at the Weld County courthouse. The encounter was confusing for the man's family members, who spoke little English, and Greeley police officers were called to the scene when a scuffle broke out. That was "the last straw" for Galindo, she says; given that nearly 40 percent of House District 50 is Latino, immigration-related issues hit especially close to home.

Jim Riesberg is running for a House seat he last held seven years ago.
Jim Riesberg
"Going back to when I was in high school in 2006, there was the ICE raid on the meatpacking plant in Greeley. ... Three hundred of our residents were deported and detained. I remember seeing the impacts on my classmates and our community. Cut to 2016 when Trump was elected, and hateful rhetoric was coming out of D.C. I wanted to use my position to make sure that never happened again,” Galindo explains.

Greeley has a long history as a working-class, blue-collar town where many families depend on manufacturing jobs for stable work and a living wage. Before Galindo's parents divorced, her mother was sometimes the sole breadwinner for the family; she has worked at the Cargill meat-packing plant in Fort Morgan for 32 years, climbing from a meat-cutter to plant superintendent. Galindo's father works in the oil and gas industry as a truck driver. Galindo is also a blue-collar worker: Her full-time day job is as the head custodian at an elementary school in the Boulder Valley School District.

Now, as a first-time candidate for state office, Galindo has been busy calling voters and knocking on doors, sometimes in 100-degree temperatures, getting her name out before the June 26 election.

Her working-class roots have shaped her core campaign message, which calls for jobs, education and tax reform, as well as constituent access. She wants to see more jobs that pay a living wage, along with a restructuring of the Taxpayer's Bill of Rights (TABOR) so that a viable school funding solution can emerge. Most important, she wants to elevate underrepresented voices at the State Capitol, which is something that her primary opponent hasn't always done, Galindo says.

In 2006, she points out, Riesberg voted for a bill to deny undocumented immigrants the ability to apply for business permits; in 2008 he supported a bill to double down on the federal prohibition on hiring undocumented workers by requiring the state to notify employers that hiring them is unlawful.

"When I was elected [to city council], I really wanted to ensure I was a different type of leader than what I had seen in the community growing up. I never heard my voice being represented," Galindo says. "I better reflect the district. ... I know [Riesberg]; I respect all of the work he has done in the past. I just think I have a different vision for our future."
KEEP WESTWORD FREE... Since we started Westword, it has been defined as the free, independent voice of Denver, and we'd like to keep it that way. With local media under siege, it's more important than ever for us to rally support behind funding our local journalism. You can help by participating in our "I Support" program, allowing us to keep offering readers access to our incisive coverage of local news, food and culture with no paywalls.
Make a one-time donation today for as little as $1.