Photo by Dmitry Schemelev on Unsplash
In today's highly polarized political environment, legislation overwhelmingly supported by Democrats and Republicans alike has become exceedingly rare. So the fact that Colorado HB22-1288 received unanimous support during its third reading on March 21, passing the state House of Representatives by a vote of 65-0, is noteworthy in and of itself. But the achievement is even more surprising, given the measure's title: "Safe Reporting Assaults Suffered By Sex Workers."

The lead sponsor of the bill, which grants immunity from prostitution charges for sex workers who are victims of violent crime, is Representative Brianna Titone. That the measure — which was co-sponsored by a fellow Democrat, Senator Rhonda Fields, and two Republicans, Representative Matt Soper and Senator Jim Smallwood — didn't receive a single nay from her House colleagues strikes her as "pretty freaking cool," Titone says. "I thought I could probably get a strong majority on this. I wasn't sure if I could get a unanimous vote, but I really worked hard to get the DAs and advocacy groups to support it, and to get Republican sponsorship on the bill. That really helped convince everybody that this was a concept they could agree on."

Still, Titone eagerly gives credit for the idea behind the bill to a friend of hers, activist and former sex worker Pasha Eve. "I didn't even know she had been involved with sex work," Titone says, "and when she told me what happened to her — this brutal attack on her — it was very impactful for me. She asked me to run the bill, so it wouldn't have happened without her." 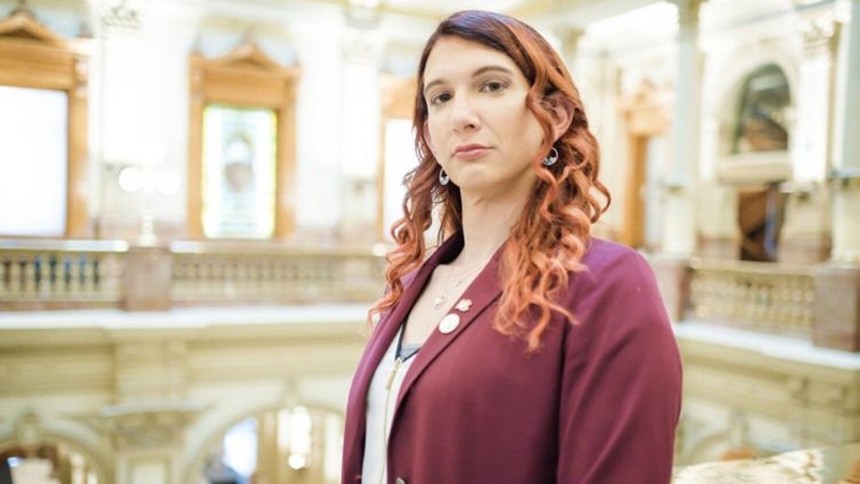 Representative Brianna Titone is the lead sponsor of the legislation.
briannaforco.com
Pasha Eve testified in favor of the legislation during a March 16 gathering of the House judiciary committee, alongside fellow witness Tiara Kelly, and her appearance brought back memories of a time when she was called upon to speak about a difficult subject. "I testified to the grand jury in the CU football rape scandal eons ago," she notes, adding that while "the women in that case were able to call the police and expect to be treated with compassion and basic human dignity, those are things sex workers are not afforded."

In the years that followed, she continues, "I got out of the business and started a nonprofit to try to curb human trafficking. But my late husband had health issues — he was on disability, and we were about to lose our home to disclosure — so I went into the business again. That's not unusual. Most sex workers cycle in and out of the business. But I was working again when I got a call from a client I'd seen before. When I got to his place this time, though, he grabbed me by my hair and dragged me down the stairs and really beat me severely. You could not set a quarter on my skin and not hit a welt or a cut or a bruise. I had to go to the hospital and get stitches."

Meanwhile, the last words of Pasha Eve's attacker rang in her ears, she says: "He told me, 'Who are you going to tell? What are you going to do? Because if you call the police, you'll be arrested.'

"He wasn't wrong," she continues. "The system is set up so that sex workers are easy prey for predators, and even for human traffickers, who use the crime of sex work as a reason their victims can't get away. They'll say, 'Go to the police and you'll be arrested,' and a lot of times, they're right. It's not okay that traffickers and abusers are able to use the judicial system against sex workers — and that's what I told the committee. This is a common-sense bill that says if you're assaulted, you should be able to go to the police without fear of being arrested yourself."

The bill lists specific offenses that sex workers can report and still be immune from prosecution for prostitution-related allegations; among them are first-degree murder, manslaughter, vehicular homicide, assault, menacing and stalking. And while the immunity doesn't extend to other offenses unrelated to prostitution that law enforcement officials may discover along the line, Titone sees the protection promised by the bill as enhancing public safety for everyone. 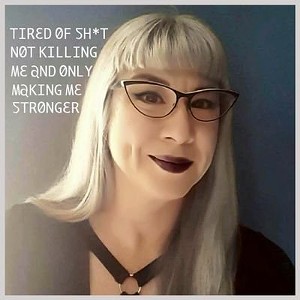 Pasha Eve's experiences inspired the legislation.
Twitter
"A lot of people who do sex work are often in places where they witness violent crimes," she notes. "And we need to use every resource we have to put violent people behind bars."

Such attacks are far too common. Pasha Eve chose to talk about the beating that resulted in her hospitalization mainly because she had photos that allowed committee members to see the scope of the damage done to her. "That wasn't the only time something like that happened to me," she stresses, adding that violent attacks on sex workers, and particularly those who are trans or identify as BIPOC, are all too commonplace.

The bill doesn't call for decriminalizing sex work, though, and that's something Pasha Eve would like to see. She supports legislative reform that follows what's known as the New Zealand model, which states, "It is not against the law to work as a sex worker or operate a brothel, nor is it against the law to pay for sexual services. However, it is against the law for any third party to facilitate anyone under the age of 18 into sex work."

Still, she feels that HB22-1288 would be a large step in the right direction even if it isn't used that often. Since a similar measure was passed in San Francisco, she says, she's been told by sex workers there that assaults are down because customers know the victims of violence don't have to remain silent to prevent their own arrest.

The next step for the bill is the state Senate, and Titone is hopeful that legislators in that chamber will follow the House's lead. "I got a lot of nervous eyebrow raises when I brought this topic to the legislature," she admits. "There were a lot of skeptics about what the bill could do or not do, and where this was going. But I was really careful to craft the bill in a way to start the conversation and have a productive conversation on the topic, which nobody really had done before."

The conversation was certainly gratifying for Pasha Eve. "Brianna sent me a picture of the screen showing the vote on the bill," she recalls, "and when it showed 65-0, I collapsed in my chair and started crying."

Click to read the latest version of House Bill 22-1288.
KEEP WESTWORD FREE... Since we started Westword, it has been defined as the free, independent voice of Denver, and we'd like to keep it that way. With local media under siege, it's more important than ever for us to rally support behind funding our local journalism. You can help by participating in our "I Support" program, allowing us to keep offering readers access to our incisive coverage of local news, food and culture with no paywalls.
Make a one-time donation today for as little as $1.