Inside the New Fight Over $15 Million Elijah McClain Death Settlement

Attorney Mari Newman speaking at an October 1, 2020, press conference about the death of Elijah McClain while flanked by his father, Lawayne Mosley (in orange cap), and his mother, Sheneen McClain (far right). Photo by Michael Roberts
On May 17, Sheneen McClain filed a complaint against Denver-based Kilmer, Lane & Newman LLP, which had previously represented her in a lawsuit filed in August 2020 against Aurora and fifteen individuals over the death of her son, 23-year-old Elijah McClain, following a brutal encounter with law  enforcement a year earlier. The complaint disputes KLN's right to nearly $4 million in attorney fees from her share of the $15 million settlement Aurora consented to pay last November based on allegedly "wrongful conduct."

The claim turns on complex legal issues that include the apparent lack of a so-called conflict waiver over KLN's joint representation of both McClain and Lawayne Mosley, Elijah's father. A conflict waiver is defined as "a written document signed by each party that specifically discloses the risks, benefits, and alternatives of...dual representation" — and originally, KLN did indeed act on behalf of both McClain and Mosley, as well as a third plaintiff, "The Estate of Elijah Javon McClain," before she ended their association and signed on with a new firm, Denver's Rathod Mohamedbhai LLC.

The complaint maintains that KLN had no fee agreement with McClain's estate — another complicating factor. But at the heart of the matter is the estrangement between McClain, who raised her son, and Mosley, who's described in the filing as "Elijah’s absentee father, who denied paternity and owed substantial back child support," as well as her belief that KLN actively undermined her interests by insisting that the former couple split any settlement evenly.

That ultimately didn't happen: The final agreement, signed on March 10, designated that McClain receive $9.75 million and Mosley $5.25 million. But KLN has still asked her to pay $3.9 million in attorneys' fees — which Daniel Wartell of Denver's Ciancio Ciancio Brown, P.C., McClain's attorney in the latest action, dubs "a second bite of the apple," since KLN had already collected part of Mosley's settlement and a big chunk of $350,000 paid by the ambulance company called to the scene after Elijah was attacked. "They stopped representing Sheneen a year or so before the settlement," Wartell adds, "but it seems they are bent on capturing 100 percent of the fee when they didn't do 100 percent of the work."

In response, KLN sent Westword this statement: "For decades we have fought alongside our clients to protect their constitutional rights and civil liberties. This is not just what we do, it is who we are and what we believe. Our team poured our hearts and souls into seeking justice for the McClain family and helped them achieve the largest civil rights settlement in Colorado history. We stand by our hard work on this case. The allegations are misleading, and in many cases entirely false. We hope that this does not distract from the important goals of continuing to force change in policing, and criminal accountability for Elijah’s killers."

Prior to sharing these remarks, however, KLN offered a statement identical to one that appeared in the Denver Gazette, which broke the story. The only difference between the original statement and the one above are two extra words in the last sentence, emphasized here for clarity: "We hope that this misdirected anger does not distract from the important goals of continuing to force change in policing, and criminal accountability for Elijah’s killers." 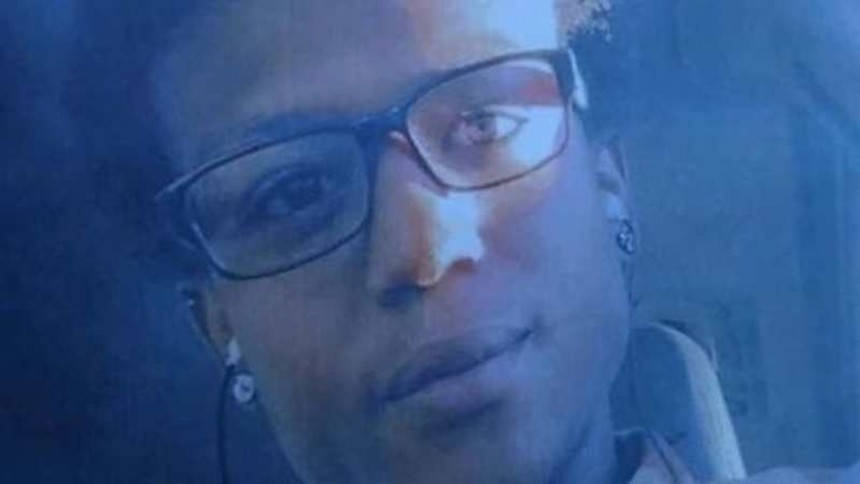 A portrait of the late Elijah McClain.
Family photo
For Wartell, those additional words speak volumes. "One of our primary allegations is that the Kilmer firm was using the case as an opportunity to promote itself rather than doing what the client wanted — and it's interesting that they're out there in public making statements about Sheneen, their former client, which are derogatory toward her," he says. "They attempted to characterize the allegations as nothing more than 'misguided anger' toward a disgruntled client. It's offensive that they would suggest this is just an angry, misguided Black woman. That's not what this is about."

There's no argument regarding KLN's impact over recent decades. The firm has handled some of the most significant civil-rights lawsuits in Denver and beyond, based on incidents such as the tragic jail deaths of Marvin Booker, Michael Marshall and Jeffrey Lillis, the in-custody rape of Alec Arapahoe, the police shooting of De'Von Bailey and countless others. Newman herself has handled many important cases, including one involving strip searches of mental patients at the Pueblo Regional Center, and was a key player in the development of police-reform legislation that became law in 2020.

Sources tell Westword that lawsuits filed against KLN by former clients are exceedingly rare — one was pressed by a person upset that KLN simply decided not to represent him — and the firm has yet to lose such a case.

Wartell says he has respect for KLN: "These are good lawyers. They've been doing this for a long time. They know their stuff." But if Newman and her colleagues didn't have McClain and Mosley sign conflict waivers — and he's confident they didn't (he's requested the documents and even shared the complaint 24 hours in advance, so that they could be produced, but hasn't seen them yet) — he thinks they made an extremely basic error.

"This isn't only standard," he says. "It's absolutely required. For lawyers, there are certain types of conflicts that aren't waivable: You can't represent two clients at the same time that have diametrically opposite goals. But there are also what we call waivable conflicts, which means there could be a conflict of interest, but the clients understand the nature of the conflict and knowingly, voluntarily consent to the law firm representing both of them. Here, I would suggest that this was not a waivable conflict, such that KLN should never have represented both the mom and the dad. But if it was a waivable conflict, there should be a written document, and it is not present in any of the materials KLN has provided me for the past year."

Wartell adds: "These are really simple rules, things that we learn in law school; it's not a gray area. This is an obvious conflict of interest, because they were telling Mom and Dad that the only outcome could be that they each get 50 percent of whatever the proceeds of any settlement were. And had my client been advised that this wasn't true, she would have said, 'Whoa. I'm the sole provider for this boy who's just been murdered. Dad has denied paternity, and the state ultimately made him take a paternity test, and he was ordered to pay child support that he never paid.' And had my client known everything, she never would have agreed to be represented by the same lawyer that was representing the deadbeat dad she had no relationship with."

The tensions between McClain and Mosley weren't exactly a secret. Last October, in a story headlined "Elijah McClain Lawsuit Settlement Complicated by Family Dynamics," Westword reported on a statement released on Sheneen McClain's behalf by Rathod Mohamedbhai. The remarks confirmed that a "settlement in principle" had been reached with Aurora, but added, "The court will now determine allocation of the proceeds between Ms. McClain, the parent who raised Elijah McClain by herself, and Lawayne Mosley, the absent biological father."

At that time, Newman offered this response on behalf of Mosley: "Nothing will bring back his son Elijah, who he loved dearly, but he is hopeful that this settlement with Aurora, and the criminal charges against the officers and medics who killed Elijah, will allow his family and the community to begin to heal."

Right now, healing seems a long way off. Click to read Sheneen McClain v. KLN and the March 10 settlement agreement.
KEEP WESTWORD FREE... Since we started Westword, it has been defined as the free, independent voice of Denver, and we'd like to keep it that way. With local media under siege, it's more important than ever for us to rally support behind funding our local journalism. You can help by participating in our "I Support" program, allowing us to keep offering readers access to our incisive coverage of local news, food and culture with no paywalls.
Make a one-time donation today for as little as $1.