Weather Forecasting Has Come a Long Way: Get Ready, Denver!

Snow is coming to Denver...but how much? Evan Semón
On Friday, March 2, 1990, a young, brash, confident meteorologist addressed the daily news editorial meeting at KCNC-TV (then “Colorado’s News Channel,” now “CBS4”) and stated that a blizzard would strike Colorado’s Front Range on Tuesday of the next week.

His declaration was met with skepticism bordering on pure disbelief. According to conventional wisdom, it was “impossible” to know Colorado’s weather more than one to two days in advance. Historically, that had been true: A young science, meteorology had been growing over the past century much like a puppy does from eight weeks to six months old.

Many of the essential physical and thermodynamic elements of weather were well understood during the first half of the twentieth century; the problem was how to “model” those behaviors into the future. The size of the atmosphere is mind-boggling. In just the lower parts, where most of our weather is formed, it’s roughly 854 million cubic miles in volume, moving at speeds up to 260 mph, all the while being very unevenly heated by the sun’s energy.

That’s where computers come in. To do all of the necessary calculations, computers needed to get faster and faster to more closely mimic the real complexity of weather. And modern supercomputers are kicking their computing power into high gear with the ability to do six petaflops: 6 x 1015 (that’s a 6 with 15 zeros next to it) calculations per second.

According to a study titled "Advances in Weather Prediction" published by the American Association for the Advancement of Science, a modern five-day forecast is as accurate as a one-day forecast was in 1980.
Back when our brash KCNC meteorologist made his “outrageous” forecast, the most detailed and accurate computer model was the Nested Grid Model (NGM). It was updated only two times per day, and the smallest weather feature it could detect was seventy square miles.

There are now several computer models available for human forecasters to use. They are more detailed and update way more frequently; for example, the High Resolution Rapid Refresh Model (HRRR) is updated hourly, with a grid size of 1.2 square miles. So in the “old days,” we had to forecast the Front Range with about 120 data points. Now forecasters have 7,000 data points.

Marty Coniglio
That’s not to say that you put everything on autopilot and let the computers do everything. Monday of this week, the Global Forecast System Model (GFS) was forecasting 65 inches of snow for downtown Denver for this upcoming storm. Remember, even as fast as computers are, the models used are still simplifications of how the real atmosphere works, so they have biases and make mistakes.

Forecasters knew that the GFS Monday forecast was batsh!t crazy and that the numbers would come down. At the same time, they knew a big storm was on the way — so they alerted everyone to make plans in their own lives to lessen the impact. Pretty damned good, having six days' advance notice of an approaching storm that people can have confidence in. As a society, we’ve come to expect it, at times forgetting the monumental calculations that go into even a modest snowstorm.

Sure, mistakes are made, forecasts are missed — but not many, and not by much.

This storm is expected to be impressive, even by March standards. The whole weekend won't be screwed, though. Most of Saturday will be cool but decent as the storm gets its act together. The big snow comes Saturday night through Sunday afternoon.

Forecasting is light years better now than even in the last couple of decades of the twentieth century.
\
click to enlarge

Marty Coniglio
By the way, that cocky young KCNC meteorologist was right.

Tuesday, March 6, 1990: A blizzard pummeled metro Denver. Snow fell at a rate of 2 to 3 inches an hour. Gusty north winds whipped the snow into 2- to 3-foot drifts by noon. During the afternoon many stores and schools closed.

By rush hour sustained winds of 35 to 46 mph and gusts to 58 mph reduced visibilities to near zero and whipped the new snow into 3- to 4-foot drifts. Many residential as well as secondary and primary roads became impassable. I-25 and I-70 were closed in and out of the city.

Road crews cleared drifts as high as 12 feet in southeast Boulder and northwest Adams counties. Several hundred rush-hour commuters, including the state's governor, were caught in the blizzard conditions along a 15-mile stretch of the Denver-Boulder turnpike.

Many remained snowbound in their vehicles up to 8 hours until rescued by police and the National Guard. The highway remained closed until mid-day on the 7th. Shelters for stranded commuters and travelers were opened in Broomfield and Castle Rock.

Many workers didn't even try to go home, but filled downtown hotels to near capacity. By early evening, Stapleton International Airport was shut down after an airliner with 82 passengers aboard skidded off a runway.
Snowfall totals for the storm varied from 18 to 50 inches in the foothills above 6 thousand feet, 9 to 24 inches west of I-25, and 2 to 12 inches over eastern metro Denver. Snowfall from the storm totaled 11.8 inches at Stapleton International Airport, where the maximum snow depth on the ground was 7 inches due to melting. 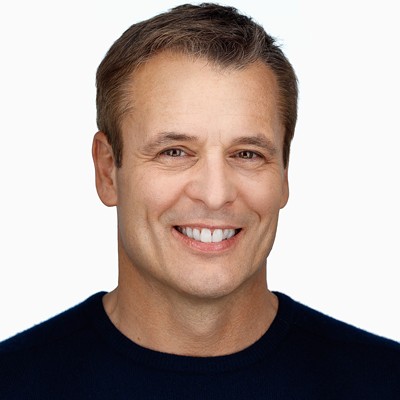 Meteorologist, musician, mutt lover, airplane pilot, man of the outdoors, Marty Coniglio has been a fixture in Denver media since the 1980s. One of very few news/weather anchors to work at the ABC, NBC and CBS affiliates in Denver, Marty has covered every major weather event in Colorado for a generation. He is currently focusing on expert weather analysis for legal cases and independent media projects.
Contact: Marty Coniglio