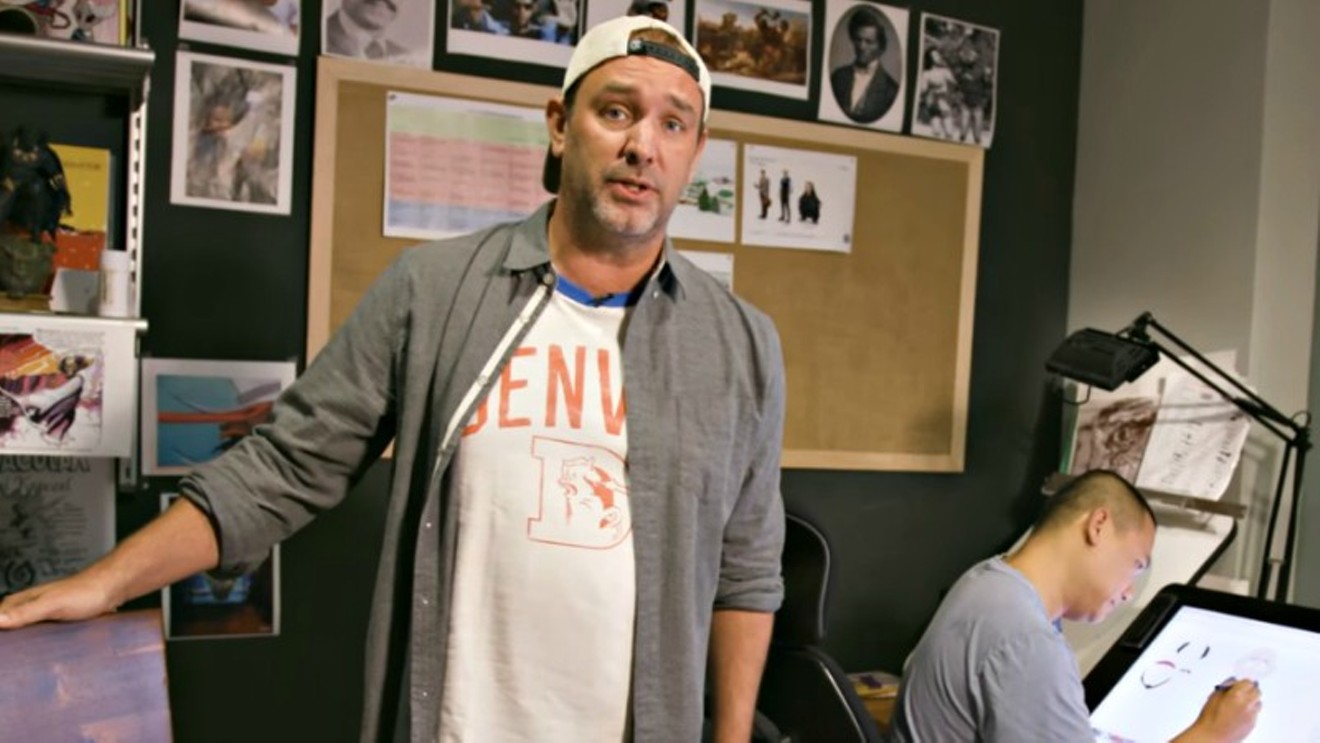 Trey Parker showing his Colorado pride in a video promoting a new South Park contest. YouTube
Colorado-bred South Park creators Trey Parker and Matt Stone are offering fans of the Comedy Central staple what Parker describes in a new video on view below as "eternal life" for as little as $10. Specifically, folks who donate at least a sawbuck to the charity NEXT for Autism will be entered into a contest to have a character based on them be drawn into the show as one of the townspeople that have appeared in the background of scenes for more than twenty years.

Westword has had a long and proud relationship with Parker and Stone, having published one of the first interviews with the pair four years before South Park's debut. "The Ultimate in Sound Bites," which first appeared in our April 21, 1993, issue caught Parker and Stone while they were University of Colorado Boulder film students trying to raise money to complete their first film, then called Alferd Packer: The Musical; better known as Cannibal: The Musical, it was ultimately released in 1996.

The twosome stopped by our former offices alongside cohorts Jason McHugh and Ian Hardin and proved to be just as joyfully anarchic as their subsequent reputation would suggest — particularly Parker, who was just 23 at the time but already had a finely tuned sensibility for bad taste. 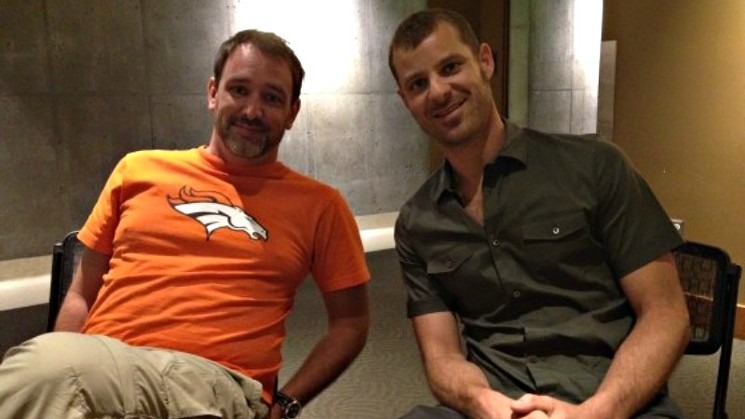 Trey Parker and Matt Stone during a visit to Denver in 2012.
Photo by Kelsey Whipple
Rather than trying to make a historically accurate film about Packer, who was convicted of killing and eating five men he’d been hired to guide through the Colorado mountains during the winter of 1874, Parker noted at the time that his story combined cannibalism and musical comedy. “It’s an ironic contradiction,” he said. “One minute, people are singing a song, and the next, it’s really violent and disgusting."

From such juxtapositions are legends born.

Nearly twenty years later, Parker and Stone joined us again while in Denver to launch their Tony-winning musical The Book of Mormon's Colorado debut. During the chat, Parker, who was born in Conifer, proudly rocked a Denver Broncos T-shirt , as seen above — and he sports more Broncos gear during the NEXT for Autism video.


The specifics of the contest are outlined on an omaze.com page headlined "Get Drawn Into an Episode of South Park and Meet Trey Parker and Matt Stone." The text notes that you "YOU WILL: Be immortalized in an episode of South Park and get drawn into the show as one of the townspeople; meet the show’s hilarious creators, Trey Parker and Matt Stone; visit the South Park studio, grab lunch and see how the show comes together; get flown out to LA and put up in a 4-star hotel (and you can bring a friend!)."

The minimum donation to enter is $10, and larger amounts are encouraged with assorted gift offers. Some of them are already sold out, including storyboard art, signed scripts, a collector's-edition video game and an outgoing voicemail recording by either Butters or Kenny — damn it! But at this writing, digital thank-you cards, South Park T-shirts and signed skateboards and snowboards are still available — and for just $20,000, you'll get the opportunity to be drawn into a photo of the program's iconic bus stop alongside the main characters.

In the meantime, here's to Parker for continuing to support the Broncos despite the team having the worst season in recent memory. That's an impressive example of Colorado pride.