War of Words Over Tay Anderson Accusations Not Over 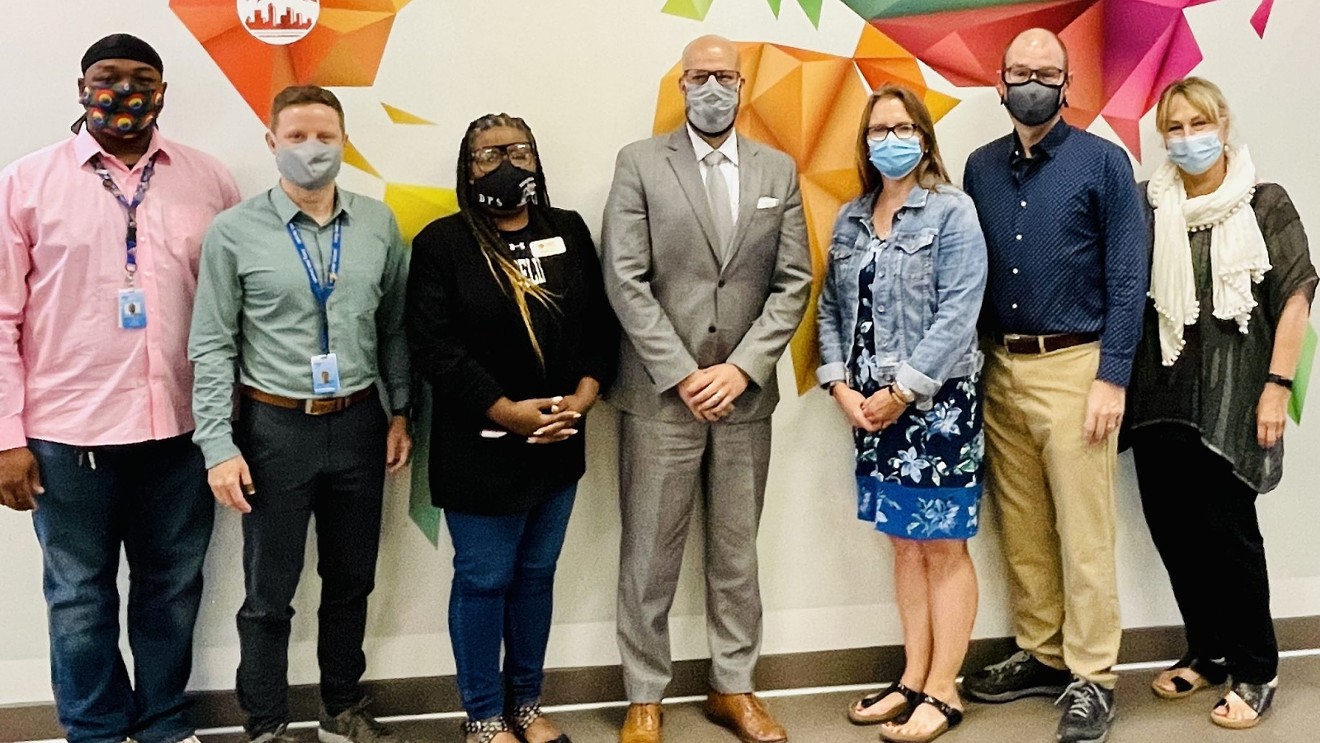 Tay Anderson, left, and the Denver School Board members who voted to censure him on September 17. Denver Public Schools Board of Education
Only the hopelessly naive could have thought the long-running controversy over sexual-assault allegations against Denver School Board member Tay Anderson would have been resolved by last week's report on the board-commissioned investigation, which failed to substantiate the most serious charges but chided him for poor social media etiquette, symbolized by a meme of Bugs Bunny at gunpoint telling Yosemite Sam, "Do it, bitch."

A student walkout in protest of Anderson is scheduled to take place at North High School this morning, September 20. And this evening, Anderson is slated to deliver a speech focused on unity, several days after he responded to being censured by his fellow boardmembers with a personal essay in which he drew comparisons between the nearly six-month ordeal he says he underwent and the false claims that led to the 1955 murder of Emmett Till.

On March 26, Black Lives Matter 5280 posted an assertion that Anderson had sexually assaulted an unidentified woman. Then on May 25, Denver Public Schools parent Mary-Katherine Brooks Fleming told the Colorado House judiciary committee that 61 high school students and one recent graduate had come to her the previous August with similar assertions against a person "in a position of trust," who was quickly assumed to be Anderson. Within days, the board hired Investigations Law Group to investigate, and Anderson announced that he would step back from most of his board duties during the inquiry. But in July, with the probe still ongoing, Anderson returned to the gig full-time while blasting the way both the boardmembers and the media had handled the matter.

The DPS board got its revenge after the $100,000-plus ILG analysis was made public. Its "Resolution of Public Censure," issued on Friday, September 17, reads:

WHEREAS, to preserve this confidence, the Board has committed to operate under the highest ethical standards; and

WHEREAS, earlier this year, the Board authorized Investigations Law Group (ILG) to conduct an independent investigation into allegations made against Director Tay Anderson; the Board received the report on September 13, 2021; and

WHEREAS, though the most grievous allegations were not substantiated, for the reasons outlined in Section 5 of the ILG Report, Director Anderson has not met the highest ethical standards of the Board in violation of Board Policy BC.

THEREFORE, IT IS RESOLVED that the Board of Education of Denver Public Schools hereby condemns the conduct of Director Anderson and adopts this resolution of public censure. District staff is directed to post a copy of this resolution in the manner and at the places used to post notice of meetings of this Board.

Board president Dr. Carrie Olson, who signed the resolution along with colleagues Jennifer Bacon, Angela Cobián, Scott Baldermann, Bradley Laurvick and Barbara O’Brien, also shared a plan to draft a code of conduct intended to prevent such abuses from happening in the future.

In the meantime, Anderson posted a jeremiad headlined "Is it 1955 or 2021?," in which he contended that "Mary Katherine Brooks Flemming [sic] is my Carolyn Bryant.... In 1955 a woman named Carolyn Bryant made false allegations against a Black boy named Emmett Till. We all know the devastating and tragic result of those false allegations. Because of the words of one white woman Emmett Till was brutally murdered, he was lynched. We also know that this same woman admitted to lying about what had transpired over 66 years ago." 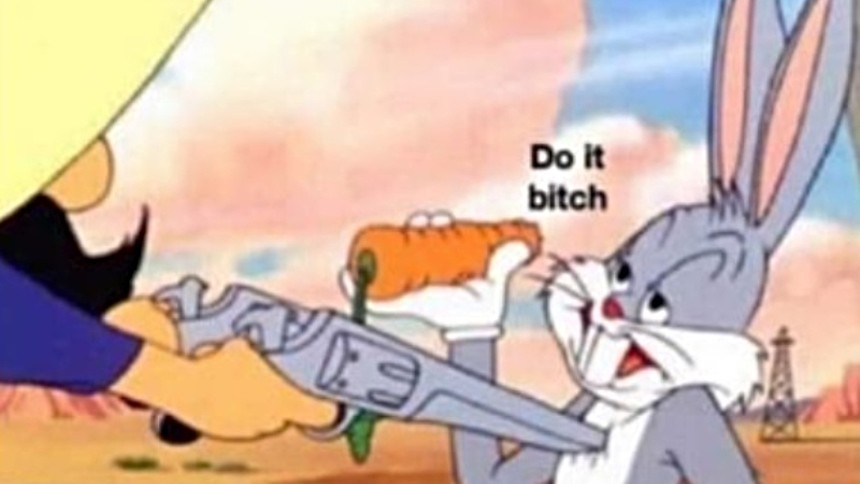 The notorious Bugs Bunny meme.
Investigations Law Group
In the piece, Anderson energetically asserts his innocence while rejecting the notion that his social media behavior crossed a line. He asserts that he only posted the Bugs Bunny image after receiving a profane text from a critic who'd been harassing him for two years, then took it down an hour later at the recommendation of his mother. "Who would've known I'd be the first School Board member to be censured over a cartoon meme?" he asks.

Nonetheless, Anderson has continued to be targeted by an unfriendly press, with today's Denver Gazette editorial pronouncing that "Tay Anderson has to go." And at 10 a.m., seventeen-year-old Ashley Robinson says she will lead a walkout at North High School, where she's a senior, to protest what she characterizes as "Anderson's misconduct." In a release, she says that that "anyone who is responsible for such concerning actions within or connected to learning environments that include children is far beyond unacceptable and should be removed.... The only way students will regain any sense of security is if Tay Anderson does the right thing and resigns from his position. The board must make this happen."

Asked about the protest, Anderson spokesperson Tiffany Caudill responds: "Director Anderson unequivocally supports the First Amendment and the right to protest, he has always been supportive of the voices of our students. The ILG report clearly stated that there was no evidence to substantiate the sexual-assault allegations that initially launched this investigation by the Denver School Board, and he is saddened that the media and the school board have perpetuated false narratives that have implied otherwise, resulting in our students feeling unsafe."

Caudill adds that Anderson "will be addressing the Denver Public Schools community at 6 p.m. at Brother Jeff’s Cultural Center," 2836 Welton Street. "The theme of his speech will be unifying a divided district, and he welcomes all students to come listen to his speech and begin a conversation in order to move forward with the difficult work of rebuilding trust with students."

The fallout continues.
KEEP WESTWORD FREE... Since we started Westword, it has been defined as the free, independent voice of Denver, and we'd like to keep it that way. With local media under siege, it's more important than ever for us to rally support behind funding our local journalism. You can help by participating in our "I Support" program, allowing us to keep offering readers access to our incisive coverage of local news, food and culture with no paywalls.
Make a one-time donation today for as little as $1.