The alleged "sexual assault" photo featuring Taylor Swift and Denver DJ David Mueller, seen with KYGO's Shannon Melcher, that was obtained by TMZ. TMZ
Update: The latest development in dueling lawsuits between former KYGO personality David Mueller and pop star Taylor Swift over an alleged butt-groping incident prior to a June 2013 concert at Denver's Pepsi Center involves a court fight over Swift's desire to use testimony from CU Boulder associate professor and gender studies expert Lorraine Bayard de Volo. According to a motion recently filed by the DJ's legal team, Bayard de Volo "intends to opine that Mr. Mueller had the profile of a person likely to sexually assault women."

In his lawsuit (which mentions Westword's inquiries into the matter), Mueller proclaimed his innocence and blamed Swift's accusations for his loss of a $150,000-per-year gig at KYGO. Swift countersued, maintaining that Mueller "took his hand and put it up my dress and grabbed onto my ass cheek."

After being petitioned by attorneys representing both Mueller and Swift, a judge refused to release a photo of the pair that was thought to show the moment in question — but TMZ got hold of a copy anyhow, as seen at the top of this post.

Swift's defenders immediately seized on the image as proof that Mueller was guilty. But during an appearance late last year on Mojo in the Morning, a Detroit radio program, Mueller proclaimed his innocence. While he acknowledged that he did touch Swift while posing for the photo, he portrayed the contact as innocent — and he passionately denied reaching under the skirt and clutching her behind.

"My right hand — I'm looking at the photographer and I'm trying to, you know, get my right hand behind Taylor," Mueller said. "Because Shannon [Melcher, his onetime KYGO co-host] was on the other side of Taylor, okay? My other hand, I think, was on my belt or on my pocket — my left hand. So my right hand, I've got my hand down and my palm closed and I reach behind toward Taylor. Our hands touched and our arms crossed. That's all I remember."

Swift during her June 2013 performance at the Pepsi Center.
Photo by Eric Gruneisen
In his view, being publicly condemned by Swift "is actually the worst possible scenario for me, because if I was arrested, I would have my day in court. You're innocent until proven guilty. I would have a chance to defend myself in criminal court. I never got a chance to defend myself. I never got my day in court. My program director never came to my assistance at the arena that night. The police never showed up. I didn't know what to do."

These comments underscore Mueller's fear that the Swift accusations make him look like a deviant — a theme that also resounds through the aforementioned filing, "Plaintiff's Motion to Exclude Testimony of Lorraine Bayard de Volo." One section quotes a written report from Bayard de Volo. Here's an excerpt:


Sexual harassment and assault are fundamentally motivated by the perpetrator's perceived need to assert power and to protect the perpetrator's status. Throughout David Mueller's pleadings in this lawsuit and his deposition testimony, he indicated that even before he met Ms. Swift, he felt his job security was threatened, his identity as a radio personality was threatened, and his masculinity was threatened. This perfect storm of threats to Mr. Mueller's perceived status is consistent with the well-settled, academically accepted, perceived threats to status that motivate a man to commit sexual harassment or assault.

On her CU Boulder profile page, Bayard de Volo, who joined the institution's faculty in 2006, is described as having interests in areas that include "gender as it interacts with and informs war, revolution, political violence and social movements. Her regional area of specialization is Latin America, and she has done fieldwork in Cuba, Colombia, Mexico (Chiapas), and Nicaragua." 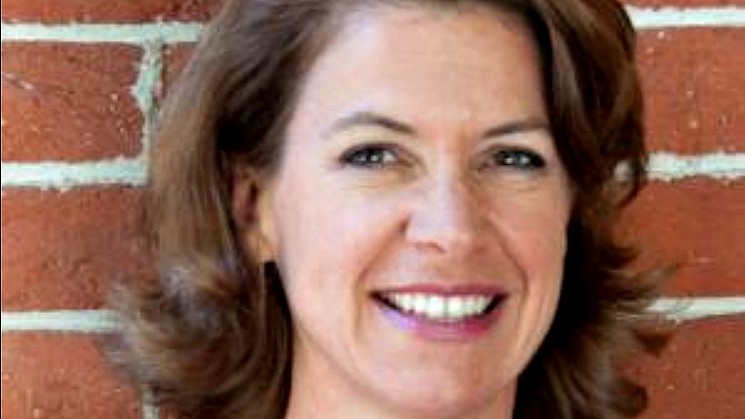 CU Boulder associate professor Lorraine Bayard de Volo.
colorado.edu
Another major Bayard de Volo work is “I Wish All the Ladies Were Holes in the Road," subtitled "The US Air Force Academy and the Gendered Continuum of Violence." Here's a summary of that piece, which delves into the 2003 sex scandal at the Academy detailed in the award-winning Westword feature article "The War Within":

In 2003, sixty-one women cadets reported sexual assault at the US Air Force Academy, prompting intense media scrutiny and congressional inquiry. The literature on these assaults draws primarily from media and military reports and surveys, with little attention to the daily, lived experience comprising the problematic gender climate. To address this gap, we employ retrospective participant observation spanning the 2003 crisis to explore the everyday gendered interactions and institutional structure that sustained the rape-prone environment. This study makes two primary contributions to the literature. First, we amend Philippe Bourgois’s continuum of violence to include militarization in order to detail more effectively the contribution of quotidian sexual harassment to a rape-prone culture. Second, we identify institutional features — adversative education, unit cohesion, and assessment — as key contributors to sexual harassment and assault and as contributors to victims’ reluctance to report these offenses. Our findings suggest the need for greater scrutiny of sexual harassment as well as intervention into problematic institutional features. We submit the gendered continuum of violence as a powerful analytical tool for feminist research with applications beyond the military, providing new insights into the resilience of gendered harassment and assault but also suggesting new avenues for change.

The Mueller motion chafes at any attempt to equate his actions at the Pepsi Center four years ago with such matters.

The document's conclusion reads: "Ms. Bayard de Volo's opinion that men who are worried about their jobs or receive threats to their masculinity are likely to commit sexual harassment or assault will not assist the trier of fact. There are millions of men who worry about their jobs or receive threats to their masculinity every day and who never sexually harass or assault women. In other words, with the group described by Ms. Bayard de Volo, there are at least as many men who have not or would not [inappropriately] touch a woman. Moreover, any potential relevance, however slight that may be, is most certainly outweighed by the danger of unfair prejudice. Defendants cannot reasonably ask the judge to adjudge Mr. Mueller 'guilty' of sexual assault based on the profile of some men who have had — very generally and vaguely — similar life experiences, rather than on the evidence of what actually occurred between Mr. Mueller and Ms. Swift."

At this writing, there has been no ruling on the document. Click to read the motion to dismiss Bayard de Volo's testimony.