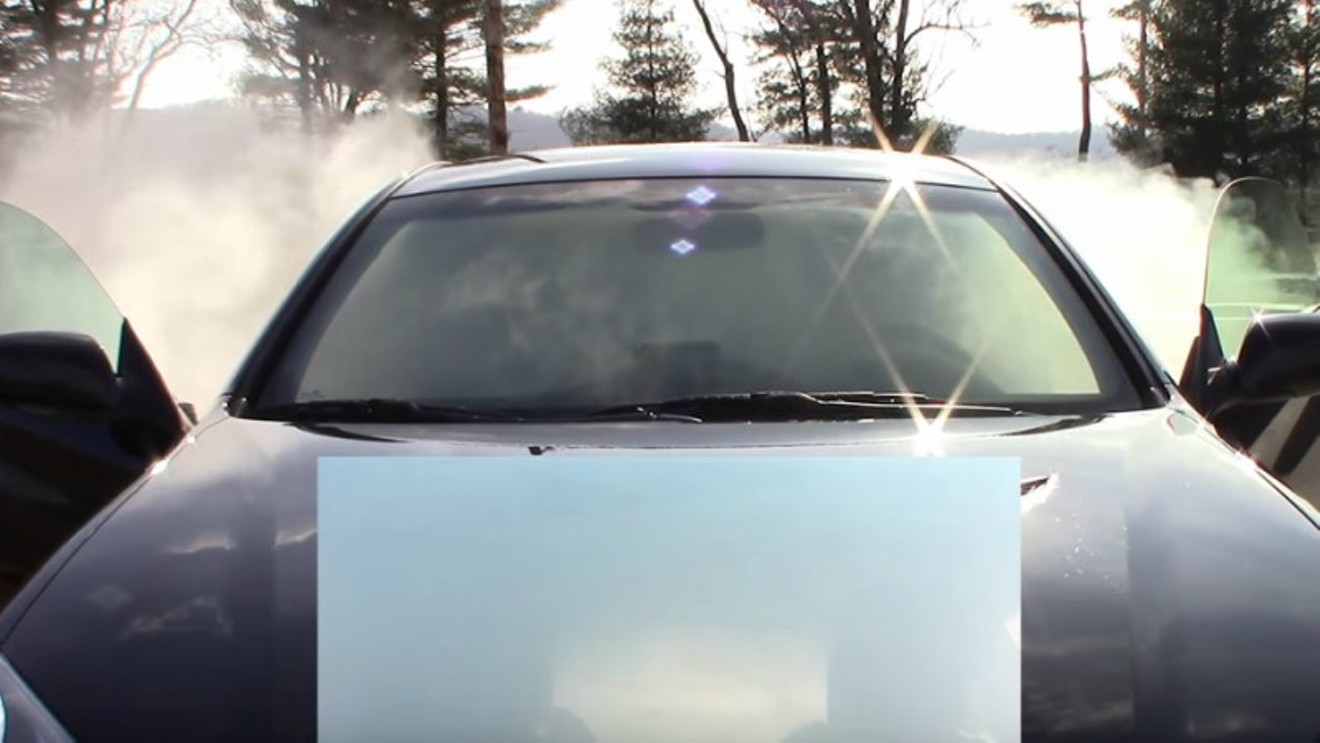 YouTube
You're sitting at a red light, and while you're waiting, the driver of the car in front of you gaps the ride's window, releasing an enormous vape cloud.

This kind of occurrence has become commonplace in Denver over the past few years, and most of us immediately assume that the person behind the wheel is vaping marijuana despite repeated warnings from law enforcement and pro-cannabis organizations alike that driving under the influence of cannabis is a terrible idea.

But even if Denver police officers reach the same conclusion, they're not legally able to pull over the driver in question unless he or she has done something else wrong.

Why not? Sergeant John White, a public information officer for the Denver Police Department, says an officer who spots a vape cloud rolling out of a vehicle can't immediately tell if the driver is vaping cannabis or tobacco.

"It would be very difficult to determine visually," he notes.

On the other hand, such a cloud might make an officer watch the driver more carefully. But White stresses that "the primary reason for the stop would have to be the officer's identification of the individual operating the vehicle in a reckless or careless manner. That would be the ultimate reason for the contact."

So blow a vape cloud near a cop at your own risk — and make sure that as you drive away, you do it as safely as if you were vaping tobacco.

Which is what you're doing, right?
KEEP WESTWORD FREE... Since we started Westword, it has been defined as the free, independent voice of Denver, and we'd like to keep it that way. With local media under siege, it's more important than ever for us to rally support behind funding our local journalism. You can help by participating in our "I Support" program, allowing us to keep offering readers access to our incisive coverage of local news, food and culture with no paywalls.
Make a one-time donation today for as little as $1.