Why Denver Home Prices Are So High in Allegedly Overvalued Market 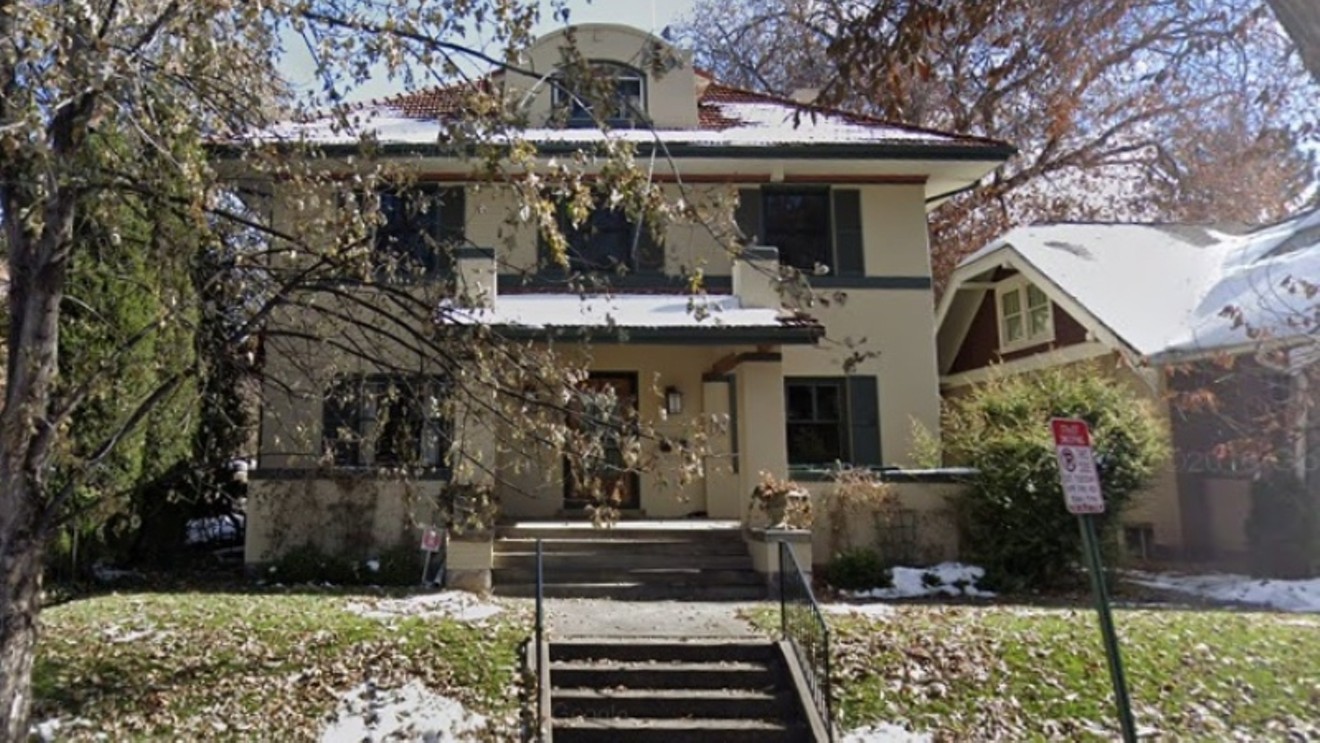 Victoria Macaskill lists this five-bedroom, three-bathroom home at 780 Franklin Street for $950,000. Google Maps
A new report contends that home prices in the Denver metro area are among the most overvalued in the country, and predicts they'll decline nearly 10 percent by the spring of 2021. Yet right now, local housing costs remain high, despite the economic impact of COVID-19.

To make sense of this seeming contradiction, we reached out to Victoria Macaskill, an independent broker and co-owner with husband Mike Unruh of Denver Homes, as well as a keen observer of the local market (see her spot-on 2019 commentary in "What's Not Getting Reported About Denver Real Estate").

In mid-April, Macaskill noted that the pandemic hadn't yet lowered prices in metro Denver, and the crazy start to renewed showings near the end of that month confirmed that plenty of interested buyers remained — and that's still the case. "I think we have this perfect storm of strong demand and decreased inventory," she says, with that decreased inventory the result of sellers "who may be concerned about COVID-19 exposure and who don't have to sell. They're choosing to wait because there's no need to put themselves at risk."

At the same time, though, Macaskill doesn't dismiss the theory that Denver homes are overvalued — particularly those in the luxury category. But based on current conditions, "I would be surprised if prices fell by as much as predicted" by the first half of next year.

The study Macaskill cites was conducted by California-based CoreLogic, which calculates the Home Price Index, or HPI, for markets across the country, including the metropolitan sector that encompasses Denver, Aurora and Lakewood. While the report's authors acknowledge that Denver home prices are still on the rise overall, they expect that to reverse in a big way over the coming months.

According to an HPI percentage change forecast through May 2021 for ten major metropolitan areas across the country, prices in the Mile High market were up 3.8 percent this past May over those at the same time last year. But by next May, they're expected to dip by 9.0 percent. That's the third-highest decline among ten select metro areas, behind only Las Vegas and Boston.

The anticipated Denver slide also outpaces one the report anticipates for the country at large. The CoreLogic study predicts that 125 metro areas in the U.S. face at least a 75 percent probability of a price decline by 2021, and the nationwide falloff is expected to be 6.6 percent, on average.

Macaskill, too, expects to see what she refers to as a "market adjustment" in Denver, but she thinks it could be delayed by as much as a year because of "forbearance options, which are options that are made available to homeowners if they can't pay their mortgage due to a job loss. Every loan servicer has different conditions, so it's not the same across the board; some banks offer three months, others go up to twelve months. But in most cases, there's an option for the homeowner to delay making home payments and not go into foreclosure until the forbearance period is over — and at the end of the forbearance period, those payments are tacked onto their mortgage or the entire lump sum is due."

Under this scenario, new housing inventory may begin trickling into the Denver market later this year, with a potential flood coming in 2021 — and that could reverse the current situation, in which there are more interested buyers than homes available. In addition, Macaskill notes, "our wages don't support where our housing prices are going. So I think we're going to reach a critical-mass point, where I think the market is going to have to slow down."

This scenario will most affect homes on the block at more than $750,000, Macaskill believes. "It's going to be very price-point dependent," she predicts. "Over $750,000, the market is still brisk right now, but we're already seeing a little more of an effect — and the inventory available at more than $1 million is the highest of them all. But below $750,000, the market has been largely unaffected, because of low interest rates and pent-up demand from people who've been stuck at home in quarantine and are ready to make a change."

The greatest demand is for homes priced at under $500,000, a section of the market "that's really tough right now," she continues. "The lack of inventory is really driving up prices. It's difficult to schedule showings, because they won't let them overlap," she notes, with COVID-19 guidelines allowing for only private showings, no open houses. "So the first day could be entirely blacked out, and that puts a lot of stress and pressure on buyers. Things have gotten really competitive, and we're seeing multiple bids again and homes going for above the asking price. The lower the price point, the more competitive it is."

For these reasons, Macaskill encourages buyers to "be patient," but also realistic, since she doesn't expect anywhere close to a 9 percent drop in the prices for Denver-area homes that cost less than $750,000 by next spring.

Not that she's absolutely certain about what will happen, given the extraordinary circumstances created by the novel coronavirus. "We're not seeing a typical reaction to these economic distortions," she acknowledges. "Things are somewhat skewed because what we're seeing in the market isn't reflecting the broader economy. When you look at the unemployment numbers, you think there should be some trickle-down effect in housing. But we're just not seeing that here right now."
KEEP WESTWORD FREE... Since we started Westword, it has been defined as the free, independent voice of Denver, and we'd like to keep it that way. With local media under siege, it's more important than ever for us to rally support behind funding our local journalism. You can help by participating in our "I Support" program, allowing us to keep offering readers access to our incisive coverage of local news, food and culture with no paywalls.
Make a one-time donation today for as little as $1.