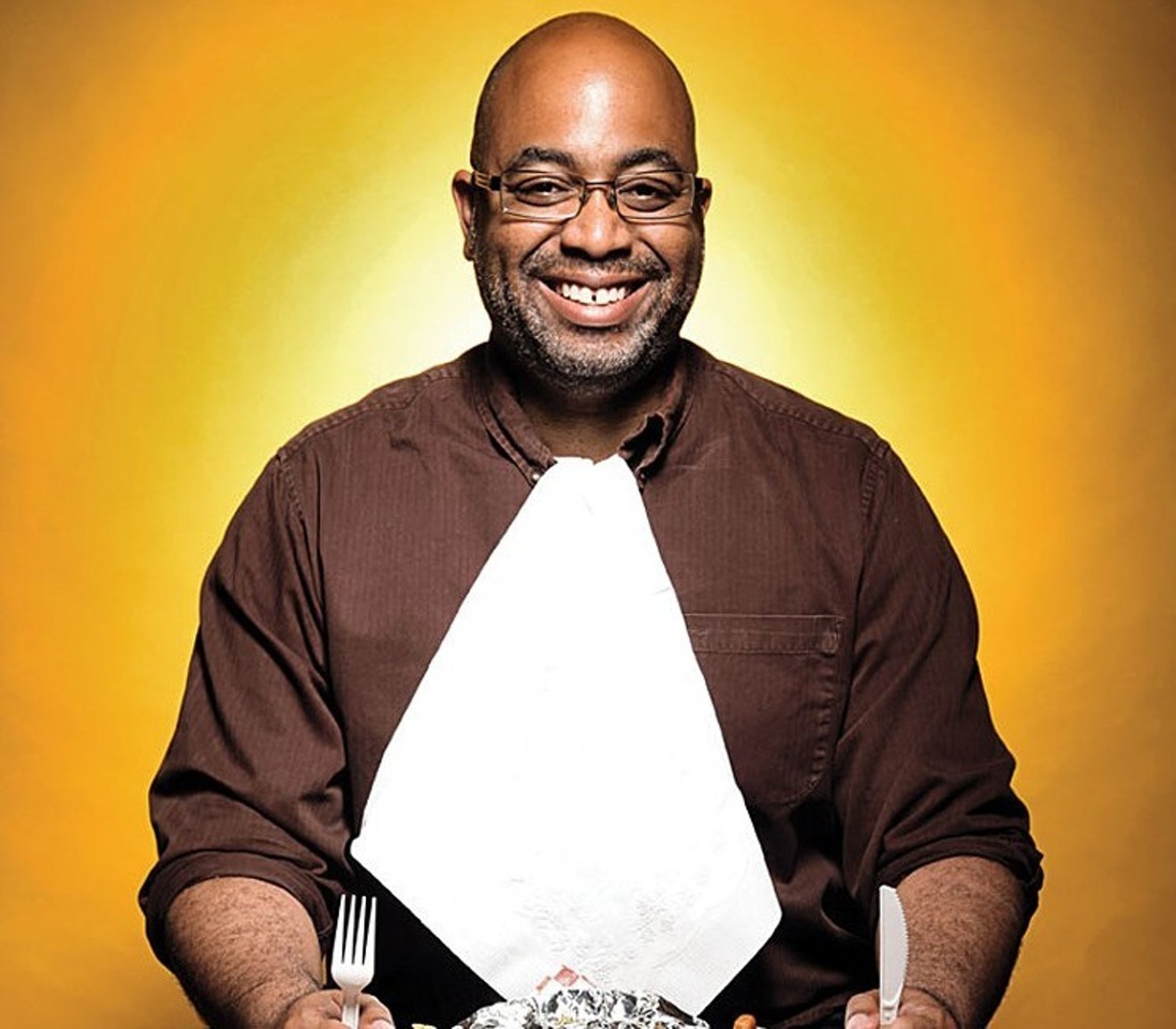 Adrian Miller just dished up another award-winner. Anthony Camera
Denver may not have the country's most renowned barbecue scene, but Adrian Miller's Black Smoke: African Americans and the United States of Barbecue just smoked the Reference, History, and Scholarship category in the James Beard Foundation Book Awards.

The Denver-based Miller is the executive director of the Colorado Council of Churches, an attorney, certified barbecue judge and, not incidentally, a food writer. His first book, Soul Food: The Surprising Story of an American Cuisine, One Plate at a Time, won a James Beard Award in the same category in 2014. And he was on hand at the 2022 June 11 announcement ceremony in Chicago, wearing his father's hat from the '70s and a big smile.

"I'm thrilled that the James Beard Foundation honored me with this award," he says. "I have had so much fun sharing the stories of those Black barbecue cooks who did so much to shape barbecue culture in this country."

Colorado only has one restaurant finalist: the Little Nell in Aspen, for Outstanding Wine Program, an award it's won three times before, in 2000, 2014 and 2018.

And once back in Denver, where will Miller be eating his barbecue? "I don't have a clear favorite barbecue place in Denver right now," he explains, "because I really love specific menu items at different places, like the chicken wings at GQue, the pulled pork at Rolling Smoke, the lamb and bison at Roaming Buffalo BBQ, the salmon at Smok, and the ribs at Plates by the Pound BBQ."

They all sound like winners...like Adrian Miller himself.
KEEP WESTWORD FREE... Since we started Westword, it has been defined as the free, independent voice of Denver, and we'd like to keep it that way. With local media under siege, it's more important than ever for us to rally support behind funding our local journalism. You can help by participating in our "I Support" program, allowing us to keep offering readers access to our incisive coverage of local news, food and culture with no paywalls.
Make a one-time donation today for as little as $1.