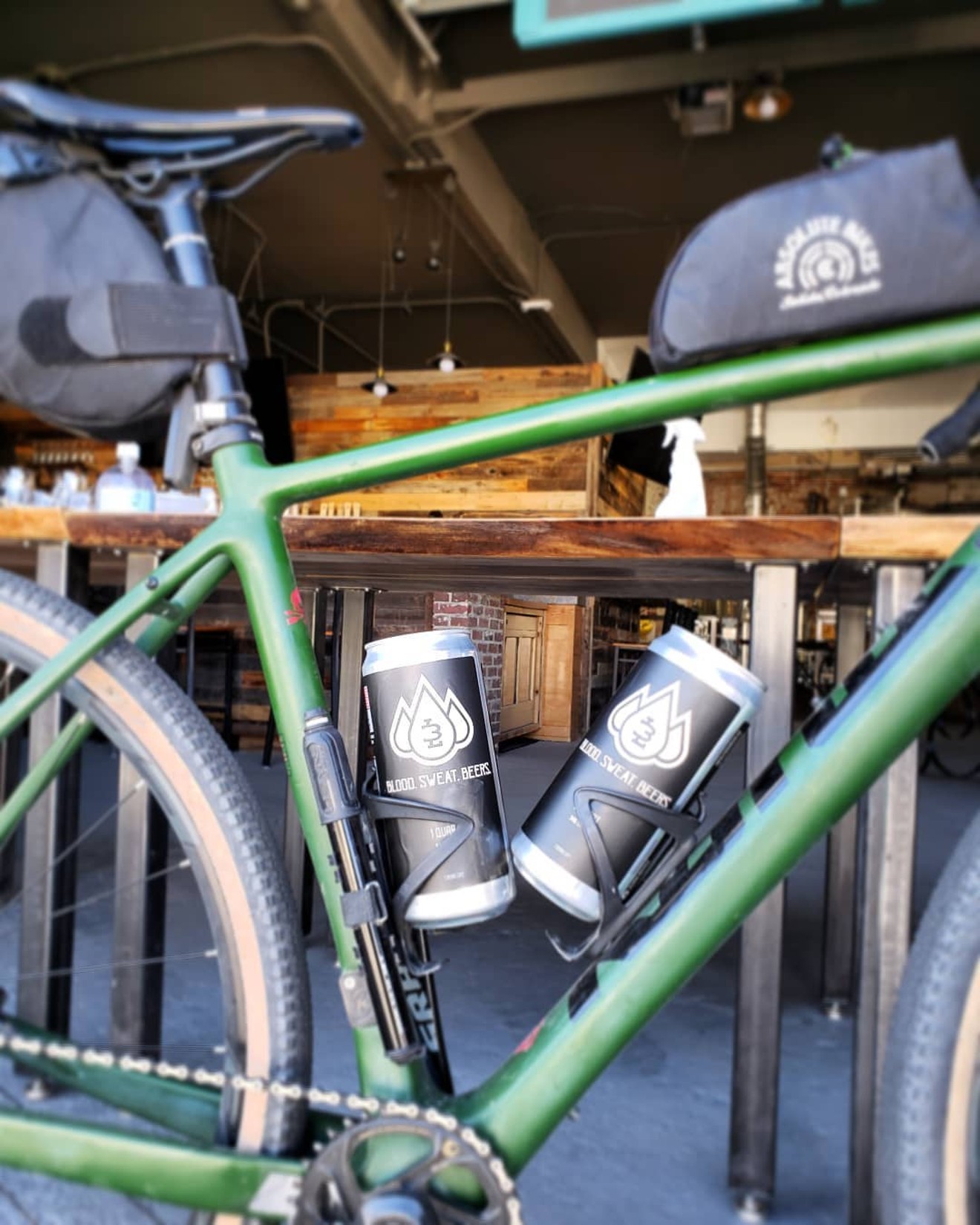 A new addition to the valley, Tres Litros is brewing up some good beers. Tres Litros Beer Company
The Upper Arkansas River Valley is known as an adventurer's paradise. From summer hiking along several fourteeners to world-class rapids, epic mountain bike and 4x4 trails, the options feel limitless. The fun doesn't stop in the winter, either, with ski and snowboarding ranging from gritty backcountry trails to one of the most underrated and still small-town-feeling ski resorts, Monarch Mountain. The beer scene is surprisingly diverse, too: Rarely do you see so many breweries offering such a wide array of styles, and doing a damn good job of brewing them. Most of these stops will also offer quality food to match, so don't sleep on a bite while you're sipping suds on the patio in the sun or putting a pint back during winter in the comforting heat of the taproom. Soulcraft Brewing in Salida makes a wide array of delicious beer.
Will Dozier

Situated at the base of Tenderfoot Mountain (more commonly known as S Mountain, for the prominent "S" on the face) and next to the Arkansas River, Salida is a mix of homey downtown and mountain living. There are plenty of amenities, and the town has done a great job of keeping unique small businesses flourishing in and around the downtown area, with big-box stores situated on the outskirts. Salida is also the most dense brewery-laden town in the valley. Its four breweries can make for a fun beer crawl, and there is no shortage of food options, either. Any mention of breweries and Salida has to include the Brewer's Rendezvous, an annual festival put on by the Colorado Brewers Guild that usually takes place in July and has become a cult favorite among brewers and other industry professionals.

Moonlight Pizza & Brewpub
242 F Street
Moonlight may embody the mountain town spirit the most out of all the breweries in the valley. It has a small-batch brewing system cranking out what usually amounts to at least a dozen different beers on tap and pies made on a flavorful housemade, chewy crust. The lively outdoor patio is a great people-watching spot, plus this brewpub has a certain fun attitude about it — a mountain vibe with a unique personality.

Soulcraft Brewing
248 West Rainbow Boulevard
Soulcraft is an upstart from former Amicas brewer Mike LaCroix. Situated on busy Highway 50, along a mix of businesses ranging from restaurants to service-oriented stops to gift shops, the taproom is spacious, with a roughly equal outdoor patio to match. There are also on-site and guest food trucks that fill the need for food throughout the week. A recent visit to Soulcraft was a pleasant treat for the tastebuds, with the Mexican Amber standing out as a clean, balanced beer with a great mouthfeel and a dry finish. The X-Ray IPA was another notable beer; it's a West Coast IPA that's bitter and dry but with a great variety of flavor from several hops new and old.

Tres Litros Beer Company
118 North E Street
Tres Litros is a newer addition to the ever-growing Salida beer scene. Situated about a football field's length from the Arkansas River and just blocks from downtown Salida, the brewery is in a prime location, and the crowds that gather during the busy times really reflect that. The beer list is solid across the board, with the IPA game standing out the most.

Amicas Pizza, Microbrews & More
127 F Street
Amicas no longer brews its own beer, and hasn't since a short location move about five years ago. However, it's a fixture in Salida and has been for years, serving excellent pizza alongside a tap list that includes many local breweries as well as some house-labeled beers made by Soulcraft. 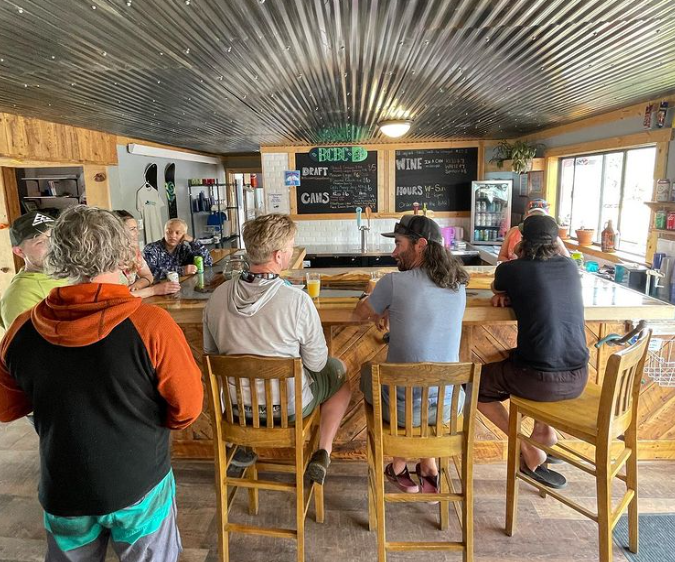 Buena Vista — or BV, as many call it — is right off highway 285 and, by default, is the closest major town for most visitors coming into the valley from the Front Range. While one of the best beer bars you'll find anywhere, Jailhouse, remains closed, there are more than a handful of fantastic restaurants, a nice distillery in Deerhammer, and plenty of shops to visit in this quaint town. Main Street is quite walkable, and there are plenty of outdoor activities nearby. Farther down the road, South Main is a newer area, just blocks away from the historic downtown, where new shops, townhouses, restaurants — including Eddyline's eatery — and more line the street.

Browns Canyon Brewing Company
23850 U.S. Highway 285
While technically in Buena Vista, this brewery is located off the highway, six miles south of downtown, just outside of the small town of Nathrop. Located on the grounds of the Rocky Mountain Outdoor Center, Browns Canyon is a place for adventurers to unwind after a day outside. RMOC provides guided water, mountain and snow-sport tours and safety training while also running a free mountain-bike park, named Junk Yard, on the premises. There's a chef-driven food truck permanently installed on site, as well. The house beers are made down the road in Poncha Springs at Elevation, and the high quality reflects that. Future plans include an expansion for an on-site small-batch brew system, among other additions.

Eddyline Brewing Company Taproom
102 Linderman Avenue
Opened in 2009, Eddyline has long been a staple in the valley. With a taproom and a restaurant located within a mile of each other, there is always plenty of Eddyline to go around in BV. The restaurant boasts a large selection of food, with barbecue being a particular local favorite. Crank Yanker IPA is perhaps its best known beer, a solid IPA clocking in at 7 percent ABV that resonates with drinkers throughout the valley and along the Front Range. 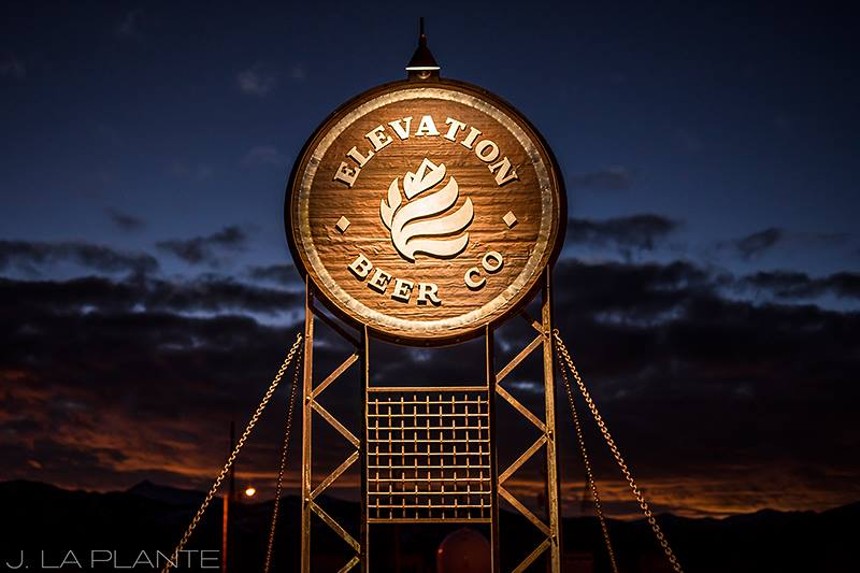 This small town of just over 1,000 is situated where Highway 285 and Highway 50 cross. You can head south to Alamosa, or west to Monarch Ski Resort, Gunnison and beyond. While tiny in population, the town boasts a couple of good restaurants, a well-stocked grocery and hardware store and a fantastic brewery.

Elevation Beer Company
115 Pahlone Parkway
Elevation Beer Company is a real gem in the valley. With plenty of good beer to go around, Elevation manages to stand out in an ever-growing field of breweries. From clean, crisp pilsners to special barrel-aged farmhouse ales, Elevation has a broad array of expertly executed beers to choose from any time you stop in. Some of the best bar seats you'll find anywhere welcome you into the cozy taproom, while the expansive beer garden is the place to be when the sun is shining. Elevation is a can't-miss brewery if you're ever in the valley, and that is especially true if you happen to be passing through, as Poncha Springs is the gateway to farther destinations like Crested Butte, Gunnison and Montrose.
KEEP WESTWORD FREE... Since we started Westword, it has been defined as the free, independent voice of Denver, and we'd like to keep it that way. With local media under siege, it's more important than ever for us to rally support behind funding our local journalism. You can help by participating in our "I Support" program, allowing us to keep offering readers access to our incisive coverage of local news, food and culture with no paywalls.
Make a one-time donation today for as little as $1.