Will Casa Bonita Ever Reopen? 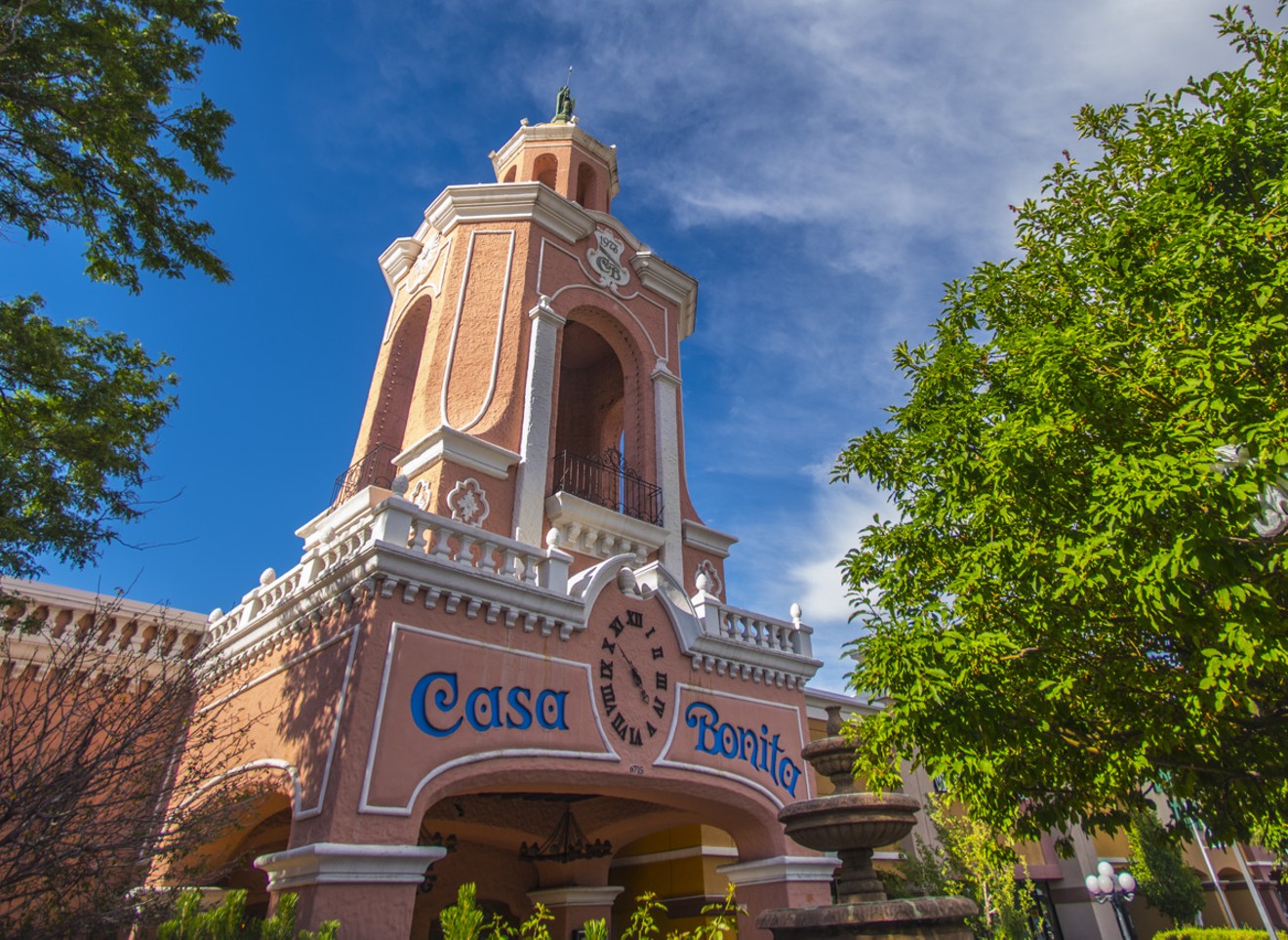 In case you're new to town, this is Casa Bonita. Evan Semón
Six months ago, on March 5, Colorado registered its first positive COVID-19 case. Within two weeks, Governor Jared Polis ordered all Colorado restaurants closed to in-house dining, allowing only to-go and delivery; many opted to skip those options and instead stay closed along with their dining rooms.

But even after the state allowed limited on-premises dining to return on May 26, some restaurants remain closed, with no indication of when they might reopen. The biggest name in this group belongs to a sprawling Mexican restaurant in Lakewood that's normally packed with youngsters, kitsch lovers and tourists at this time of year.

Casa Bonita, the big pink palace at 6715 West Colfax Avenue, remains shuttered. Star Buffet, the mysterious parent company of Casa Bonita, is not taking calls. Will we ever again experience the cliff divers, the grottos, the sopaipillas and the bland enchiladas? Considering that the kitschy theme park of a restaurant, the forerunner of the eatertainment experience, can seat more people than some sports stadiums, staying closed until there's a COVID-19 vaccine might make sense. Still, the current silence seems almost as weird as Casa Bonita itself.

The phone has not been disconnected, and the website states little more than "It works!" but has not been shut down. In the absence of any official information, folks on social media are posting fake reviews or updating old ones, including this Yelp item posted on August 29:

Oh my God. After reading the reviews and hearing from friends, I had very low expectations of this place and they still failed to meet them. Not even the atmosphere redeems it. Twice I almost bailed and only stayed because it was a group thing.

And the shows...way over rated. The "cliff diver" is just a bored college kid doing dives off a platform. I can't say anything about the other shows because of the 2.5 hours were there, we didn't see them. To be fair, we were seated in the "good" section of the cave, the half that didn't smell like mildew. Maybe it's been a good run, but the place needs to be torn down.

Casa Bonita has been thrilling youngsters and serving their parents margaritas for far longer than Yelp — or the Internet itself — has been around. The fun started back in 1974, when there was also a Casa Bonita in Tulsa, Oklahoma. And up until March, nostalgic Tulsa residents would often make the West Colfax eatery a stop when visiting Colorado. 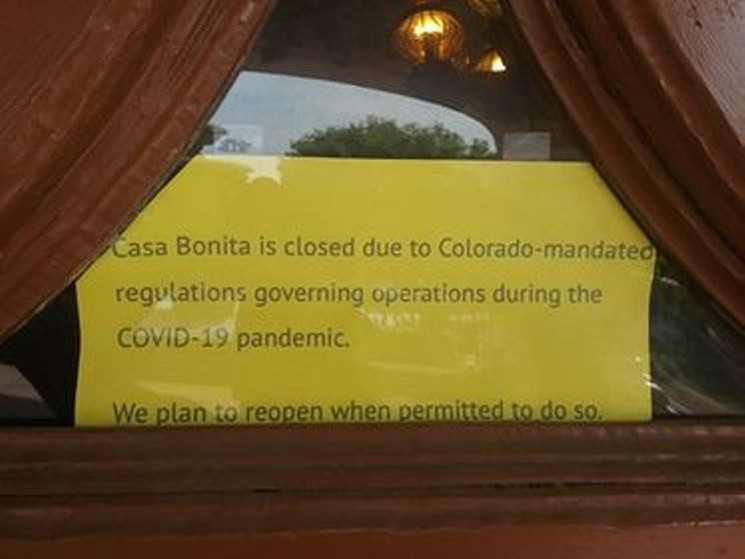 A sign in the window gives us hope that Casa Bonita will one day welcome back packs of marauding toddlers and their parents.
Westword
Denver artist and filmmaker Andrew Novick clocked his 300th visit to Casa Bonita back in 2019 — a conservative estimate because he only started counting as an adult. "I’ve been going there my whole life,” Novick said at the time. “My brother and I had some birthdays there and went as kids. I don’t have a specific recollection of why I liked it, what I liked about Black Bart’s Cave — I just knew I liked it.”

In 2015, Casa Bonita was given landmark status from the Lakewood Historical Society, which pointed out that the restaurant had earned the honor as much for its contribution to the community — it traditionally hired up to 300 employees at the height of the summer season — as for its architecture, which mimics the classic California mission style.

A representative of the City of Lakewood says that the city's economic-development team has been in touch with Casa Bonita's owners every five weeks or so, and that the city has received no notice that the restaurant is permanently closed. In fact, Casa Bonita continues to file its required sales tax returns — on which the sales remain stuck at zero.

Could one of Denver's longest-standing — and most entertaining — family dining institutions be gone for good after some 45 years in business? One tiny piece of information gives us faith in an eventual return: a small sign in the window that reads "Casa Bonita is closed due to Colorado-mandated governing operations during the COVID-19 pandemic. We plan to reopen when permitted to do so."
KEEP WESTWORD FREE... Since we started Westword, it has been defined as the free, independent voice of Denver, and we'd like to keep it that way. With local media under siege, it's more important than ever for us to rally support behind funding our local journalism. You can help by participating in our "I Support" program, allowing us to keep offering readers access to our incisive coverage of local news, food and culture with no paywalls.
Make a one-time donation today for as little as $1.