Denver Hosted the CoffeeChamps Competition — Here's How We Did 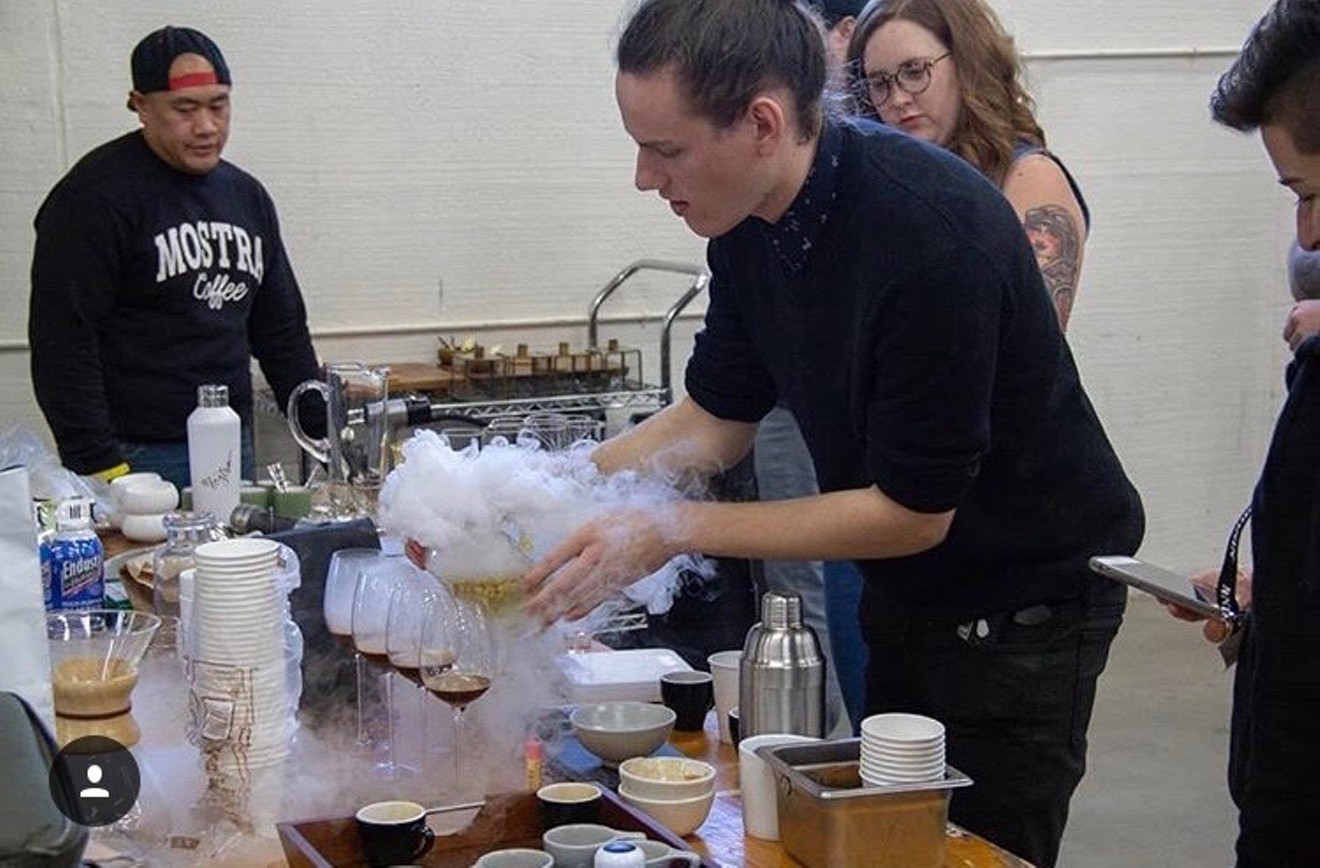 Sam Neely competes for the top spot as barista at the CoffeeChamps competition earlier this month. @thebxbarista
Caffeine and competition make for an intense event. Earlier this month, Denver hosted the CoffeeChamps Competition, organized by the Specialty Coffee Association (SCA). One hundred eighty participants from around the country competed for the top spots in five categories: barista, brewer, coffee in good spirits, cup taster and roaster. Those who received the highest rankings move on to the U.S. Coffee Championship, set to take place this coming March in Kansas City, Missouri.

"Denver was chosen for its strong coffee scene. It has local coffee community groups, as well, which goes to show the strength in the community," says Melissa McGuinness, senior manager of U.S. coffee competitions for the SCA. "The all-around craft scene is very strong, as well."

Courtesy CSA
More than thirty coffee professionals from Colorado roasters and coffee shops competed. Among those recognized for their excellence include Sam Neely, of Switchback Roasters in Colorado Springs, who placed first out of 55 in the barista competition.

Baristas had ten minutes to show their skills and concoct a signature drink. Neely mixed four shots of espresso with lemongrass simple syrup, separated milk and carbonated blackberry reduction, then shook everything with whiskey and rocks before pouring the blend into wine glasses and topping with jasmine dry-ice fog. Neely says practice helped make perfect. "In the buildup to the competition, it really begins to feel like you're working two full-time jobs," Neely says. "But at least they both revolve around coffee."

Prior to the competition, those competing as roasters were shipped twenty pounds of the same green coffee. In the end, just two pounds of roasted coffee make it to the judges. Denver's own Huckleberry roaster Shelby Williamson placed second out of 36.

Finalists in the Brewers Cup will advance to the U.S. finals next March.
Courtesy CSA
"A lot of the roasting competition is done in the confines of a warehouse, so the actual roasting part of the competition isn't much of a spectator sport," she says. "I did small batches, which meant a total of 21 roasts. It was a lot of time spent roasting and cupping and analyzing roast curves, [and] making educated guesses to shape roast curves." In the end, her dedication paid off and allowed her to advance to the finals. Coloradan Leo Sideras, who entered the competition as an independent, also scored high enough to advance.

Participants from Denver took five of the top ten spots in the Cup Tasters competition. This challenged competitors to test their sensory skills by tasting six sets that contained three coffees each — two identical and one different. The person with the most correct answers in the shortest amount of time won, and Sebastian Legner of Copper Door did just that, the only person out of 48 to correctly identify all six, in just two minutes and twelve seconds. Also in the top ten and advancing to the finals were Roman Deshong of Amethyst, Kevin Nealon of Huckleberry, and Andy Sprenger and Jin Chiew, both from Sweet Bloom.

Finally, the Brewers Cup saw 35 competitors brewing coffee for three different challenges: open service, compulsory and audience. Those with the highest score across all three included Justin McCormick-Goodhart from Sweet Bloom, who placed third, and Nicholai Elkins from Switchback, who placed eleventh; both scores were high enough to allow them to advance.

Although the parameters will change slightly for the finals, the categories will remain the same, giving finalists several months to practice, prepare and, of course, caffeinate along the way. If you missed the competition but are curious about what goes down, fear not: A live stream of the weekend is available on the U.S. Coffee Championships website.
KEEP WESTWORD FREE... Since we started Westword, it has been defined as the free, independent voice of Denver, and we'd like to keep it that way. With local media under siege, it's more important than ever for us to rally support behind funding our local journalism. You can help by participating in our "I Support" program, allowing us to keep offering readers access to our incisive coverage of local news, food and culture with no paywalls.
Make a one-time donation today for as little as $1.