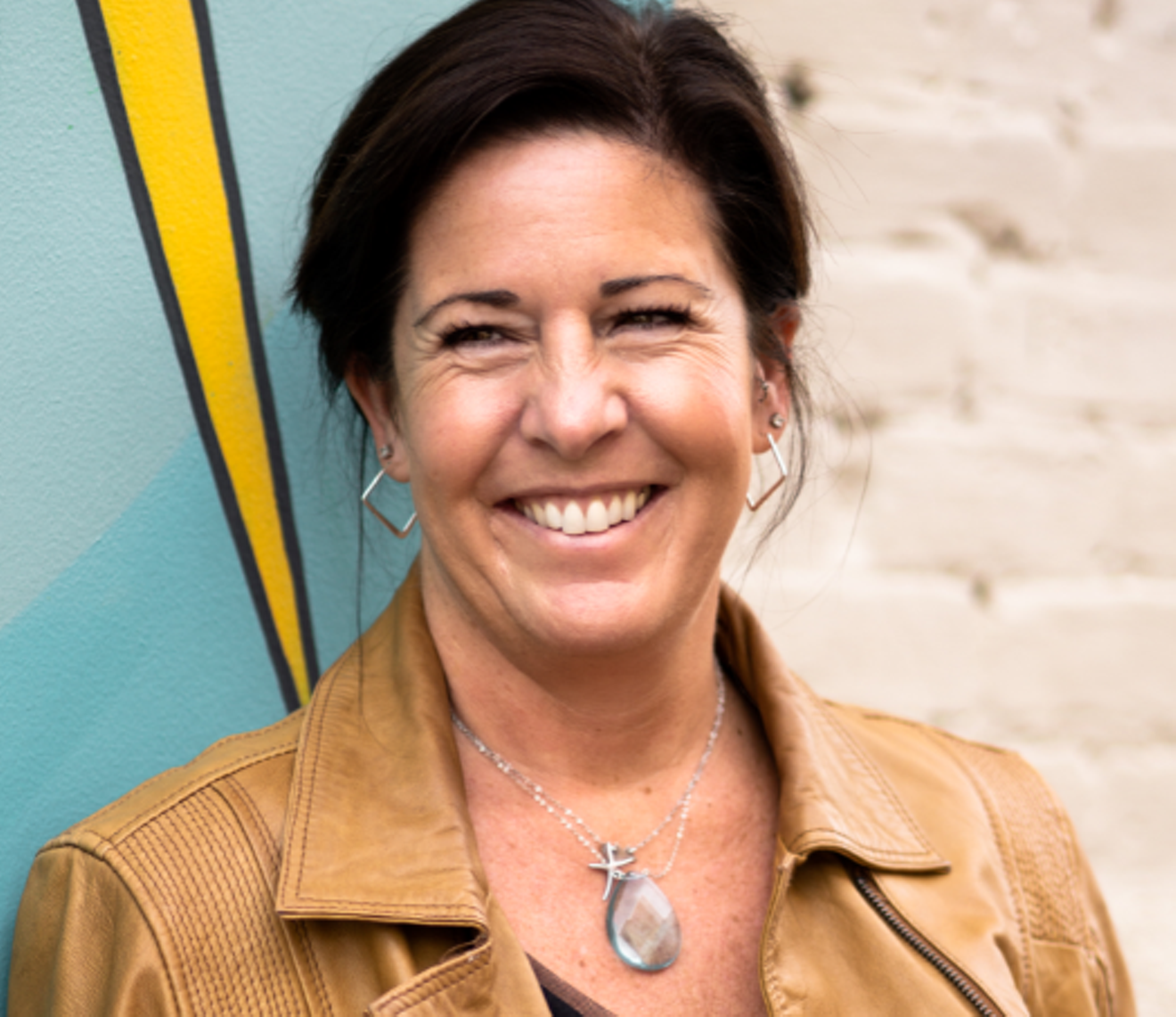 Jennifer Briggs is CEO of Modern Times. Modern Times Beer
The accusations began rolling in last May, and they weren't pretty. Modern Times Beer was called a “toxic” place to work. Employees — women in particular — said they were treated poorly, their ideas pushed aside. Others said they were overlooked, lied to, harassed and even sexually assaulted. Jacob McKean, founder of the famed San Diego craft brewery, was described as a “horrible person.”

Modern Times wasn’t alone, though. Dozens and dozens of breweries, employees and beer-industry workers were being called out, often by name, by women who overwhelmed the Ratmagnet Instagram page with stories of sexism, discrimination, sexual harassment and assault. It was a brutal moment for craft brewing — and one that had, and continues to have, both immediate and longer-term effects.

At Modern Times, the immediate effect was that McKean stepped down as CEO, saying: “I’m sorry. I’m sorry that anyone has ever had to face harassment at Modern Times. No one should ever have to be traumatized at work, and it guts me that people have under my watch. I take full responsibility for that. My heart aches for anyone who came to work for us — full of hope for the career they expected to have with us — only to have that experience marred by harassment.”

Longer-term changes, however, are now in the hands of Colorado's Jennifer Briggs, who was named CEO of the nation’s fortieth-largest craft brewery on January 5 after having served as interim CEO since October. She is one of just a handful of women who have served as the chief executive of one of the fifty largest U.S. craft breweries, and her background makes her the perfect person for the job. 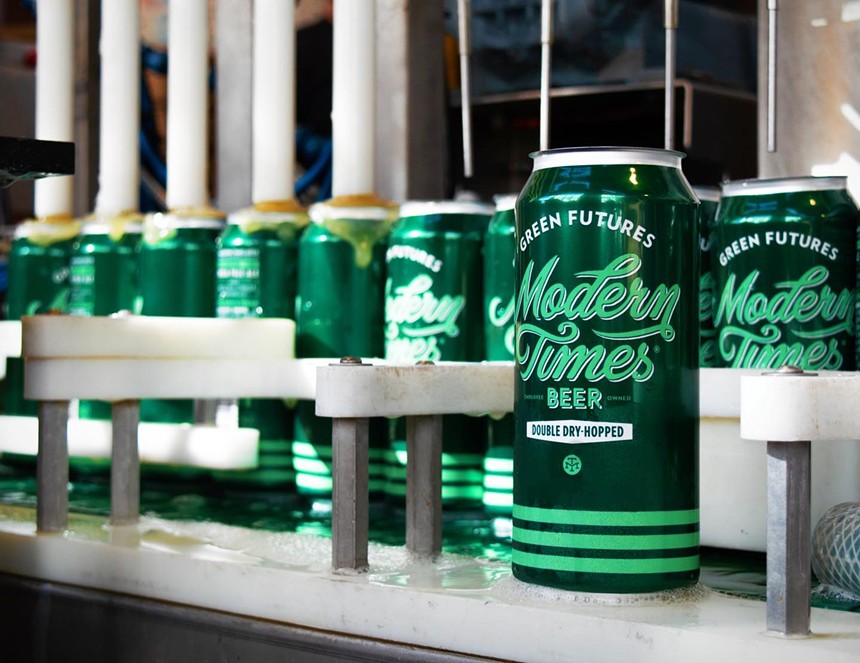 Modern Times Beer
A decades-long Colorado resident, Briggs attended Colorado State University before earning her degree at the University of Northern Colorado in 1997 and beginning a career in human resources. In 2004, she took a job as vice president for human resources at New Belgium Brewing, where she spent twelve years helping to create the company’s well-known progressive culture and working with one of the most powerful and well-recognized women in beer in the United States, New Belgium founder Kim Jordan.

Briggs, who lives in Windsor, left the brewery in 2017 and embarked on a career as a business and leadership coach and consultant, helping corporations (especially employee-owned ones like New Belgium had been before it was purchased in 2019 by Kirin) to change their culture, empower employees and focus on non-traditional leadership. She also took a post with the University of California, San Diego’s Rady School of Management, specializing in employee ownership practices.

Which is how she and Modern Times connected. After the allegations surfaced against the brewery, McKean "asked some of his contacts if they knew some people, some independent people, involved in corporate governance," Briggs says. "He reached out to that community, and my name came up."

But changing a company’s culture isn’t easy — and it won't happen quickly, she warns.

When McKean stepped down, Modern Times also “parted ways” with an employee who had been named in the May Instagram posts. It also changed its harassment reporting process, began conducting “bystander training and enhanced anti-harassment training" for all staff, posted a code of conduct on the walls of its locations and prioritized the hiring of a “diversity, equity and inclusion” manager.

But that's just the beginning. "[We're] not interested in a participation trophy," Briggs explains, adding that resources, programs and training efforts by themselves “don’t change behavior in the long run. It’s about rewiring the organizational psychology of the business, and that doesn’t happen overnight."

What will help transform the company is making sure “people feel like they are included in the business of running the business” and creating inclusive spaces for both the employees and the customers, she continues. That can be done with “open-book leadership” and by communicating company policies on everything from how Modern Times will handle harassment in the future to what the goals of the company are when it comes to selling beer and working with customers.

Modern Times has about 320 employees total.
Modern Times Beer
It can also be accomplished with human interaction and face-to-face communication, something that is more difficult in the midst of the pandemic, but which Briggs is focused on doing. “There were frustrations with [McKean’s] leadership," she notes. "He wasn’t involved in the day-to-day, so this is what I am working on now, not just leaving people on their own and letting them feel unmoored.

“The more people trust each other, the more efficient and effective the business will be,” she adds. “People need to know that they can speak out if there is an issue — and when they do that, they can effect change. Creating a culture of trust is much different than creating a culture of superficial niceness.”

Briggs honed these skills at Denver's Regis University, where she graduated in 2015 with a master's degree in organizational leadership, becoming an expert in subjects like organizational psychology, culture change and executive leadership. But she also learned many of those lessons at New Belgium.

Kim Jordan and Christine Perich, who served in various executive roles at New Belgium for fifteen years and as CEO for one, were both compassionate people — the brewery's internal motto at the time was, "Be loving and excellent" — and fiercely competitive, Briggs says. "It's less about gender and more about how we think about leadership. Soft skills and trust get associated with the feminine side, while ambition and drive are associated with the male side. But I've worked with hard-core, super-competitive women who also had soft skills and with men with soft skills who were also very driven. So that taxonomy is broken."

At New Belgium, she points out, "I was very fortunate to have worked for two leaders who happened to be women who exhibited both traits."

But trust and communication are a challenge for a business as spread out as Modern Times. The brewery was founded in San Diego in 2013, and its beers are now distributed in nine states. In addition to having three taprooms in San Diego County, Modern Times runs taprooms or restaurants in Anaheim, Los Angeles, Santa Barbara, Oakland and Portland, Oregon. It also operates its own coffee-roasting and retail sales business.

Modern Times has many taprooms, including this one in Portland, Oregon.
Modern Times Beer
“Modern Times is so incredibly lucky to have all these tasting rooms and restaurants and the kind of human interaction that a lot of other manufacturing breweries don't have,” Briggs says.

But there is still plenty of blowback from last year, and Briggs knows it will be a challenge to win back some of the people who have actively stayed away from, or even boycotted, the breweries mentioned in the Ratmagnet Instagram posts. "For me as a female in brewing, I was glad it got escalated. As women, it’s something we have been talking about for a while, but it never made the news." The same, she says, is true of diversity when it comes to brewery ownership and staff. “And it’s not just craft brewing. These are big, complex societal issues, and the solutions are difficult and they take time.”

People should be careful not to “cancel” an entire company, however, especially one that is making room for change, she warns. “That's the difference between social media and real life.”

Briggs's appointment comes at a crucial time for Modern Times, which is attempting to follow its customers, some of whom are moving away from California and into Arizona, Texas and Colorado. In fact, the brewery just hired its first full-time sales rep in Colorado. The company is also trying to figure out how to adjust to the continuing pandemic when it comes to balancing draft sales with can sales — and how to compete as many of the larger craft breweries team up or consolidate.

"Trying to make everybody happy is beyond what any one leader or company can do," Briggs concludes. "But we can build community. And we’re starting from the inside out."
KEEP WESTWORD FREE... Since we started Westword, it has been defined as the free, independent voice of Denver, and we'd like to keep it that way. With local media under siege, it's more important than ever for us to rally support behind funding our local journalism. You can help by participating in our "I Support" program, allowing us to keep offering readers access to our incisive coverage of local news, food and culture with no paywalls.
Make a one-time donation today for as little as $1.