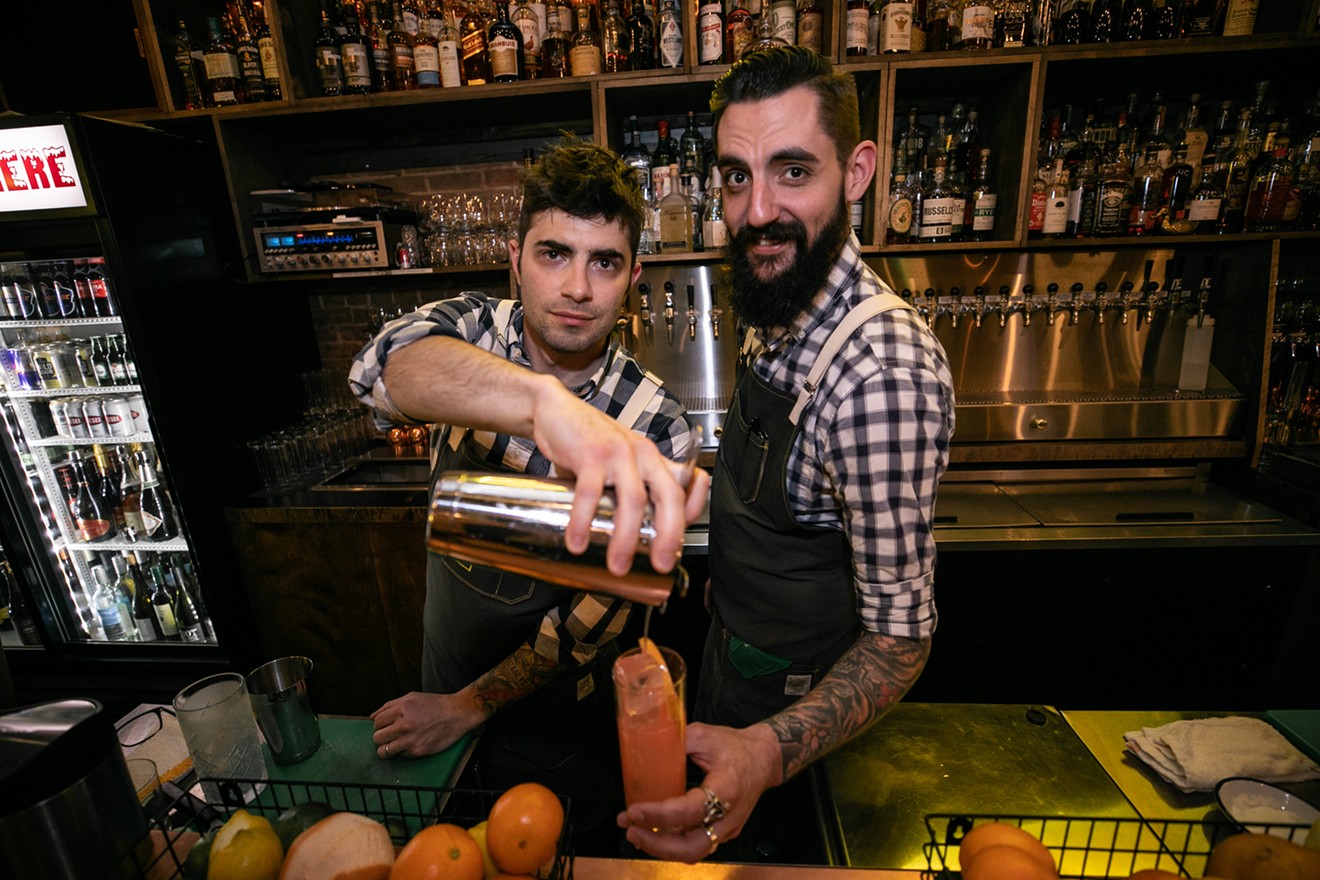 Brass Tacks is more fun than fussy when it comes to cocktails. Aaron Thackeray
Every drinker has a preferred style of bar, whether that's a comfortable neighborhood classic, a sultry lounge or a loud and lively party. Denver saw a little of everything open in 2019, broadening the range of destination watering holes across the metro area. Here are the ten best bars to open in the past twelve months, in alphabetical order.

Brass Tacks gets down to the business of serving good drinks.
Mark Antonation

1526 Blake Street
720-379-3993
brasstacksdinebar.com
The craft cocktail scene was feeling a little stale in Denver before Brass Tacks opened in February, making it fun to hang out in bars again. Owners Katsumi Yuso Ruiz, Stephen Julia, Zach Spott and Stuart Jensen didn't dispense with quality ingredients or obscure spirits; they just packaged them in cocktails on tap and in bottles that look good, taste good and don't rob you of fifteen minutes of your life as you watch someone scurry around for ingredients and then studiously stir concoctions. There's amusing food to match, with an $8 cheeseburger, a Viet-Cajun boil, and a dirt-cheap breakfast sandwich you can score as early as 10 a.m. (practically daybreak for industry folks).

1581 South Pearl Street
303-284-4976
hazel.bar
Was this Platt Park bar the last to open in 2018 or the first in 2019? Why quibble, when you can instead drop in to enjoy drinks served alongside art by local artists. Owners Tom and Tori Schumacher designed the space, named after Tori's great-aunt, as a haven for art lovers and anyone interested in creating something of their own. Enjoy wine, beer or cocktails while taking a class; there's even a cigarette machine that's been converted to dispense art kits so that you can make your own masterpieces. 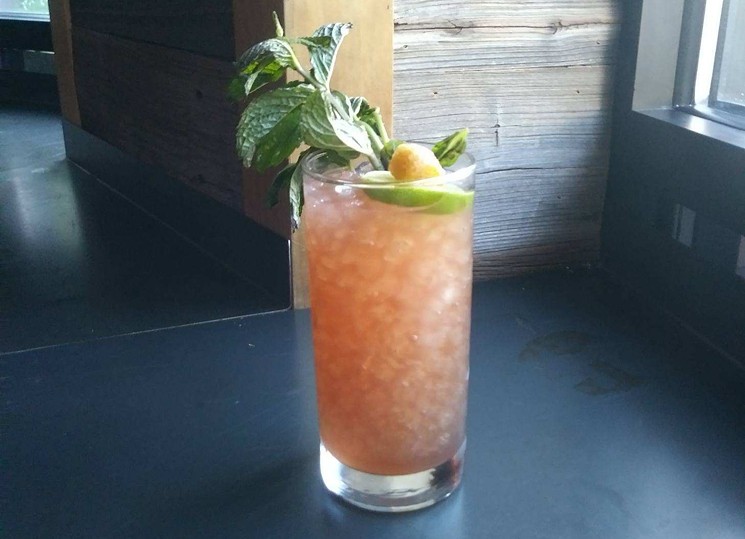 One of the many tiki drinks at Hidden Idol.
Matt Lundquist

2240 Clay Street
720-389-8109
thehiddenidol.com
While the June opening of Hidden Idol could be considered a move, the tiki bar formerly located in the upstairs space at the now-shuttered Southside Kitchen reinvented itself for its new home in Jefferson Park. Choose from nearly twenty fruity, boozy and coconut-y cocktails, with perhaps a Spam-and-pineapple slider or two to absorb the alcohol. While Hidden Idol isn't as hidden as it once was, it's better than ever. 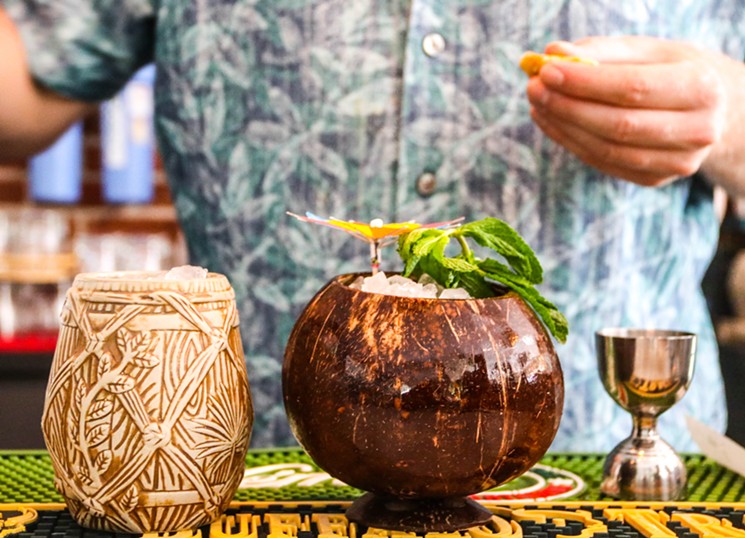 Boulder got its own tiki bar when Jungle opened.
Casey Giltner

2018 Tenth Street, Boulder
303-786-8585
jungletiki.com
Boulder got a new tiki bar, too, thanks to the owners of Arcana. Just around the corner from the busy Pearl Street Mall, Jungle still feels like a secret retreat, where tropical plants and wicker furnishings ease the transition to island time. Drinks come in vessels shaped like conch shells, parrots and octopuses, and some are even set aflame as they're served. (So watch those ’80s bangs, Heather Locklear!) 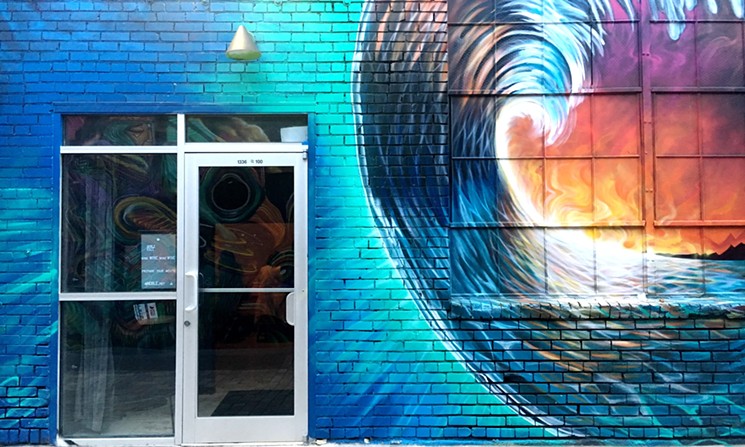 Noble Riot is hard to find, but it's not a speakeasy.
Mark Antonation

1336 27th Street
303-993-5330
nobleriot.com
Back in April, Nocturne owners Nicole and Scott Mattson, along with wine veterans Joel Kampfe and Troy Bowen, opened a new kind of wine bar: one that ditches stodgy convention for something a little more intriguing and adventurous. They've assembled a lineup of small-vineyard natural wines, along with a supporting cast of bites and cocktails, in the intimate space that was previously Greenlight Lab. Brighter paint, white tile behind the bar and raucous music welcome wine lovers or the wine-curious, who are immediately set at ease with a menu that boldly proclaims the best thing about drinking wine is that it's "fucking fun."