Brunch of the Week: The Chicken and the Egg at Post Brewing Co.

The Hippyster, with added fried chicken. Bridget Wood
If you like award-winning beer for breakfast, The Post Brewing Co. on South Broadway, one of four chicken-and-beer joints in the Big Red F group of restaurants, serves five such brews made at the company's own brewery — along with some deeply satisfying fried chicken.

I'm here for brunch, but that doesn't preclude a beer or two, including Howdy All-American Pilsner, which took home bronze for an American Style Pilsner at the 2018 Great American Beer Festival, and Achtertuin Seizoen Farmhouse Ale, a gold-medal winner in 2016. Townie Ale and Meathooks both placed in the 2015 International Beer Competition, while Top Rope Mexican Style Lager, which placed in the 2016 US Open Beer Championship, is used in the Post's Man-mosa (along with a little vodka).

But not everyone wants suds for brunch, so the Post also pours standard a.m. favorites, like bottomless mimosas for $13. If you're going that route, I recommend the Country Bubbles, a mimosa variation made with limeade and champagne.

These doughnuts are un-holey.
Bridget Wood
What goes well with beer? The cinnamon-sugar doughnuts were calling to me because they combine my three favorite words: cinnamon, sugar and doughnuts. More enticing words: maple syrup whipped cream, which comes on the side and spreads on so easily over the warm spheres (these doughnuts don't have holes).


General manager Colleen Clark notes that the Southern Spank and the Hippyster Skillet are two of the Post's most popular brunch dishes (beyond the standard chicken and waffles and chicken basket), so those two jumped to the top of my list. The Southern Spank, which comprises grits, collard greens, stewed tomatoes, fried chicken, an egg and a ladleful of thin gravy, is a little soupy, but that just offers a good excuse to order a biscuit to sop up the juices.

Bridget Wood
The Hippyster Skillet is a vegetarian’s dream, with roasted Brussels sprouts, red and sweet potatoes, kale and scrambled eggs topped with whipped goat cheese. Being the carnivore that I am, I added fried chicken as a topping. Even without the bird, though, this is a huge and filling dish that would make for great leftovers later in the day.

However you order your fried chicken, know that the poultry embarks on a long journey before it hits your plate. It starts in a lemon-and-rosemary brine, followed by an overnight buttermilk bath and then a dredging in three types of gluten-free flour. You can get your chicken naked or spice it up with one of the Post's signature sauces: Nashville hot, Kansas City BBQ, spicy teriyaki, Carolina gold or Buffalo.

Clark is a hands-on manager, and you can see her nearly every Sunday running food, making drinks, clearing dishes, directing the staff and interacting with guests. She might be the GM, but she jumps in wherever she can to make sure everything runs smoothly. "Our team is great, and we all work together to try and make brunch a great experience for everyone,” she explains.

We stopped at the Post Brewing Company at 2200 South Broadway, but the restaurant also has locations in Boulder, Lafayette and Longmont. For more information, call 720-466-5699 or visit the Post Brewing. Co.'s website. Hot tip: The Post makes its own hot sauces, Zippy Jalapeño and Howdy Habanero, so you can add a dash to your eggs or your beer.
KEEP WESTWORD FREE... Since we started Westword, it has been defined as the free, independent voice of Denver, and we'd like to keep it that way. With local media under siege, it's more important than ever for us to rally support behind funding our local journalism. You can help by participating in our "I Support" program, allowing us to keep offering readers access to our incisive coverage of local news, food and culture with no paywalls.
Make a one-time donation today for as little as $1. 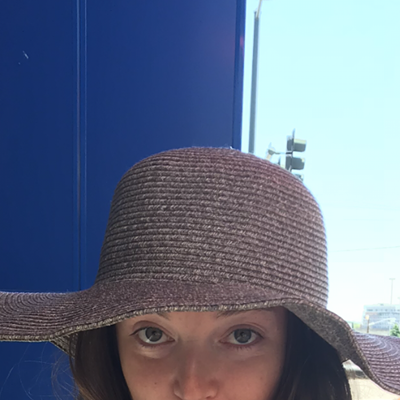