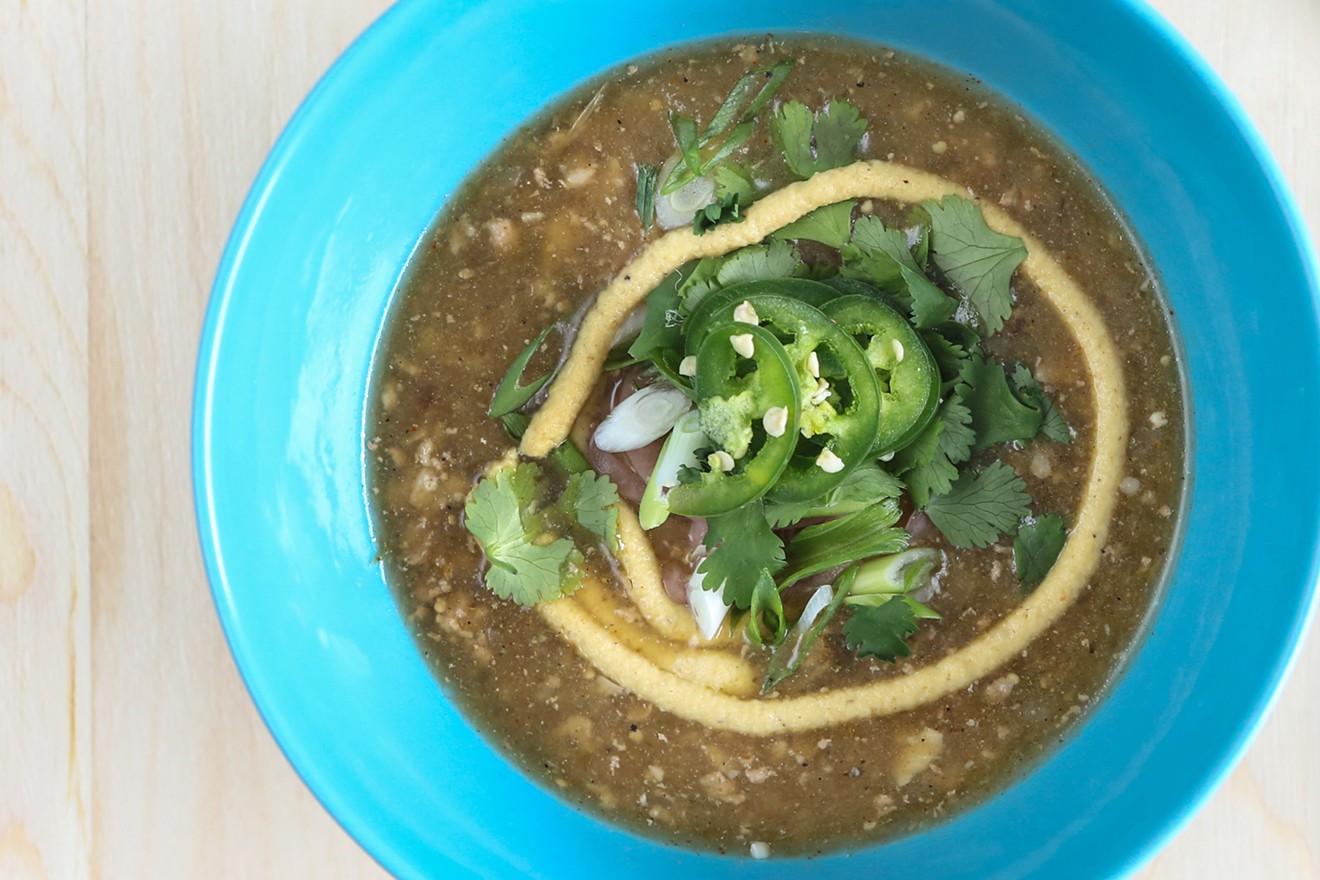 Just Be Kitchen's pork green chile will make an appearance on Diners, Drive-Ins and Dives. Courtesy of Just Be Kitchen
Just Be Kitchen is Denver's only completely gluten-free restaurant dedicated to those seeking comfort food free of grains, processed sugars and dairy. It hardly comes across as the kind of food that would attract celebrity chef Guy Fieri, but it turns out it was exactly what he was looking for on a recent visit to Denver.

Fieri's Food Network show, Diners, Drive-Ins and Dives, visited Just Be Kitchen (at 2364 15th Street) earlier this year to film an episode, explains owner Jennifer Peters. She says that she was initially nervous about the filming, but that Fieri was exceptionally gracious and the rest of the show's crew put her at ease during their visit. "We were excited when they called to ask us to participate, and it was such an amazing team and crew to work with," Peters adds.

The production team let Peters know they wanted to feature two dishes on the show: a pork green chile bowl served with Just Be's house "cheddar wiz" and an almond-flour tortilla, and a chicken-and-dumpling dish made with bone-broth gravy and cassava dumplings. Peters gives her dishes inspirational or comforting names, so the green chile is called Wholehearted, while the dumpling dish is called Cozy. She says that both dishes can be made keto-friendly or Whole 30-approved (a process that required sending recipes to the Whole 30 Program's headquarters). 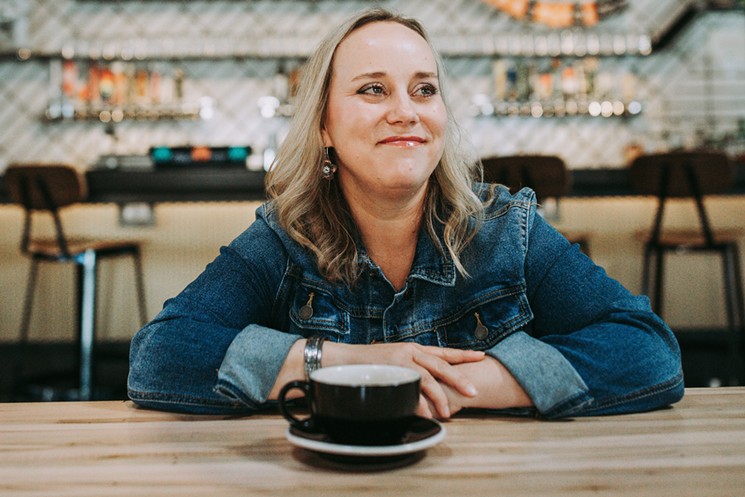 Just Be Kitchen owner Jennifer Peters hosted Guy Fieri earlier this year.
Courtesy of Just Be Kitchen
“It’s really an honor for a restaurant like us, who are wholly centered on wellness and nutrition, to be selected for a show that is to such a mainstream audience," the restaurant owner notes.

Fieri is known for leaving his signature graffiti stencil on an interior wall of each restaurant he visits, but Just Be's decor, decked out entirely in robin's-egg blue with framed motivational phrases, didn't lend itself well to the TV show host's flamboyant style. Still, the show producers were able to find a way to add the show's mark in a tasteful way. But then Peters, who was sworn to secrecy until today (Wednesday, March 11), had to politely deflect questions about the logo from curious customers.

The Just Be Kitchen episode of Diners, Drive-Ins and Dives airs on the Food Network at 7 p.m. mountain time on March 20, 2020.

Another Denver eatery, the Welton Street Cafe, also just received its moment in the DDD spotlight; its episode originally aired on March 6, but is still available to Food Network viewers.
KEEP WESTWORD FREE... Since we started Westword, it has been defined as the free, independent voice of Denver, and we'd like to keep it that way. With local media under siege, it's more important than ever for us to rally support behind funding our local journalism. You can help by participating in our "I Support" program, allowing us to keep offering readers access to our incisive coverage of local news, food and culture with no paywalls.
Make a one-time donation today for as little as $1.